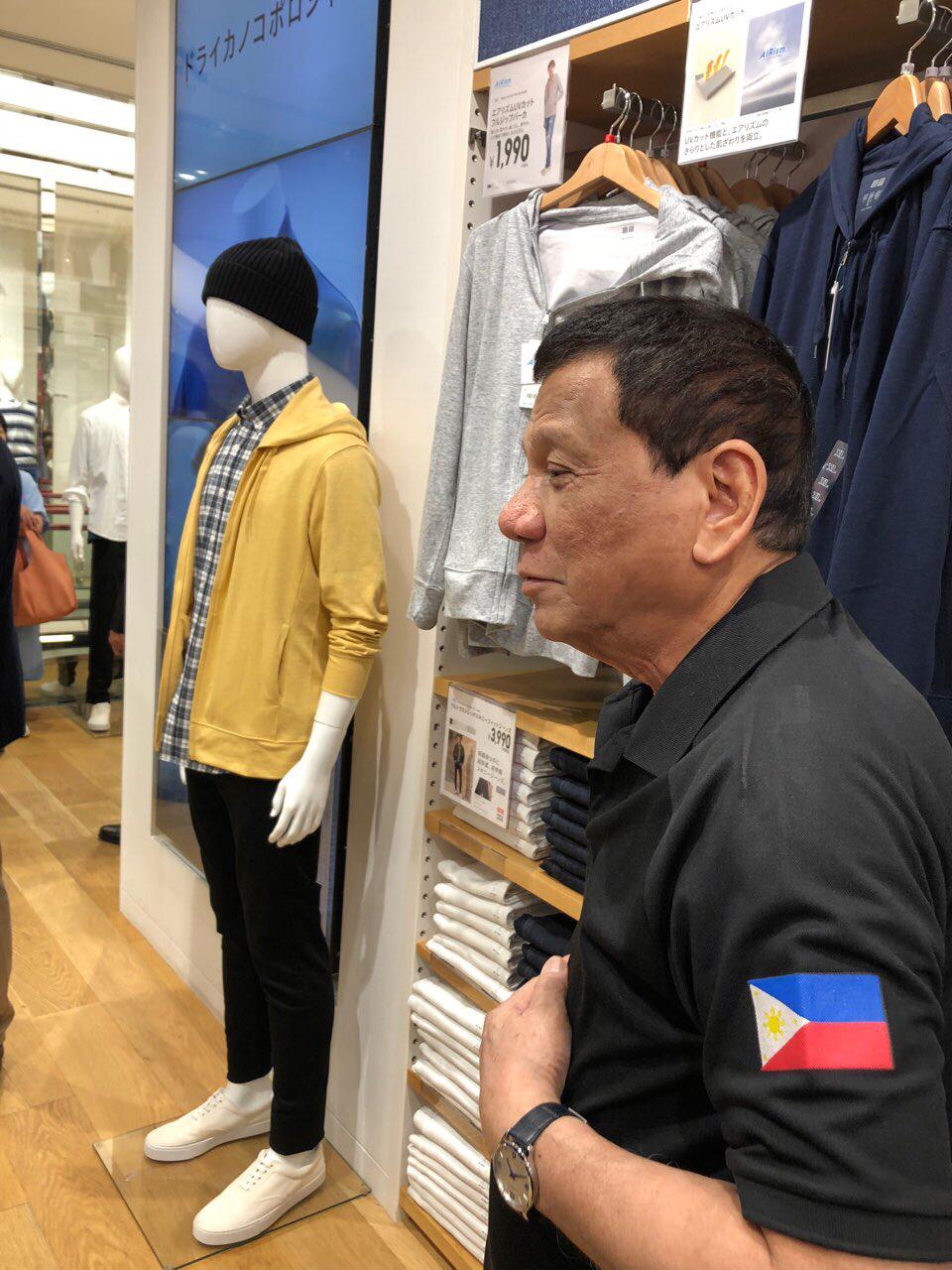 TOKYO — President Rodrigo Duterte went shopping here Thursday in an apparent break from the official schedule of his four-day working visit to Japan.

Accompanied by his partner, Honeylet Avanceña, and daughter, Kitty, Duterte went to a store of homegrown global apparel chain Uniqlo, where he bought casual clothes.

He also went to an Apple store and checked out the latest gadgets from the US tech company.

(The President bought clothes, it was his only chance to look around. This is his first time to go around downtown. He bought simple clothes).

The President also went to an Apple store and checked out the latest gadgets from the US tech company.

Go said the President wanted to purchase  a cellphone for Kitty. 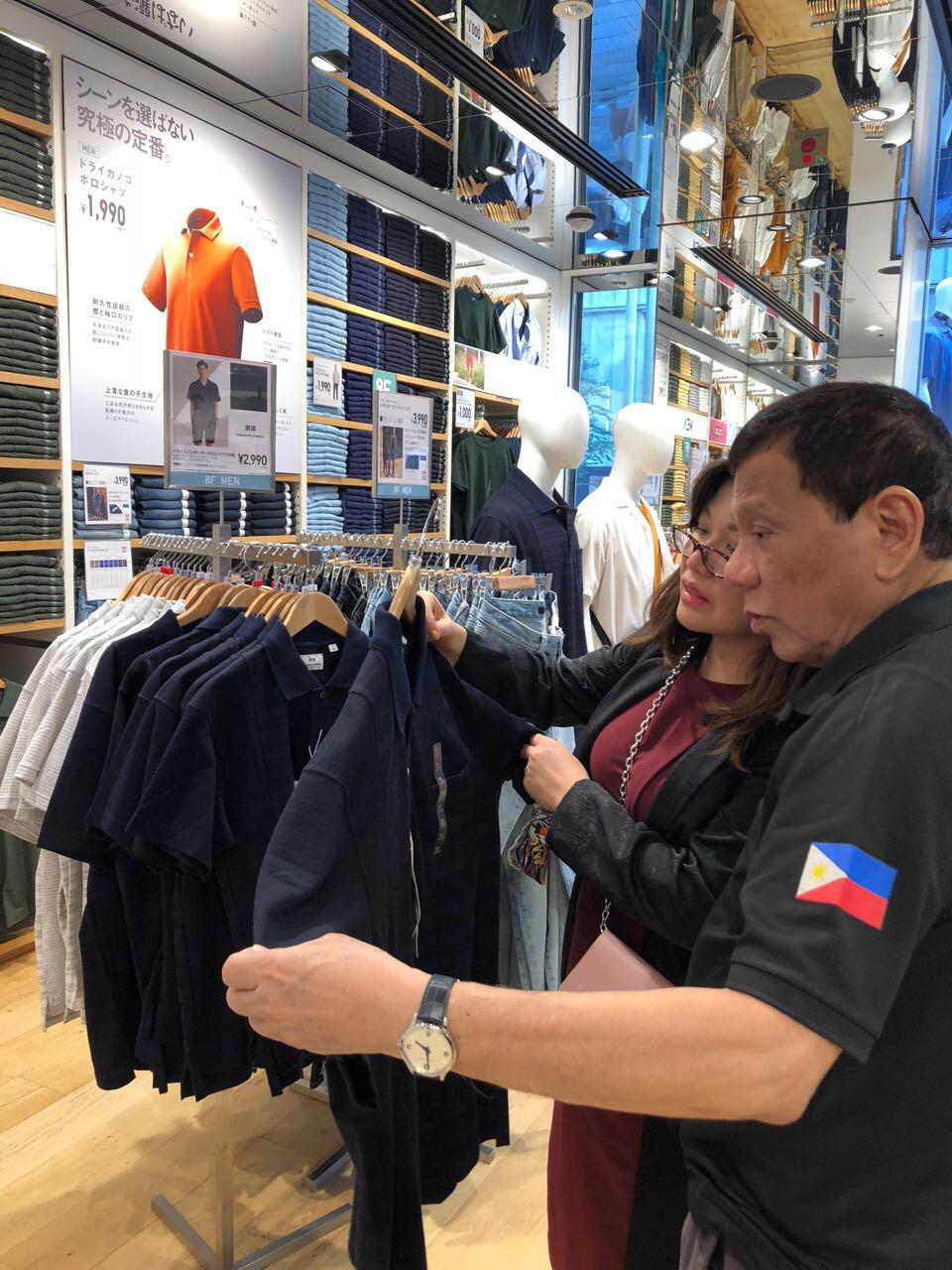 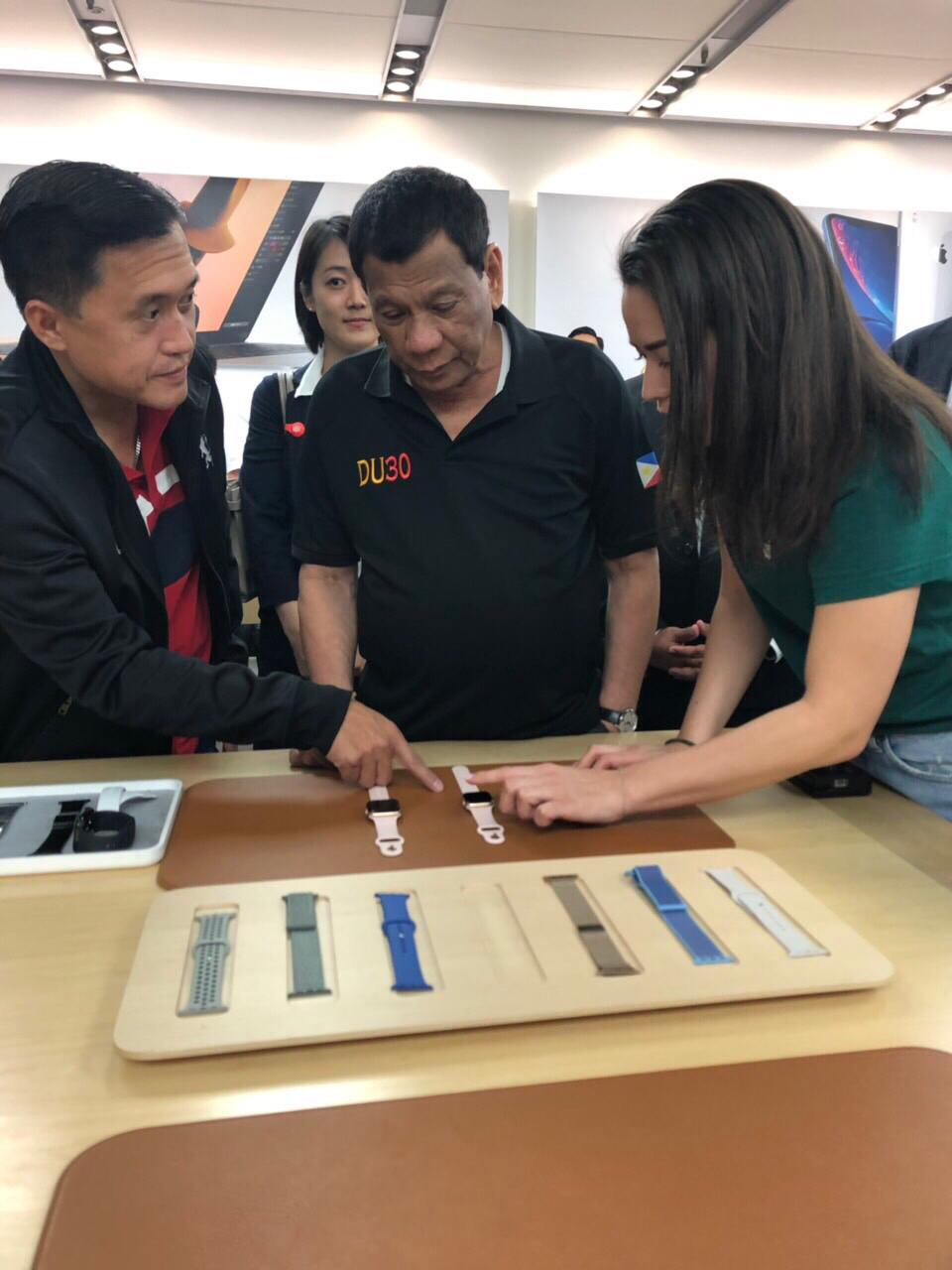 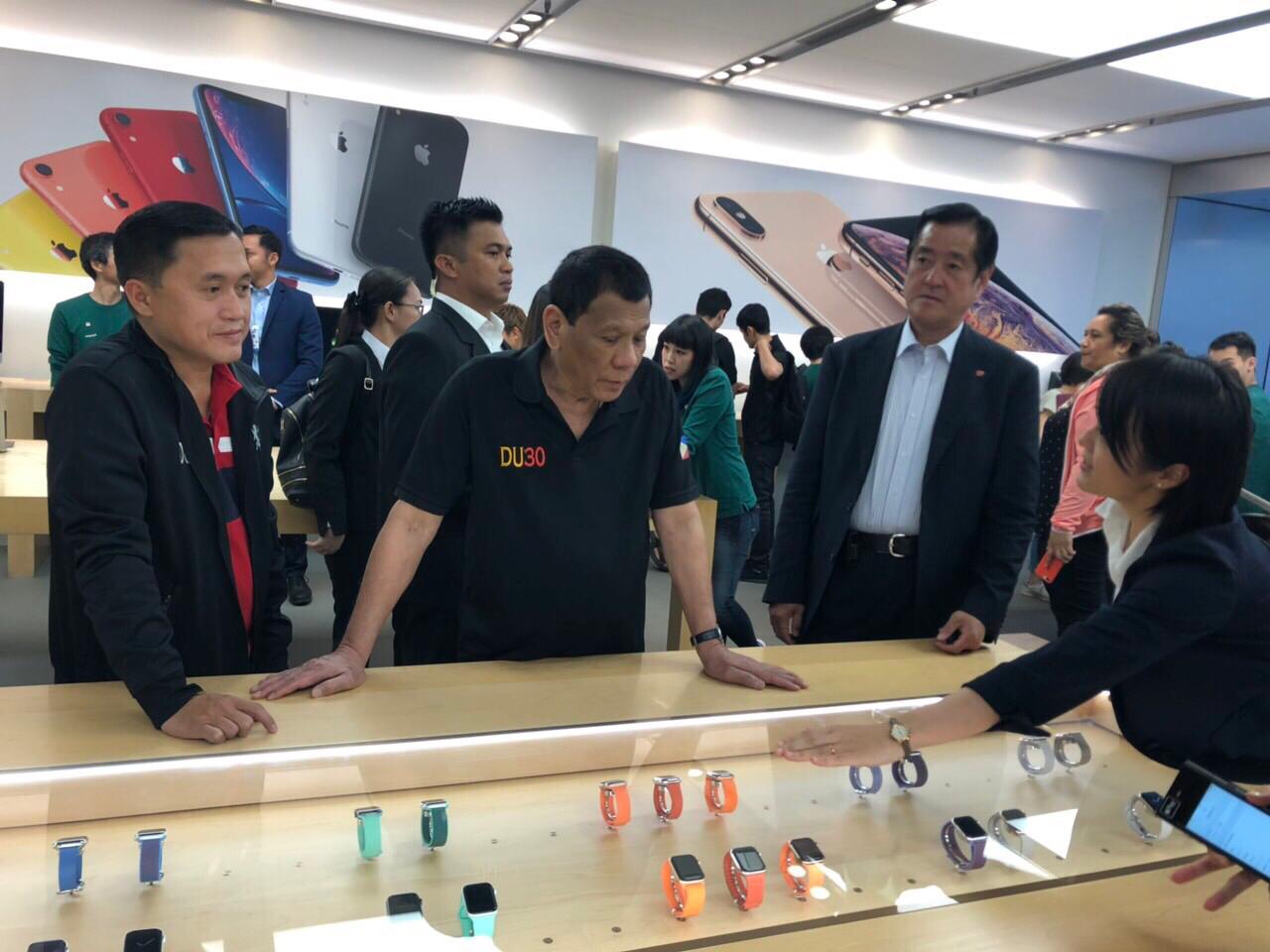