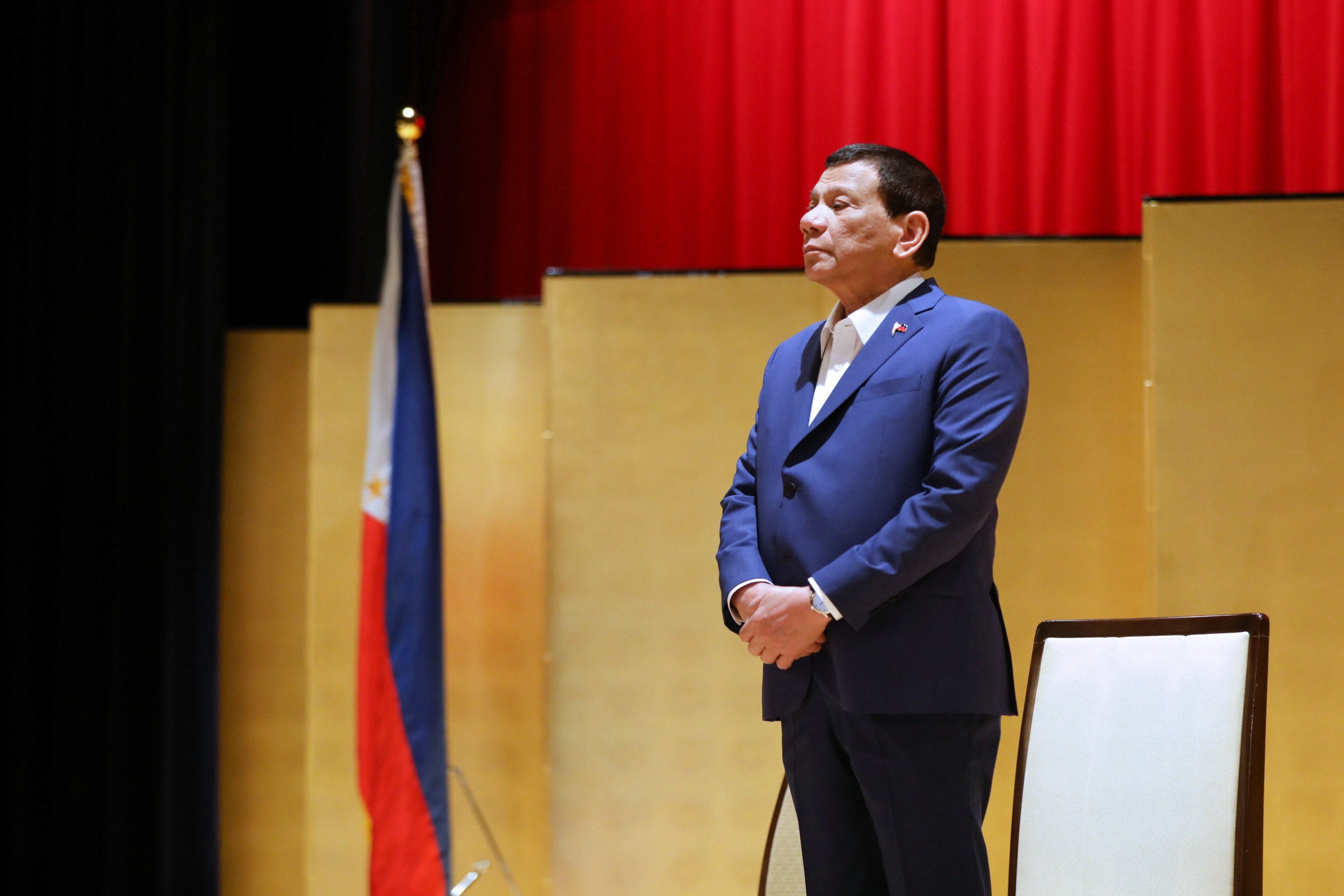 President Rodrigo Roa Duterte witnesses the program proper during the business forum at the Imperial Hotel in Tokyo, Japan on May 29, 2019. KARL NORMAN ALONZO/PRESIDENTIAL PHOTO

TOKYO — President Rodrigo Duterte has condemned the mass stabbing in Kawasaki, just outside this capital city of Japan, that left at least three people dead, including the male suspect, and injured 17 others.

“I  express  my  profound  shock  and  grief  over  the  mass  stabbing  incident which  regretfully happened  in  Kawasaki.  I  am outraged  by  this  brutal  attack  against  innocent  young  children,” Duterte said in a statement on Wednesday.

A knife-wielding man went on a stabbing spree at a school bus stop in the industrial city of Kawasaki on Tuesday. The suspect slashed himself after killing two people and wounding more than a dozen others.

“On  behalf  of  the  Filipino  people,  I  extend  my  sincere  prayers  for  the  victims  and  our deepest  sympathies  to  their  families  who  need  solace  and  strength  in  this  difficult  time,” Duterte said.

Duterte is currently on a four-day working visit here. This is his third trip to Japan as President of the Philippines. (Editor: Katherine G. Adraneda)