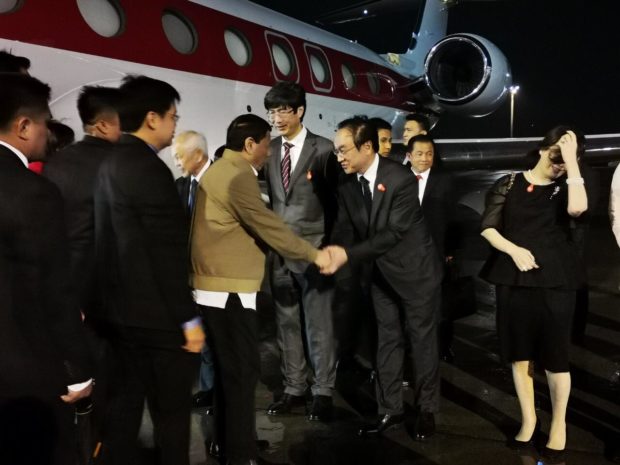 President Rodrigo Duterte arrives at the Haneda Airport in Tokyo on Tuesday, May 28, 2019, for his four-day working visit in Japan. (Photo from Malacañanang)

TOKYO, Japan — Unlike United States President Donald Trump, President Rodrigo Duterte will not be able to meet Japanese Emperor Naruhito during his four-day working visit here due to some protocol restrictions.

“No one will see him — not even any one of the five that were invited to speak at Nikkei because Nikkei is a private affair,” Laurel said in a press briefing.

President Duterte is among the five Asian leaders to deliver a keynote speech at the Nikke’s 25th International Conference on the Future of Asia on May 30 to 31.

“You see the Japanese are very protocolar. They are very traditional. They actually choose who visits them,” Laurel said.

Trump was able to meet the emperor during his four-day state visit here.

Naruhito became emperor a day after his father Akihito abdicated the throne.

On his second visit here in 2017, President Duterte met with Emperor Akihito and his wife Empress Michiko and thanked them for visiting the Philippines in 2016.