Japan ready to support Philippines in its security needs 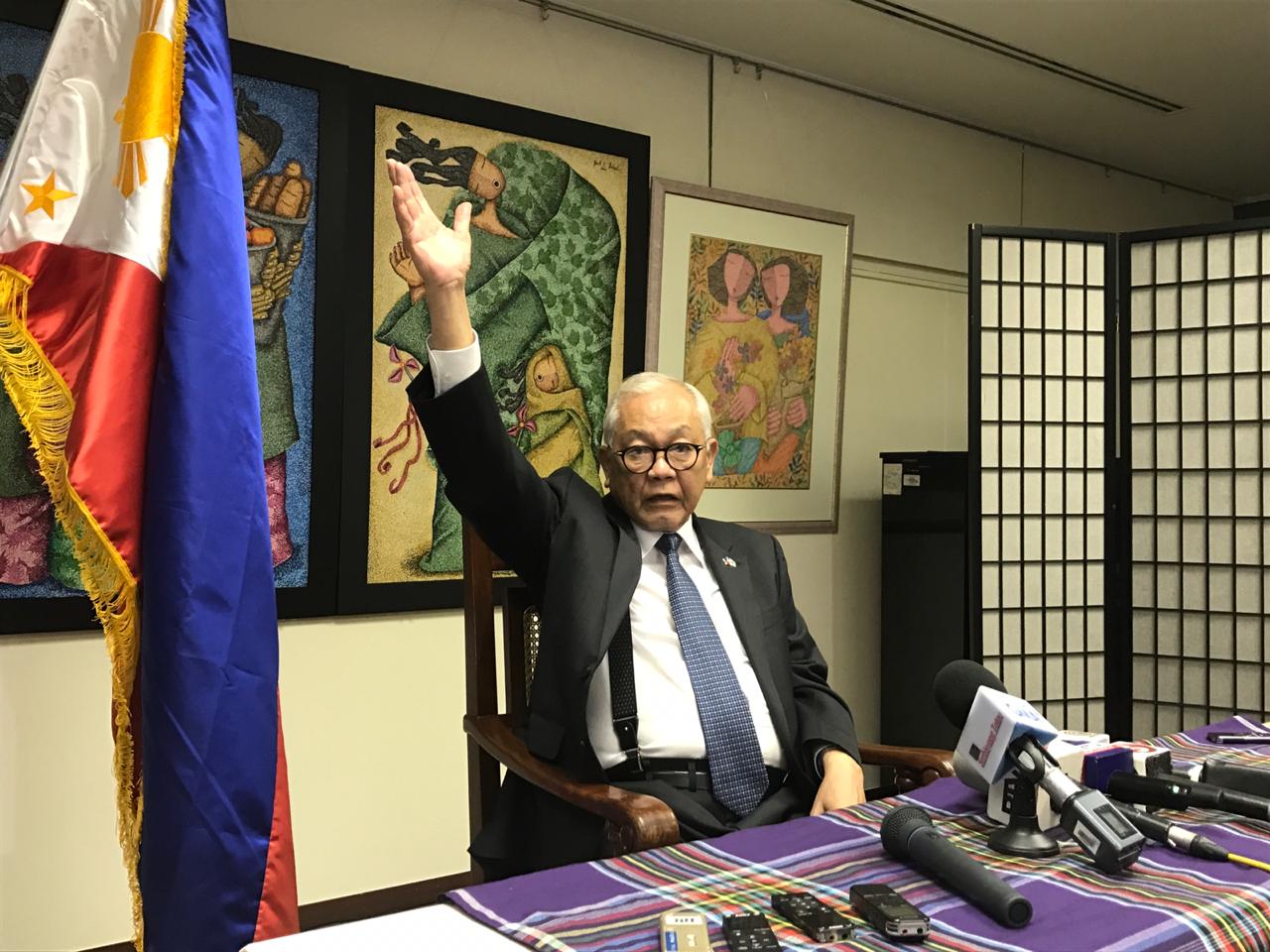 Philippine Ambassador to Japan Jose Laurel V says Tokyo is ready to support the Philippines in its security needs as Manila continues to face threats of terrorism and confronted with Beijing’s aggression in the disputed South China Sea. INQUIRER.net photo / NESTOR CORRALES

TOKYO — Japan is ready to support the Philippines in its security needs as Manila continues to face threats of terrorism and confronted with China’s aggression in the disputed South China Sea, the Philippines top envoy here said Tuesday.

“Japan will support the Philippines in its needs particularly in security,” Laurel told Philippine media in a press briefing here.

As a trading country, Laurel said Japan “survives in selling their manufactured goods to the world.”

“They have to keep the shipping lanes open,” he said.

The South China is a vital economic sea lane in the Asian region but China’s reclamation activities and militarization in the disputed waterway have raised concerns on peace and stability in the area.

While Japan is not a claimant in the South China Sea, Tokyo has been vocal in  its stand of maintaining peace and stability in the disputed sea.

Under the Duterte administration, Japan has donated patrol vessels to the Philippines to strenghten Manila’s maritime capability within its territorial waters.

Tokyo has also given patrol planes and helicopter spare parts to the Philippines to bolster the country’s air assets.

The Philippines and Japan have also conducted joint maritime patrols in the West Philippine Sea under the Duterte administration. (Editor: Jonathan P. Vicente)