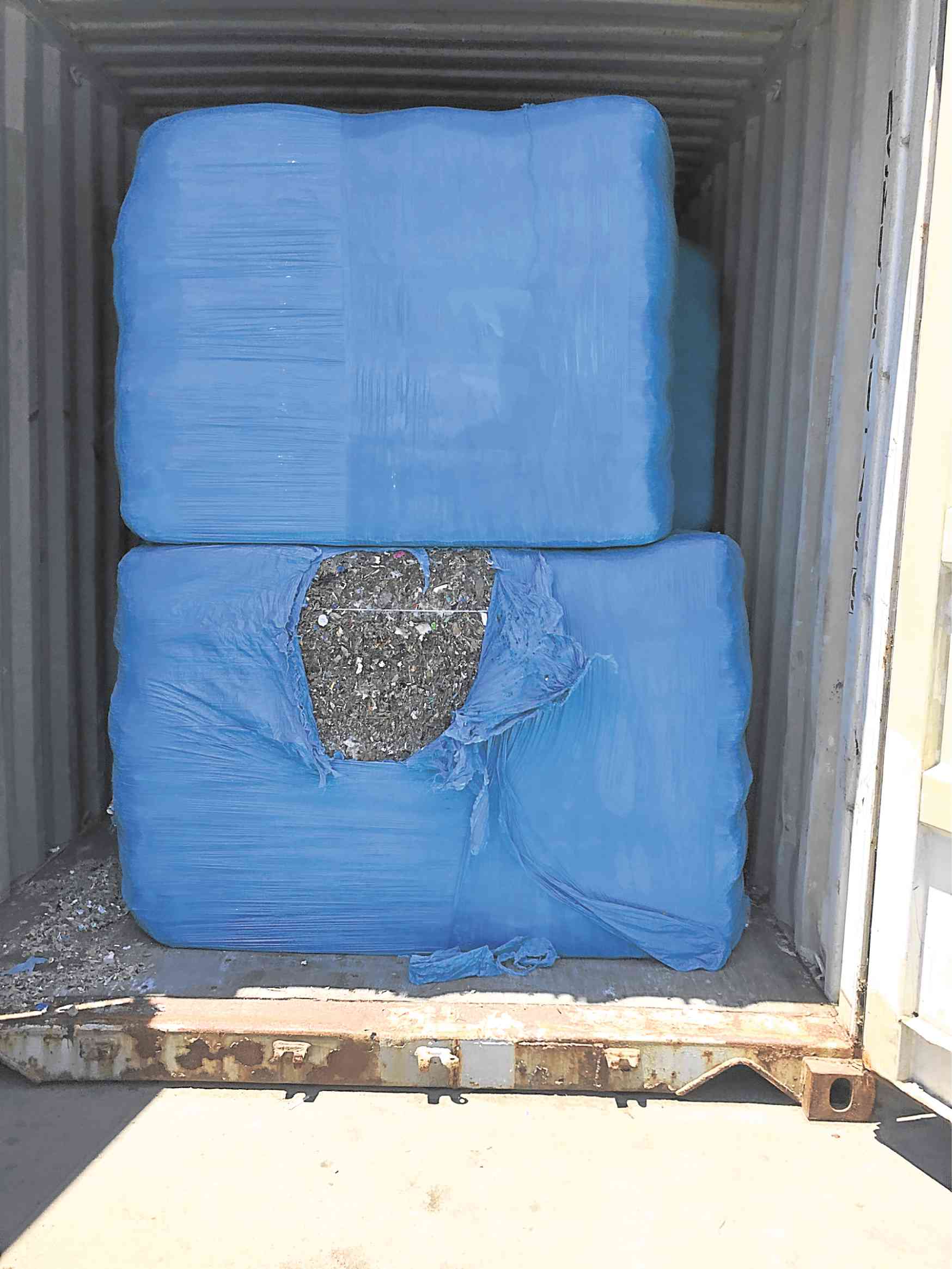 FUEL FROM TRASH Containers of processed waste materials from Australia are stored in an industrial estate in Tagoloan, Misamis Oriental, pending clearance for its release. A cement manufacturer says it will use the trash as fuel for its plants. —CONTRIBUTED PHOTO

CAGAYAN DE ORO CITY — Nine container vans that arrived in Misamis Oriental province from Australia early this month did not contain toxic garbage but processed materials that will be used as fuel for a cement company’s manufacturing plants, the Bureau of Customs (BOC) said on Thursday.

The materials arrived on May 3 at the Mindanao Container Terminal (MCT) in Tagoloan, Misamis Oriental, some 26.9 kilometers from this city.

Pague allayed fears that the materials might be hazardous and were purely garbage, like the trash from Canada that arrived in 2013 and 2014 in Luzon and those from South Korea that was shipped to Misamis Oriental last year.

He said that the imported PEF contained items from municipal waste, such as plastic, rubber, wood and paper, which would not pose any hazard to the public.

“The evil that we’re trying to avoid—[that] it might cause seepage to the water tables or whatever contamination—is totally absent considering that it will be directly fed to the furnace,” Pague said.

He was referring to cement manufacturer Holcim Philippines Inc., a member of the Lafarge Holcim Group, the company that imported the materials.

The PEF will be used by Holcim’s cement plants in Davao and Lugait, Misamis Oriental.

Pague said the regional office of the Department of Environment and Natural Resources’ Environmental Management Bureau (DENR-EMB) had cleared Holcim to import PEF for cement manufacturing.

The Singapore-based ResourceCo Asia Pte. Ltd. and EMB have exchanged letters that signified the government’s approval of PEF importation, according to copies of these letters furnished the Inquirer.

In 2017, ResourceCo sought EMB’s approval to export PEF and to supply these to cement manufacturers in the Philippines.

In his letter to EMB, Pavel Cech, ResourceCo managing director, said “the cement manufacturers in the country have been continuously exploring the use of green and alternative fuels and raw materials for use in their cement manufacturing process as part of their sustainability programs.”

In an Oct. 30, 2017 letter, Metodio Turbella, EMB regional director, said his agency had no objection to the importation of PEF to be used as alternative fuel in cement kiln.

In March this year, Turbella said the EMB’s approval of ResourceCo’s bid to export PEF to the Philippines was “technically binding until such time that there will be updated legislation or policy on the importation of recyclable materials prohibiting the importation of PEF.”

The imported materials are stored at the Phividec Industrial Estate compound in Tagoloan.

The issue about the Australian waste reaching the Philippines was first raised by MCT collector John Simon in a television interview on Wednesday. Simon accused the broker of the shipment, the same one who handled the importation of waste from South Korea last year, of infraction and should be held answerable for the entry of the materials.

But Alan Cuyno, technical manager of Holcim Philippines Inc., said in the same interview that what the firm had imported was “not garbage” but “low-grade fuel.”