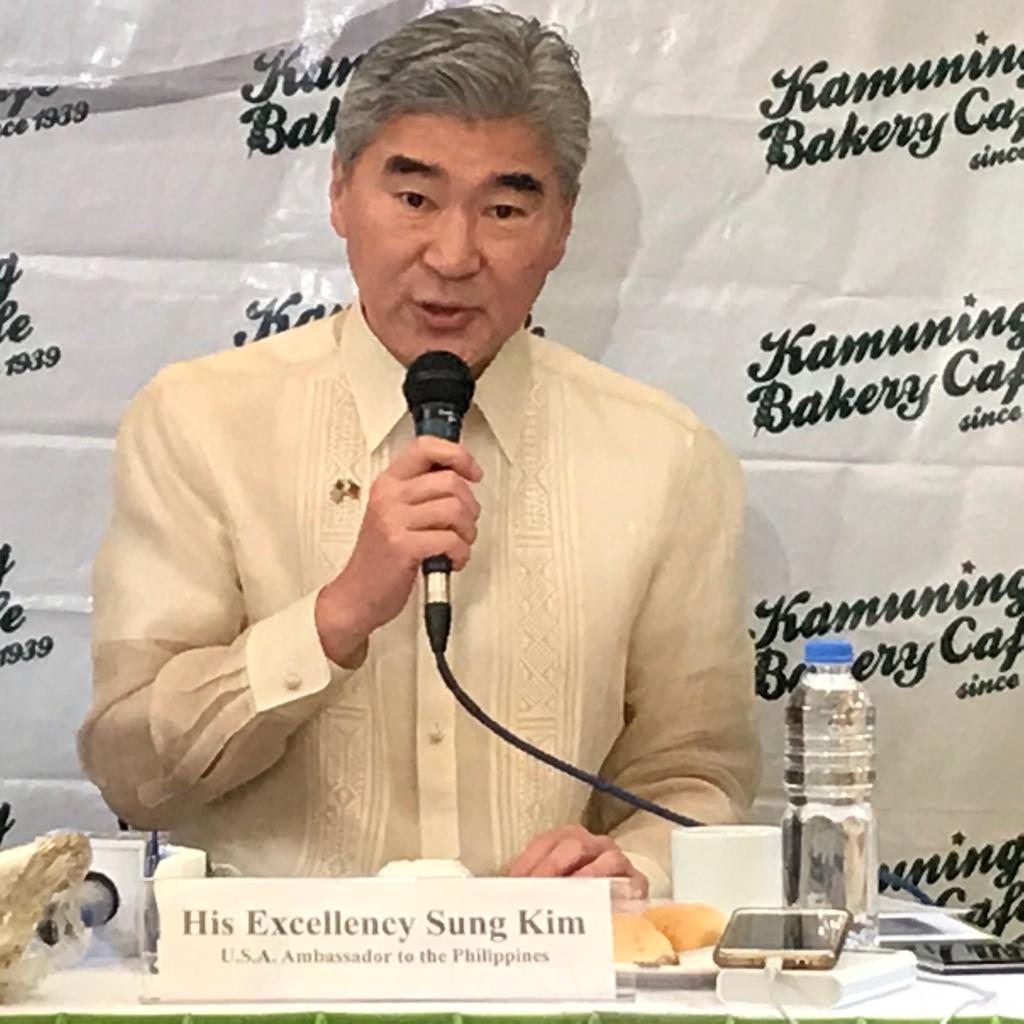 US Ambassador to the Philippines Sung Kim, during the Pandesal forum on May 23, 2019 in Quezon City. Noy Morcoso/Inquirer.net

MANILA, Philippines — US Ambassador to the Philippines Sung Kim on Thursday said that despite warnings from Washington, “it’s up to the individual country’s decisions” to accept or refuse projects powered by China’s technology.

“I think Secretary (Mike) Pompeo and other senior officials in Washington and beyond have made very clear our concerns about security when it comes to using China’s technology,” the US envoy said in a media forum in Kamuning, Quezon City.

“And frankly, it’s not just concerns about the United States, I think many countries share those concerns,” Kim added.

Senators have raised alarm over a project of the Department of Local Interior and Government (DILG) where “video surveillance system” using 12,000 closed-circuit television cameras will be installed in Metro Manila and Davao City, citing security issues.

The US Commerce Department later followed suit, adding it to a blacklist that made Huawei harder to use crucial US components in its array of phones and other electronics.

“But in the end, it’s up to the individual country’s decisions on which companies they partner with, which technologies they choose,” Kim noted.

However, he added that since the US is an “ally and a friend” of the Philippines, it was important to share the concerns on such matters.

“These are very serious concerns,” he said. “And I know that relevant senior officials here in the Philippines are deliberating very closely on what would be the right decision for the Philippines.” (Editor: Katherine G. Adraneda)