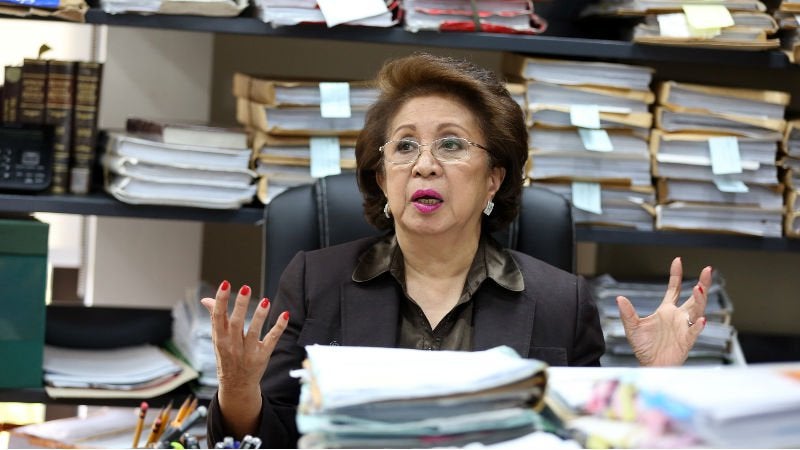 MANILA, Philippines — Malacañang on Monday said the Department of Foreign Affairs (DFA) would extend assistance to former Ombudsman Conchita Carpio-Morales after she was stopped from entering Hong Kong.

“I already called up Usec [Ernesto] Abella as Secretary [Teodoro] Locsin is in Myanmar, and requested him to give assistance to former Ombudsman Morales and her family. He already replied and said they are already on it,” Presidential Spokesperson Salvador Panelo said in a text message to reporters on Tuesday.

“We will render assistance to every Filipino in need of assistance abroad regardless of their political persuasion,” he added.

Morales was barred entry to Hong Kong on Tuesday for being a “security threat.”

Her lawyer Anne Marie Corominas said Morales “was held in a separate room, separated from her family and she was told she was a security threat.”

“Former Ombudswoman Carpio-Morales has over 50 years of unblemished record in government service. I don’t know what the security threat (is) unless President [Xi Jinping] is afraid of her,” Corominas said.

Morales will be deported back to the Philippines on Tuesday night.

She and former Foreign Affairs Secretary Albert del Rosario had earlier filed a case against Chinese President Xi Jinping before the International Criminal Court over “atrocious actions of Chinese officials in the South China Sea and within Philippine territory.” (Editor: Julie Espinosa)