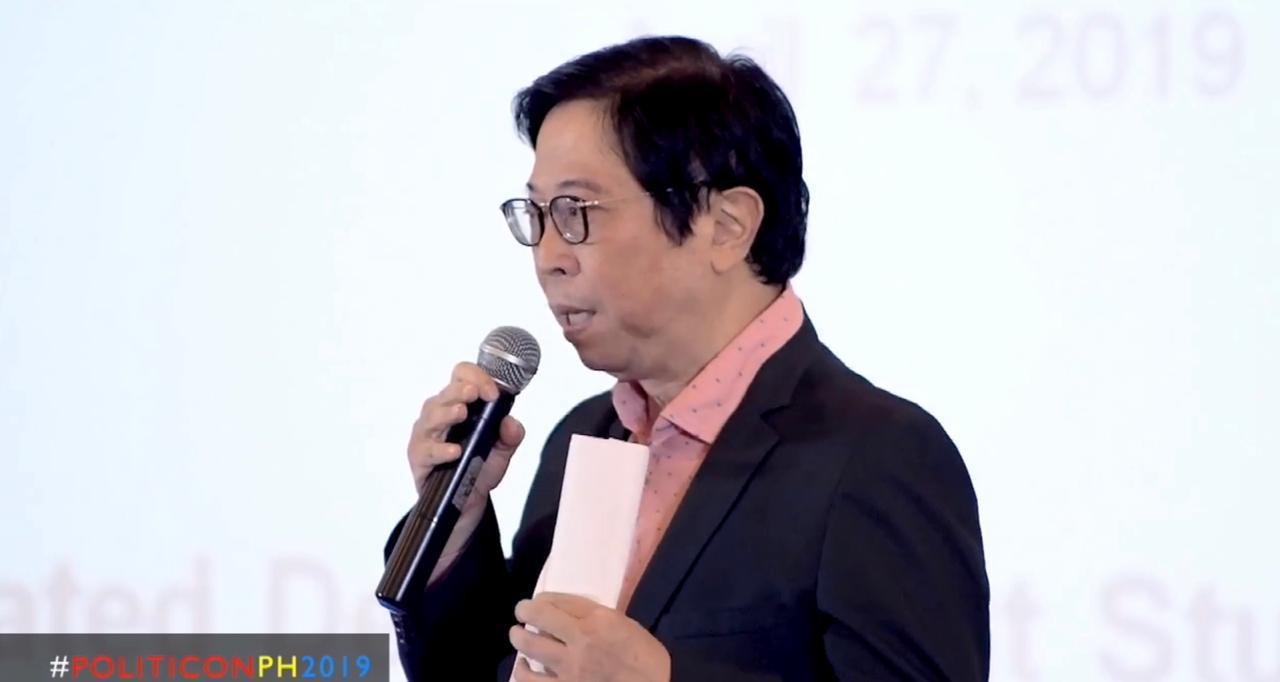 MANILA, Philippines — At a recently concluded political forum Politicon PH George Siy shared a sobering reality. “We are the weakest ASEAN member in terms of investment and physical infrastructure including digital infrastructure,” he stated, adding that now is the best time to catch up. Philippine growth rates are impressive and interest rates are at reasonable

levels, as opposed to years ago when rates ranged from 16 to 21%. “Digital is the way to leapfrog ASEAN competition.”

One of the noteworthy speakers of during the recently concluded Politicon Philippines was development expert George Siy of the Integrated Development Studies Institute (IDSI) think-tank who asked the audience to dispel old notions of “bad or good.”  After all, the Asian philosophy is that a “balance” between the two forces exists in everything, and that being a “purist” who believes in only one or the other risks being a cynic or hypocrite. “Facts and perspectives change over time.”

And as for traditional good-guy, bad-guy depictions of the prevailing superpowers, Siy invited everyone to take another look, from another perspective.

For example, Siy cites that over a thousand years of recorded history, China never invaded the Philippines. The massive fleets of ancient Chinese explorers such as Zheng He, whose huge ships dwarfed those of Columbus who would not take to the seas until more than a hundred years later, were more focused on trade, friendship, and not colonization.

On the other hand, Siy says that the USA had more “broken deals” in its foreign relations, from its reneging on the promise for Philippine independence from Spain, to the annexation of Hawaii after imprisoning its royal elite and the land-grabbing of the western part of the U.S. from Mexico. Siy gave other more recent examples such as the Iraq and Libya invasions (the U.S. demanded Libya to disarm only to invade them once this was done), the Trans-Pacific Partnership, UN Human Rights Council, Paris Agreement, among others; saying that “Recent history is the best predictor of the future.”

By this, Siy seems to suggest that America will continue to be a dominating superpower, imposing its will on other nations even more than China does. “The U.S. spends more on its military than the next eight countries combined,” he said.

“This is the perspective with which China, Russia, and North Korea view the USA.” He also said that in spite of its bully image, China has settled 17 of its 23 border disputes and 12 out of 14 land disputes, often giving more concessions to work on peace.  According to Siy, China has also forgiven $3.8B in loans to the poorest nations, with $100M forgiven for the Philippines and donating another $250M for bridges, rehabilitation centers, schools, etc. “The interest of Chinese loans is also cheaper than Japan’s due to foreign exchange hedging.”

He presented  the think tank’s “Productive Frameworks for the Global Filipino”, a compilation of researches based on a balance of economic theory, historical realities, and ground successes in real businesses and communities, declaring to the Politicon audience:

“We are not purists, we blend reality.”

Siy advocates a more rational and analytical approach for the public in digesting massive amounts of incoming news—some being of dubious quality. Facts must be chosen over speculation. While speculation may be an easy choice in the beginning, eventually it disintegrates in the face of scientific fact. These are the guidelines of analysis Siy offered in reexamining given “facts” in new light.

These and other insights provided factual context and a conducive environment for later discussions leading up to Politicon’s highlighted Sass Sasot-Richard Heydarian debate, which was hosted and mediated by tech CEO and social media luminary Franco Mabanta.

To elevate the discourse, he challenged the audience: “If we must be ‘Pro’ or ‘Anti’, let us be Pro-Philippines and Pro-Development– and do our share to uplift the lives of our more than 100 million kababayans amidst the challenges and opportunities of globalization.” This echoed Politicon Philippines’s main advocacy of levelling up the public discourse, and, for this inception event, resettling up to 600 thousand internally displaced persons (IDPs) from war-torn Marawi City. Politicon PH was held in Rizal Hotel April 27, 2019.  (Editor: Mike U. Frialde)