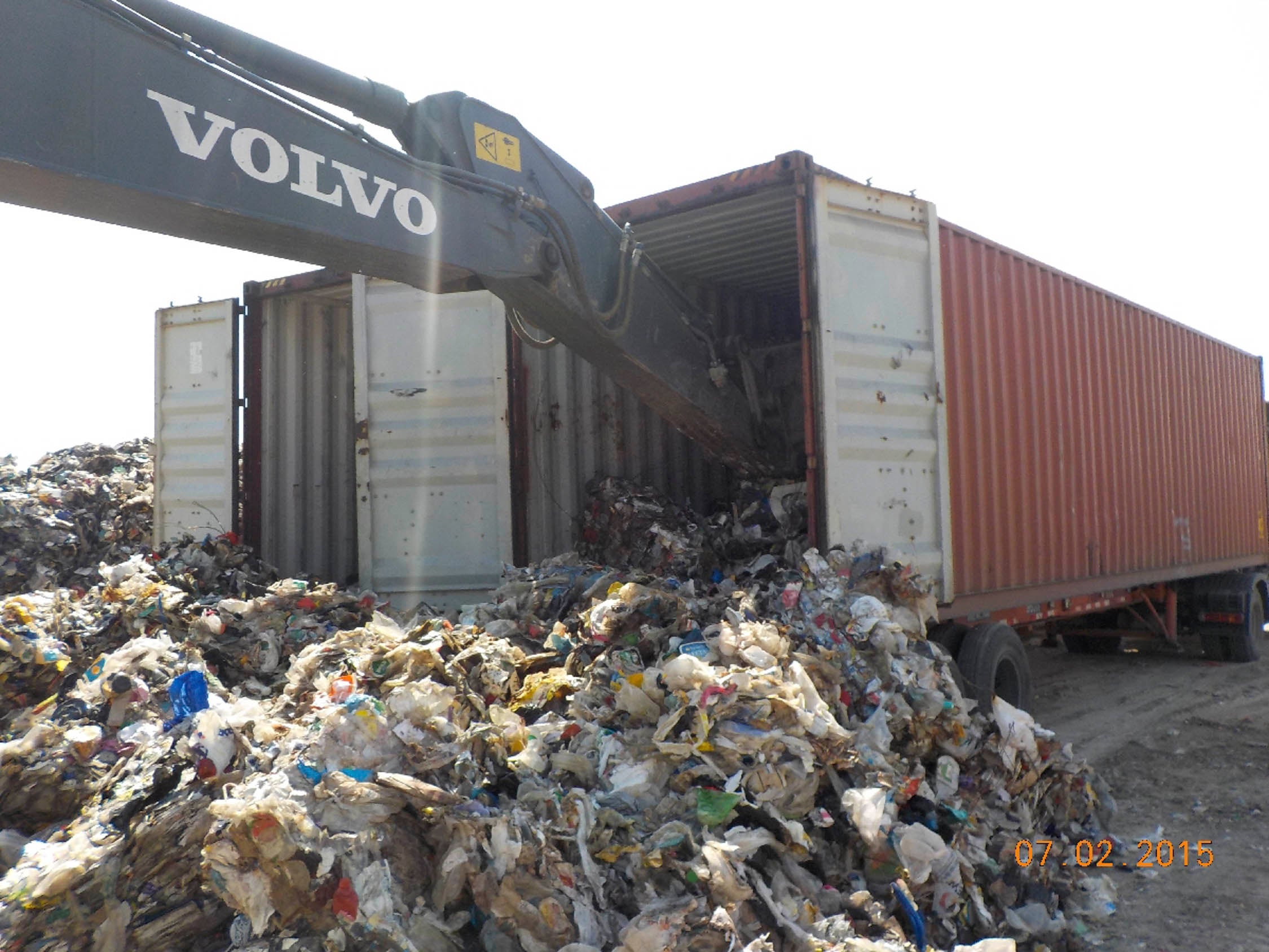 STINKY ROW Part of the Canadian trash that officials say was illegally shipped to Manila years ago ended up in a landfill in Capas, Tarlac province, in this July 2, 2015, photo. —PHOTO FROM METRO CLARK
WASTE MANAGEMENT CORP.

The Duterte administration is recalling the Philippines’ ambassador and consuls in Canada over Ottawa’s failure to comply with a deadline to take back tons of Canadian trash that Filipino officials say were illegally shipped to Manila years ago.

Foreign Secretary Teodoro Locsin Jr. tweeted on Thursday that letters recalling the Philippine ambassador and consuls to Canada had been sent and the diplomats would be in Manila “in a day or so.”

President Duterte last month berated Ottawa over the trash, shipped by Canadian company Chronic Inc. to Manila between June 2013 and January 2014, and threatened to forcibly ship the containers loaded with the garbage back to Canada and dump some of it at its embassy in Manila if Canadian officials didn’t take it back.

The government later set a May 15 deadline for Canada to comply.

Canada has since said it is working to arrange for the containers’ return, but has not said when exactly that might happen.

In his tweet on Thursday, Locsin said Canada failed to meet the May 15 deadline and “we shall maintain a diminished diplomatic presence in Canada until its garbage is shipbound there.”

Ordered to “[g]et the next flight out” were Ambassador to Canada Petronila Garcia, Deputy Chief of Mission Francisco Fernandez III, and all consuls in the Philippine Embassy in Ottawa and consulates general in Toronto, Calgary and Vancouver.

Malacañang said the decision of the Department of Foreign Affairs (DFA) to recall the country’s diplomats in Canada was a stern warning that Manila would sever diplomatic relations with Ottawa if Canada won’t take back the trash.

“That recall shows that we are very serious in asking them to get back their garbage. Otherwise, we’re going to sever relations with them,” presidential spokesperson Salvador Panelo said in a statement.

“That order of the recall is to persuade them to make it fast. The more they delay, the more personnel will be coming back,” Panelo said.

The DFA did not announce the recall order to the press. It ignored questions from reporters on Thursday.

The recall of diplomats is intended to show a country’s extreme displeasure at another country’s actions or statements. It is the penultimate step to severing diplomatic relations.

At least 103 containers of household trash—including plastic bottles and bags, newspapers and diapers—were shipped in batches by Chronic Inc. to the Philippines from June 2013 to January 2014.

Of the 103 shipping containers that entered the Philippines loaded with 2,450 tons of trash, the waste from 34 has been disposed of on a landfill in Tarlac province.

Two of the remaining freight containers are at Manila International Container Terminal and 67 are at Subic Bay International Terminal Corp. in Subic Freeport, sparking protests from environmental activists.

Philippine officials say the trash was falsely declared by the consignee, Chronic Plastics Inc., as recyclable plastic scraps and have asked Canada to take back the garbage.

President Duterte raised the issue in a speech last month while officials from both countries were already discussing a resolution to the problem.

Duterte said he was ready to “declare war against” Canada over the garbage.

“I want a boat prepared. I’ll give a warning to Canada maybe next week that they better pull that thing out or I will set sail to Canada and pour their garbage there,” he said, adding he would ask Canadian officials to “prepare a grand reception.”

“Celebrate because your garbage is coming home,” he said.

The Canadian government said through its embassy in Manila after Duterte’s provocative remarks that it was “strongly committed to collaborating with the government of the Philippines to resolve this issue.”

It said it was aware of a Philippine court ruling that ordered the importer to ship the waste back to Canada.

A group of officials from both sides was “examining the full spectrum of issues related to the removal of the waste with a view to a timely resolution,” the embassy said in a statement.

Manila Regional Trial Court Branch 1 ordered the importer in 2016 to ship the waste back to Canada.

Canadian Prime Minister Justin Trudeau said at the 31st Association of Southeast Asian Nations Summit in Manila in 2017 that regulations preventing the return of the garbage had been resolved.

But ties between Manila and Ottawa have been deteriorating since Trudeau expressed concern over thousands of extrajudicial killings in the Philippine leader’s war on drugs.

Duterte bristles at any international criticism of his signature policy, which has seen police kill more than 5,000 drug suspects since the President came to office in mid-2016.

Read Next
Philippines, Japan to sign at least 10 deals in Duterte’s Tokyo visit
EDITORS' PICK
Current dominant strain of COVID-19 more infectious than original—study
Water remains our saving grace right now
EuroMillions Superdraw: A lottery draw unlike any other is coming to the Philippines
DOLE: Return of OFWs’ remains from Saudi to be ‘delayed,’ deadline moved to ‘early next week’
Smart releases Hyun Bin’s second TVC
‘Justice will be done,’ Duterte assures as he vowed probe on Jolo incident to bare ‘truth’
MOST READ
Locsin warns of ‘severest response’ if China’s army drills in SCS ‘spill over’ to PH domain
Duterte tells military: No other president looked at you the way I did
Man who stole 2 cans of luncheon meat lands in jail in Manila
VP Leni Robredo: ‘Remember, you were made for these times’
Don't miss out on the latest news and information.