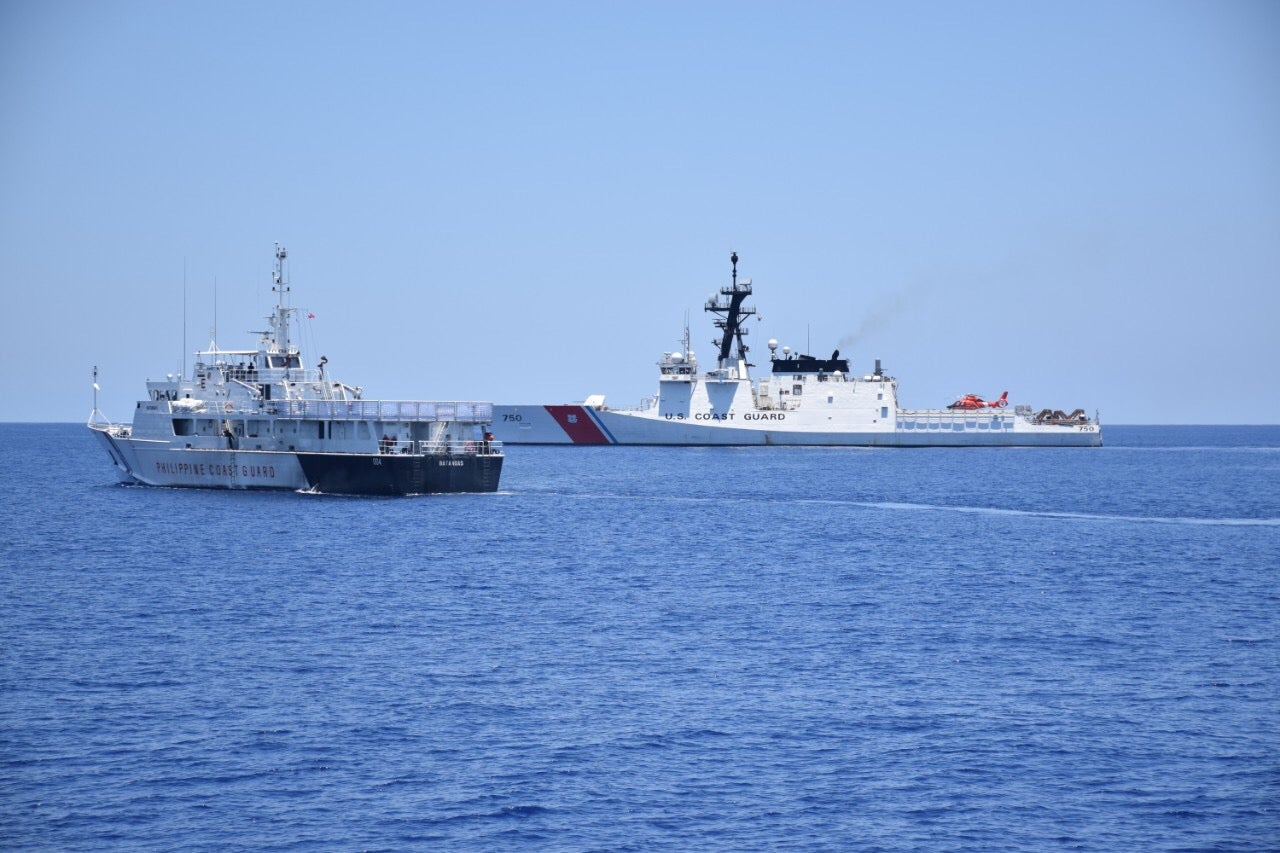 Jay Batongbacal, director of the University of the Philippines Institute for Maritime Affairs and Law of the Sea, said Thursday the search and rescue exercise was a “demonstration of high seas freedoms, so in a way is a joint pushback against China’s expansive claims.”

Philippine Coast Guard’s BRP Batangas and BRP Kalanggaman conducted capability exercise with US Coast Guard Cutter Bertholf 50 nautical miles from Subic Bay or in the vicinity of Scarborough Shoal last Tuesday. They carried out a communication exercise and rescue simulation as part of the training.

Philippine and US coast guard ships conducted joint training exercises in the West Philippine Sea while China watched the whole thing not so far away. We were invited aboard BRP Batangas (thread) pic.twitter.com/nLbnjgXVXB

“The US Coast Guard presence and interaction with Philippine Coast Guard is an attempt to enhance visible US civilian maritime cooperation in the region, and diversify US presence and activities so that it is not only FONOPs (freedom of navigation operations) that are visible to the public,” Batongbacal told INQUIRER.net.

“More visible US civilian presence is to show that Philippines-US maritime cooperation is still close and more extensive than just military,” he added.

He also said the exercise underscored that the PH-US alignment is still “very strong.”

Chinese vessels keenly observed the Philippines and US coast guards from a distance throughout the exercise. This means they were also within the exclusive economic zone (EEZ) of the Philippines.

Batongbacal said the China’s surveil of Philippine and US activities meant “constant and widespread Chinese presence.”

“Since they are in the EEZ, they may invoke navigational freedoms and mere presence (without more) is not a cause for concern about Philippine EEZ rights and jurisdictions,” he added.

“The fact that they are in the exercise area itself is the message. ‘Wherever you are, we are watching.’” (Editor: Julie Espinosa)