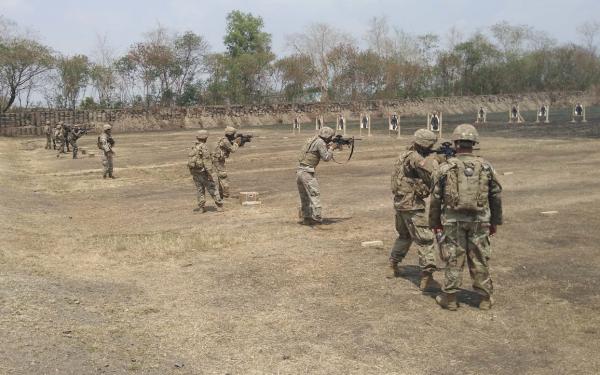 MANILA, Philippines — The armies of the Philippines and United States are planning to stage bigger joint exercises next year with the presence of more American troops.

The military drills will involve the brigade combat teams or mobile maneuver force of the Philippine Army and US Army Pacific Command (USARPAC). A brigade is usually composed of around 1,500 soldiers.

“There is a proposed concept to expand the Salaknib through the participation of more troops from the USARPAC. Under the proposed expansion, they shall send a whole brigade composed of about 1,700 troops for Salaknib 2020,” Army public affairs chief Lt. Col. Ramon Zagala said Wednesday.

“As part of the Mutual Defense Treaty, this is a way to prepare for large-scale conflict should it happen,” he added.

Salaknib is an annual, bilateral exercise between the Philippine Army and USARPAC aimed at enhancing the interoperability in conventional warfare and counterterrorism operations.

Held since 2015 in the Philippines, the Salaknib is a preparation for the annual large-scale exercise Balikatan.

The USARPAC sent less than 1,000 troops for the exercises carried out early this year, while the Philippines sent around 1,500 soldiers.

The Philippine Army is looking at its rapid deployment force, the 1st Brigade Combat Team (1BCT), to participate in next year’s Salaknib.

“It’s a complete force. It has infantry, artillery, armor, signal, aviation. It’s complete and across the board… We hope to learn from the Americans how they structure their brigade command team and we can learn from their best practices. We want to adopt that because for long, we’ve been infantry-based only,” Zagala said.

The 1st Brigade Combat Team was activated in late 2018 and is based at Fort Magsaysay, Nueva Ecija. Another brigade combat team will be activated this year.

“This is all about making us more ready, and whatever challenges the future might hold. We are committed to this region, the design of [Salaknib 2020] exercise is purposeful in demonstrating that commitment,” Johnson was quoted as saying. /je