MANILA, Philippines — A group of young Filipino scientists on Sunday completed a two-week expedition to the Kalayaan Island Group in the West Philippine Sea aimed at studying the connectivity of ecosystems.

Deo Florence Onda of the University of the Philippines Marine Science Institute and chief scientist of the mission, described the two-week research a “success.”

The 74-member team aboard RV Kasarinlan left South Harbor last April 22 to explore marine life in the contested waters. While the institute had been doing this for years, it was extra special this time because they finally had their own research vessel.

The scientists have started to process the data they gathered during the expedition. It will take months up to a year before they completely make sense of the data they have collected at sea.

Divided into three teams depending on the tasks at hand, they have explored areas around Pag-asa Island, Kota and Panata Islands, Sabina Shoal and west of Palawan during the two-week expedition.

The mission, Onda said, has demonstrated the reach of human impact in the Spratlys, with plastics found near the isolated Philippine-occupied areas.

They didn’t even have to try so hard to find plastic refuse.

“We found so many of them floating along the way,” the scientist said.

Based on their observations, the trash did not come from a single place. Most of the litter found in a sandbar near Kota and Panata Islands, where plastic bottles and wrappers have drifted, bore foreign labels.

The team has collected six crates of plastic waste on their way back to Manila.

“This only emphasizes that the environmental protection of Kalayaan Island Group goes beyond territories. If you want to save the West Philippine Sea, it’s not a single country effort,” Onda said.

Microplastics, the tiny particles of plastic, were also found on Pag-asa Island, the largest occupied area of the Philippines in the contested waters. The US National Oceanic and Atmospheric Administration describe microplastics as less than 5mm in length.

“These tiny particles are ingested by small fishes, which are eaten by bigger fishes,” Onda said.

This was the first time that Filipino scientists made plastic pollution in the Spratlys as one of their focus of study. 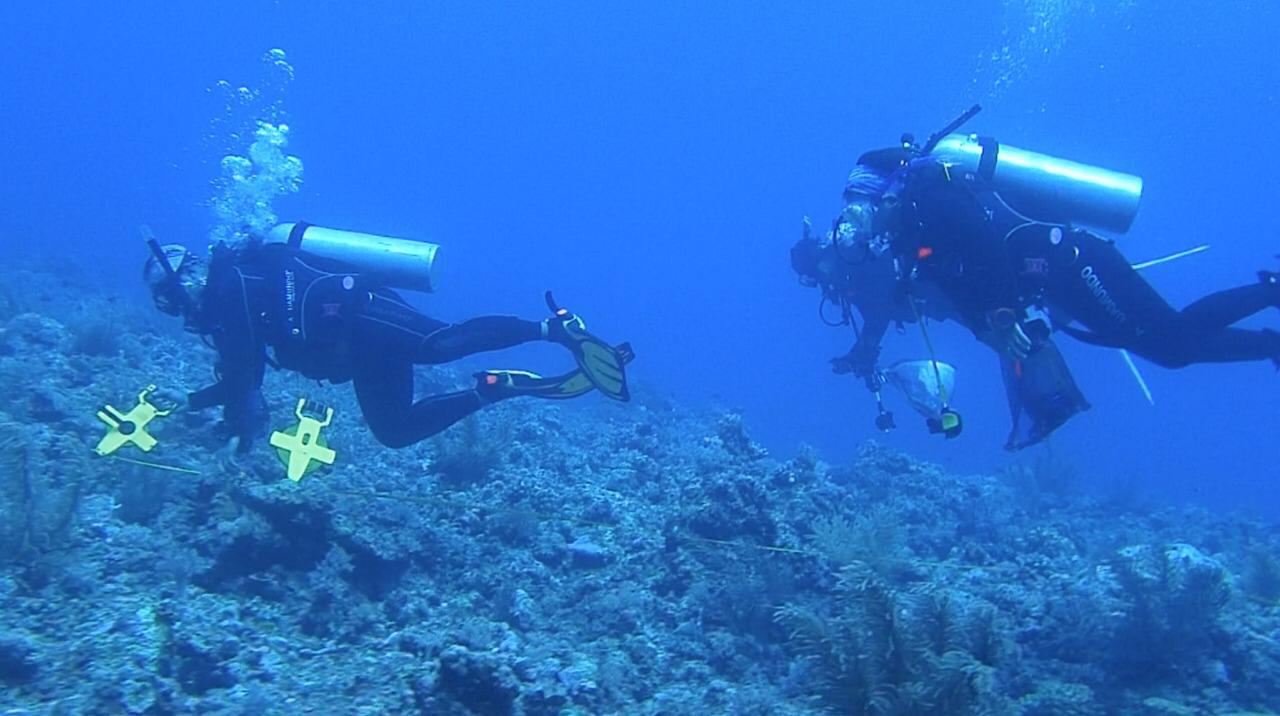 In a two-week expedition to the Spratly Islands in the West Philippine Sea, Filipino scientists witnessed firsthand the human impact on the oceans. They found damaged coral reefs and plastic litter in isolated islands and reefs. / SCREENGRAB FROM DENR BMB

The team also witnessed firsthand the extent of damage on coral reefs in Pag-asa Island, Panata Island, and Sabina Shoal.

While Onda said the ecosystem appears to be thriving, the coral reefs in the areas they checked out were not in the healthiest state.

He noted the destroyed reefs appeared to have been caused by blast fishing.

“In Sabina Shoal, the corals were not only dead but totally broken. I think it has been that way for a long time,” the scientist said.

The government recently said it is looking at the possibility of declaring parts of the West Philippine Sea as marine protected areas (MPAs) as part of their efforts to protect the environment and marine life there.

Onda commended the move but said “it may not work well” if only the Philippines would implement it.

“It should be a network of MPAs… Preserving Kalayaan Island Group is a joint effort it will never be a one country effort,” he said.

The Philippines, China, Vietnam, Malaysia, Brunei, and Taiwan have overlapping claims in the South China Sea.

The scientist said he hopes their findings could help with the government’s policy and contribute to government efforts to declare parts of Kalayaan as marine protected area.

“That’s one of our ultimate goals, to help with legislation and policy, with management crafting. Because after we have processed the data, it ends there. How do we push through with it?” he said.

Onda is also looking forward to the possibility of discovering new species from the samples they have collected.

“The potential on new discoveries is high, especially on the seaweeds, because there are not many studies about it,” he said

The scientific mission, called Predicting Responses between Ocean Transport and Ecological Connectivity of Threatened ecosystems in the West Philippine Sea (PROTECT- WPS) is funded by the Department of Environment and Natural Resources.

Overall, Onda said the research was a “pleasant” experience for them despite the presence of Chinese vessels.

They have observed dozens of Chinese Coast Guard and militia vessels around the Kalayaan Island Group during the two-week journey, but there were no attempts to block, harass or contact them.

“We were prepared for any untoward incident but surprisingly, it was a very pleasant experience,” he said. /kga