Experts hail Korean Wave as a ‘soft power for diplomacy’ 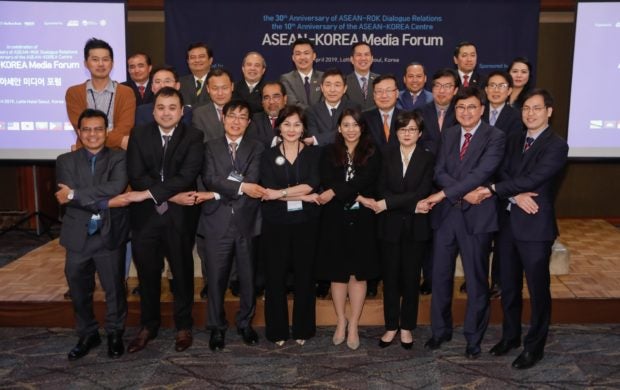 SEOUL – The Korean Wave, the influx of phenomenally popular Korean pop music and drama, has not only captivated millions of fans around the world but also enhanced cultural exchanges, particularly among the members of the Association of Southeast Asian Nations, according to experts who spoke at the Asean-Korea Media Forum in this city recently.

Experts told the forum that the Korean Wave, or Hallyu, has become a potent “soft power for global diplomacy” that can be harnessed for peace and understanding among nations.

Philippine Ambassador to South Korea Raul Hernandez, told the Inquirer in the sidelines of the forum, that the Philippines and Asean should ride the Korean Wave to promote even closer ties.

“Strong people-to-people exchanges remains to be one of the proud cornerstones of Philippines-Korea relations. Apart from the two countries’ deep historical affinity with each other, Hallyu, which has reached high watermark popularity in the Philippines, has also contributed greatly to the current level of interaction between the people of Philippines and South Korea,” Hernandez said.

The Asean-Korea Center brought together 30 representatives from media organizations, government, academe and business in the forum to discuss how to enhance cultural understanding through Hallyu, or Korean Wave. The forum was organized by the Asean-Korea Center, the Korea Herald, Meil Business Newspaper, and participated in by members of Asia News Network, the alliance of 24 English newspapers in 20 Asian countries that was then holding its meeting here in Seoul.

“Korean Wave has served as a firm foundation for the robust Asean-Korea partnership over the decades,’’ Asean-Korea Center Secretary General Lee Hyuk told the forum held at the Lotte Hotel here.

“This year, marking the 30th anniversary of the Asean-Korea Dialogue Relations, the center now seeks to go beyond the ‘one-way’ Korean Wave and bring ‘two-way’ Asean-Korean Waves through the active socio-cultural exchanges between Asean and Korea,” he said. 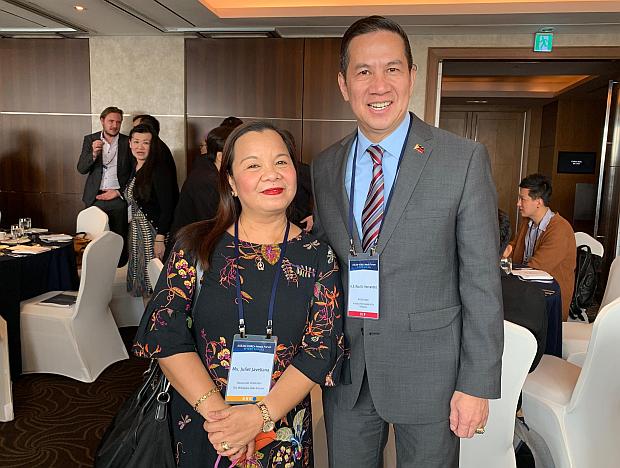 Citing the Asean-Korea Centre’s global status report on Hallyu for 2018, Hernandez said Hallyu’s growth was biggest in the Philippines among the Asean countries.

“This is evident as K-pop and K-dramas continue to get more air time on local radio and TV. With such strong presence of Korean music, movies, and drama in the Philippines, ordinary Filipinos have become more familiar with Koreans and Korea on a daily basis,” Hernandez said.

According to Hernandez, the rising tide of Hallyu in the Philippines has prompted more and more Filipinos to travel to South Korea to experience Korea and its culture first hand.

He said the influence of Hallyu can be felt not only in the Philippines but also in other Asian countries, particularly in the Asean region.

“For instance, in Thailand, a local cable and satellite television operator produced remakes of three Korean dramas. Indonesia also is proving to be an emerging market for K-pop. This was highlighted at the closing ceremony of the 2018 Asian Games where Korean boy bands iKon and Super Junior, took the stage. Indeed, the peoples of Asean continue to be mesmerized by the Korean culture,” he said.

“Personally, I think it is time that our government capitalizes on this phenomenon” Hernandez said. 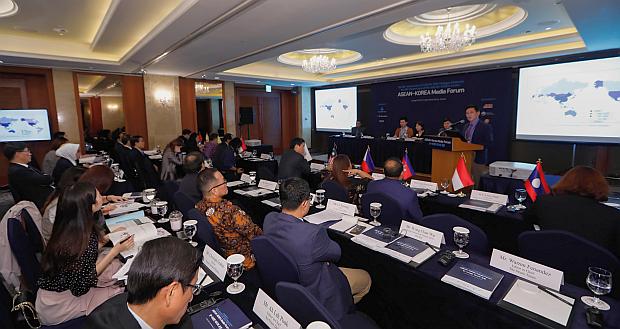 The Asean-Korean Media Forum was organized by the Asean-Korea Center, the Korea Herald, Meil Business Newspaper, and participated in by members of Asia News Network, the alliance of 24 English newspapers in 20 Asian countries. (Contributed photo)

“The rising tide of Korean culture should prompt Filipino authorities and content creators to also ride the current of cultural exchange in the other direction for a more meaningful and mutually beneficial interaction. Aside from quenching a yearning for home among nostalgic Filipinos living in Korea, the Philippines should also establish a beachhead for its traditional and contemporary arts among Koreans who are developing a thirst for more cosmopolitan offerings from overseas,” he added.

Professor Jang Won-ho, dean of the College of Urban Sciences at the University of Seoul, one of the panelists during the forum, said that Hallyu popularity was very high in Asean, with export of Korean music and broadcast content amounting to $86 million in 2016.

Jang said Asean is the second biggest market for Hallyu, next to East Asia, and the growth of the Hallyu fandom is also highest in Asean.

Hallyu, he said, is now exported to 60 countries, with YouTube video views of six K-pop groups alone have reached one billion.

Kim Youn Sung, director of platform planning team of Star Collabo, told the forum that the next step would be for Korea and Asean to find ways to jointly develop drama content to move forward in the global content market.

Kim said the Asean-Korea Centre can become the “new fulcrum of producing drama contents that can compete on the global stage.”

June Wong, chief special projects office of The Star Media Group of Malaysia and a K-drama fan, said the mainstream media may not have played a role in promoting L-pop culture in Asean during the first two K-pop waves. But she said the media can do better in the third wave to promote wider cultural appreciation for what Korea has to offer beyond the Korean Wave among Asean’s 630 million people.

“Strengthening Korean uniqueness by combining Asian values is also critical as it expands the scope of Korea Wave to the universal value,” Bae said.