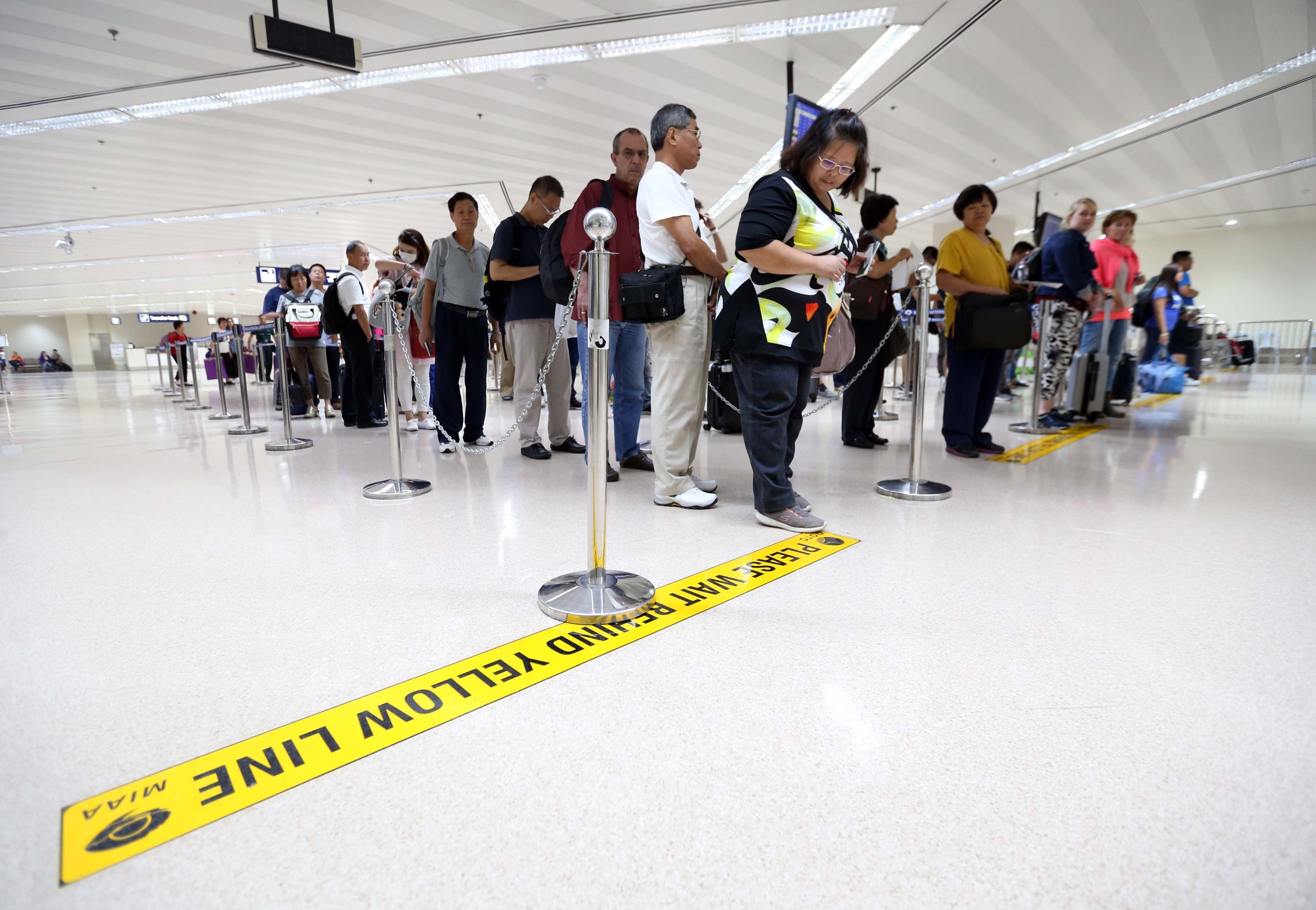 MANILA, Philippines — Recently, there have been several stories on social media about how foreigners, mostly Chinese, have bossed around Filipinos even inside local establishments.

Apparently, even government officials have not been spared from these rude behavior.

Commissioner Aileen Lizada, of the Civil Service Commission (CSC), who was at the Ninoy Aquino International Airport (Naia) Terminal 3 on Thursday morning, said around four to five Chinese-looking individuals bypassed people, including her,  who queued up at the pre-departure area.

(I was about to enter the pre-departure, all the Filipinos there are properly falling in line, including me. Out of nowhere, four to five what appeared to be Chinese nationals, suddenly just breeze through the barrier.)

“They were all laughing and they were all looking at us, and dumeretso po sila sa x-ray (machines),” she claimed.

The behavior of some Chinese nationals have been scrutinized by several Filipinos, in the wake of renewed ties between the two governments.  Recently, a Facebook user who is running for an elective post in Quezon City claimed that a Chinese national also cut him while he was lining up in a local airport.

Then in February, a female Chinese exchange student was arrested after throwing a cup of taho at a policeman detailed at the Metro Rail Transit Line 3 (MRT-3) Boni Station.

Lizada said she was not able to take videos of the incident because it happened so fast and her phone was already inside her hand-carry bag.  However, she has already requested copies of closed circuit television (CCTV) camera footages from Manila International Airport Authority (MIAA) General Manager Ed Monreal.

“It does not look good on us that’s why sinabi ko ho sa OTS (Office of Transportation Security), and OTS immediately took action.  ‘Yon lang ho ang point ko dito is we have our laws, na pinapasunod ho natin sa lahat na ho ng mga Filipino citizens, they (foreigners) are not above the laws,” she explained.