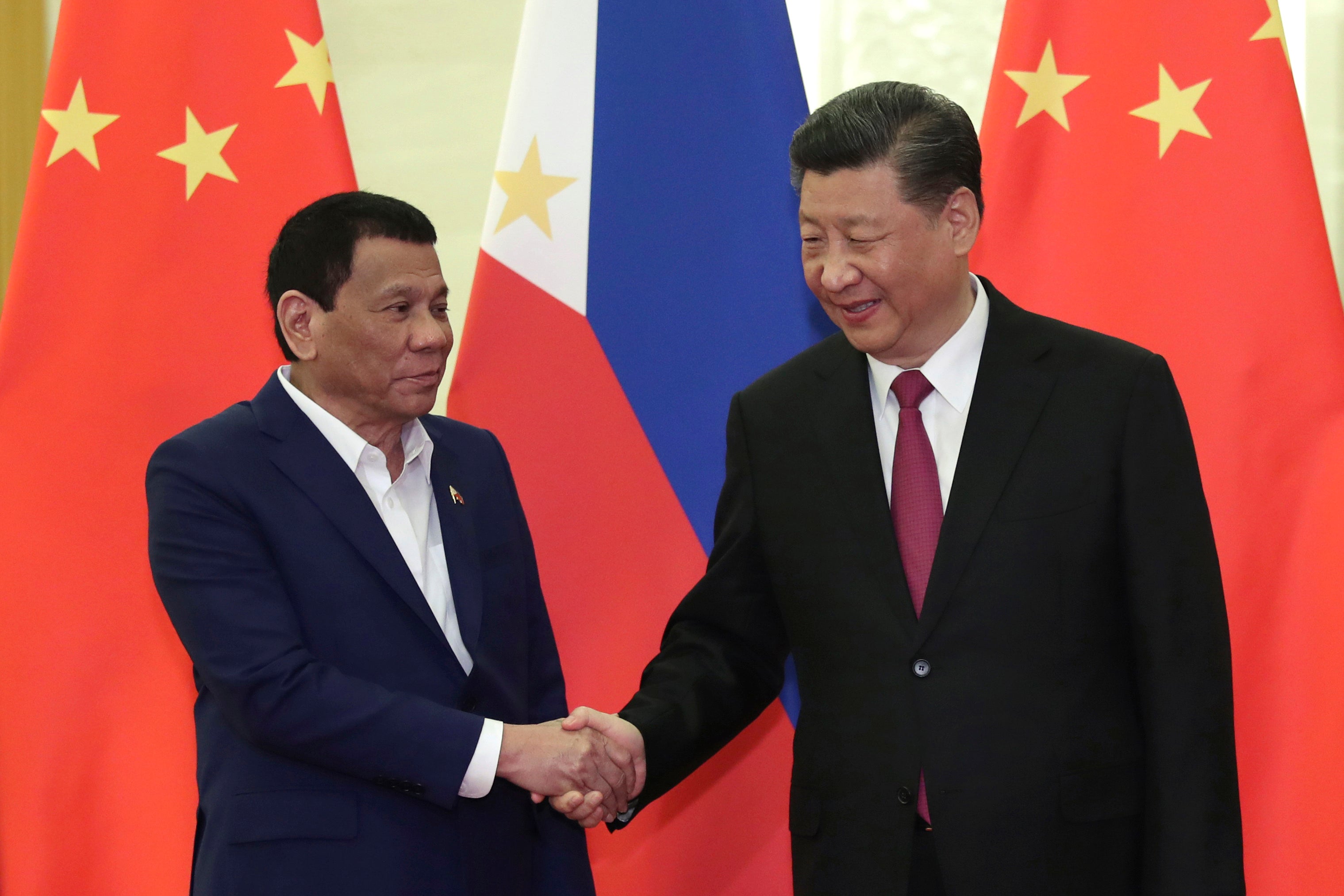 BEIJING — The Philippines and China on Thursday reaffirmed their diplomatic ties despite tensions caused by rival claims in the South China Sea.

President Duterte, in China together with more than 30 heads of state for the second Belt and Road Forum, sat down with Chinese President Xi Jinping, telling his host the occasion gave him “another opportunity to renew and reaffirm our valued relations based on mutual trust, respect and friendship, and must continue to grow strength and meaning in the coming years.”

In response, Xi said he was happy to see Philippines-China relations “getting better and better,” referring to Duterte as a “genuine friend” and “trusted partner.”

Xi was leading China’s hard sales push at the summit to corral more countries into the Belt and Road Initiative, a global infrastructure project at the core of his country’s ambitions and win over those who see a strategic threat.

The Belt and Road Initiative envisages massive investments in maritime, road and rail projects across 65 countries from Asia to Europe and Africa that collectively account for 30 percent of global gross domestic product.

If fully realized, it could shape the world economic and geopolitical landscape for decades to come.

Duterte, on his fourth visit to China, said he wanted “high quality” and “good impact” projects for the Philippines under the initiative.

That should be no problem because the Philippines, according to Xi, is an important part of the Belt and Road Initiative, which he noted is similar to Duterte’s own infrastructure program.

The two leaders’ fourth meeting came as tensions between their countries rose, with the Philippines protesting China’s deployment of  maritime militias around Philippine-occupied Pag-asa (Thitu) Island in the Spratly archipelago and the harvesting by Chinese fishermen of protected giant clams in the West Philippine Sea, waters within the country’s 370-kilometer exclusive economic zone in the South China Sea.

But neither Duterte nor Xi mentioned the dispute in their opening statements.

Their discussions were closed to the press.

Presidential spokesperson Salvador Panelo told reporters later that Mr. Duterte raised the dispute with Xi during their meeting and that the two leaders agreed on joint management of the maritime row by the two countries, discussing issues through negotiations without affecting their alliance and cooperation.

In his speech, Duterte said the Philippines and China “must continue to work together to explore new areas of cooperation and partnership.”

He said Xi’s visit to Manila in November last year marked a “watershed moment” in the two countries’ relations.

“The decision to elevate bilateral ties to a comprehensive strategic cooperation affirms the Philippines and China’s strong desire to further deepen and broaden this engagement,” he said.

Duterte also greeted China on its 70th founding anniversary, congratulating the emerging superpower for its economic achievements.  —WITH A REPORT FROM AFP