China not a hero for restoring coral reefs it damaged – Locsin 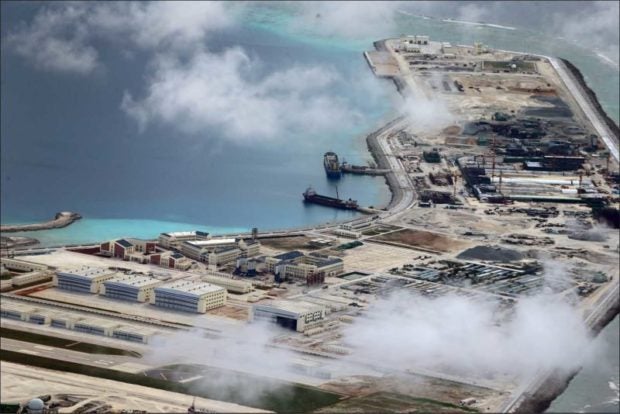 MANILA, Philippines — There is nothing heroic about repairing something that you damaged yourself, Foreign Affairs Secretary Teodoro Locsin Jr. said of China’s announcement that it would repair coral reefs damaged by their island building in the West Philippine Sea.

“I have seen propaganda lapped up by tree huggers that China is massively restoring the environment they damaged like they are heroes for that,” Locsin posted on Twitter on Friday.

‘Thank you for shooting me’

The country’s top diplomat described China’s move as “a doctor who patches you up after shooting you.”

They did it already and now I have seen propaganda lapped up by tree huggers that China is massively restoring the environment they damaged like they are heroes for that. Like a doctor who patches you up after shooting you. https://t.co/Ku1r3tAsUx

This was after China announced that it would restore coral reefs destroyed by island-building for its three largest man-made outposts at the West Philippine Sea (South China Sea).

The country added that the repair would be “mainly done by nature but artificially aided.”

In another tweet, Locsin mocked Beijing’s attempt to paint itself as “the poster boy of environmental restoration using the reefs it destroyed and is now restoring.”

“I’ve heard military men mention that with admiration, like praising the doctor who shot you for taking out the bullet and patching you up,” Locsin said.

Don't go down that road, China is now the poster boy of environmental restoration using the reefs it destroyed and is now restoring. I've heard military men mention that with admiration; like praising the doctor who shot you for taking out the bullet and patching you up. https://t.co/9YrcKZdyT7

Locsin did not identify the “military men” but was apparently referring to Beijing’s announcement in January that it had begun to restore Kagitingan (Fiery Cross), Zamora (Subi) and Panganiban (Mischief) reefs which were damaged by its island building.

Locsin posted the remarks ahead of President Rodrigo Duterte’s departure for Beijing on April 24 to attend the second Belt and Road Forum for International Cooperation.

The Spratly Islands are in the middle of the maritime route that China has included in its Belt and Road Initiative (BRI) and the President’s critics have raised fears Beijing would use the program to gain territory.

The President’s four-day trip will be his fourth time to fly to China since assuming the presidency three years ago.

Presidential spokesperson Salvador Panelo was not certain whether the Presidentwould raise the issue in bilateral talks with Chinese President Xi Jinping.

“He may or he may not raise the issue with President Xi since we already filed a diplomatic protest,” said Panelo.

Earlier, the Department of Foreign Affairs (DFA) protested the “illegal” presence of Chinese boats around Pag-asa Island, the largest island occupied by the Philippines in the Spratly archipelago.

“Such actions are a clear violation of Philippine sovereignty, sovereign rights and jurisdiction as defined under international law,” the DFA said.

Mr. Duterte himself has been issuing tougher statements regarding China’s actions in the South China Sea and warned Beijing there would be trouble if a single Filipino was harmed in Pag-asa Island, which is also home to at least 335 people.

The President said he was not trying to scare or threaten Beijing “but there will be a time, and I will tell China now, that they should also meet halfway.”

But Sen. Panfilo Lacson said that, while the President was being smart and pragmatic in aiming for “low-hanging fruit,” he would also like to know how the chief executive defines “halfway.”

“Having said that, there are thresholds to be observed in this particular case such as the country’s sovereignty and territorial integrity which define our limits of reciprocity,” Lacson said.