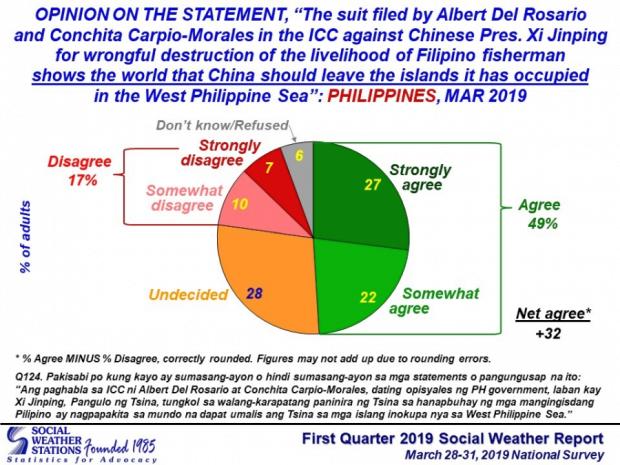 Respondents were asked if they agree with this statement: “The suit filed in the ICC by Albert Del Rosario and Conchita Carpio-Morales, former officials of the PH government, against Chinese Pres. Xi Jinping for wrongful destruction of the livelihood of Filipino fisherman shows the world that China should leave the islands it has occupied in the West Philippine Sea.”

Results of the survey showed that 27 percent of adult Filipinos said they “agree” with the suit, while 22 percent said they “somewhat agree.”

The remaining 28 percent said they are undecided.

SWS said that the reaction was “very strong” with respondents in classes A, B, C, and D, and among high school graduates and above.