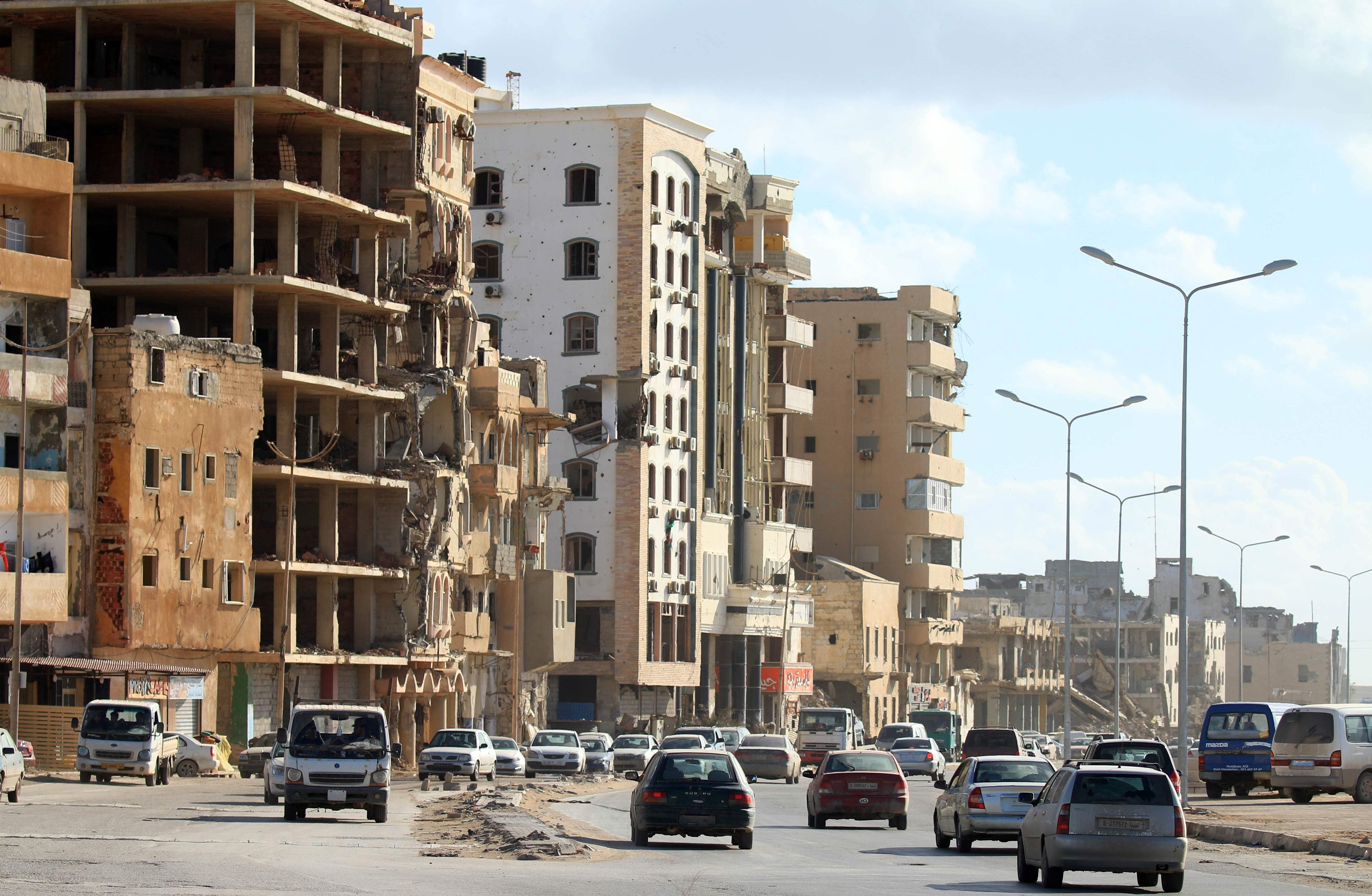 ESCALATION Cars drive past heavily damaged buildings in Libya’s eastern city of Benghazi on April 8. The Philippine government urged some 1,000 Filipino workers in and around the Libyan capital of Tripoli to consider getting themselves repatriated as another civil war erupted in the north African country. —AFP

MANILA, Philippines — Sen. Sonny Angara and the head of the Catholic Church’s Episcopal Commission for the Pastoral Care of Migrants and Itinerant People (ECMI) on Wednesday urged Filipinos in strife-torn Libya to come home and assured them that the government would take care of their needs.

Angara made the call as the Department of Foreign Affairs (DFA) raised the alert condition to Level 3 in several parts of Libya, which is being wracked by civil war, and called for the voluntary repatriation of about 3,500 overseas Filipino workers (OFWs) there.

But despite the armed conflict, Labor Secretary Silvestre Bello III said no OFW deployed in Libya had expressed any intention to return to the Philippines.

Bello said the majority of OFWs in Libya were in “areas that are out of harm’s way.”

“We are appealing to all our [countrymen] in Libya to remove themselves out of harm’s way by getting themselves repatriated to the Philippines. We also ask the government to ensure the safe return of Filipinos who wish to avail [themselves] of the repatriation program,” Angara said in a statement.

Balanga Bishop Ruperto Santos, ECMI head of the Catholic Bishops’ Conference of the Philippines (CBCP), urged the OFWs to heed the call for voluntary repatriation.

“For their safety and security, we at CBCP-ECMI, support and encourage them to heed the appeal of [the DFA] to return home. We surely believe our government will assist them here,” Santos said.

According to Angara, the Filipinos in Libya who would return home could avail themselves of various services from the government.