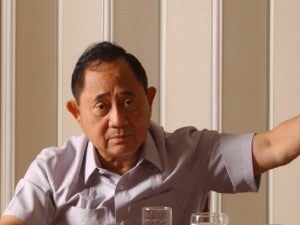 The International Conference of Asian Political Parties (Icapp) hailed on Tuesday as a “historic breakthrough” the agreement among Nepal’s four political parties to integrate the Maoist rebel fighters into the Nepalese Armed Forces.

“There is still no substitute for dialogue and a negotiated political settlement as a formula for resolving conflicts in Asia and various parts of the world,” the statement said.

They declared that the “four Nepalese parties themselves, all members of Icapp, founded in Manila in September 2000, provided an Asian solution to an Asian problem without outside interference.”

Under the peace pact, 6,500 Maoist fighters will be integrated into the Nepalese Armed Forces while the rest will be given various cash settlements.

De Venecia recalled the success of the “Cambodian model” in integrating even the murderous Khmer Rouge into the Cambodian Army and fusion of 7,500 of  Moro National Liberation Front (MNLF) rebels into the Philippine Armed Forces.

One of the last acts of then outgoing President Fidel V. Ramos and then outgoing Speaker De Venecia was to provide congressional appropriations for the successful integration of 7,500 MNLF fighters into the Philippine Army following the 1996 RP-MNLF peace agreement.