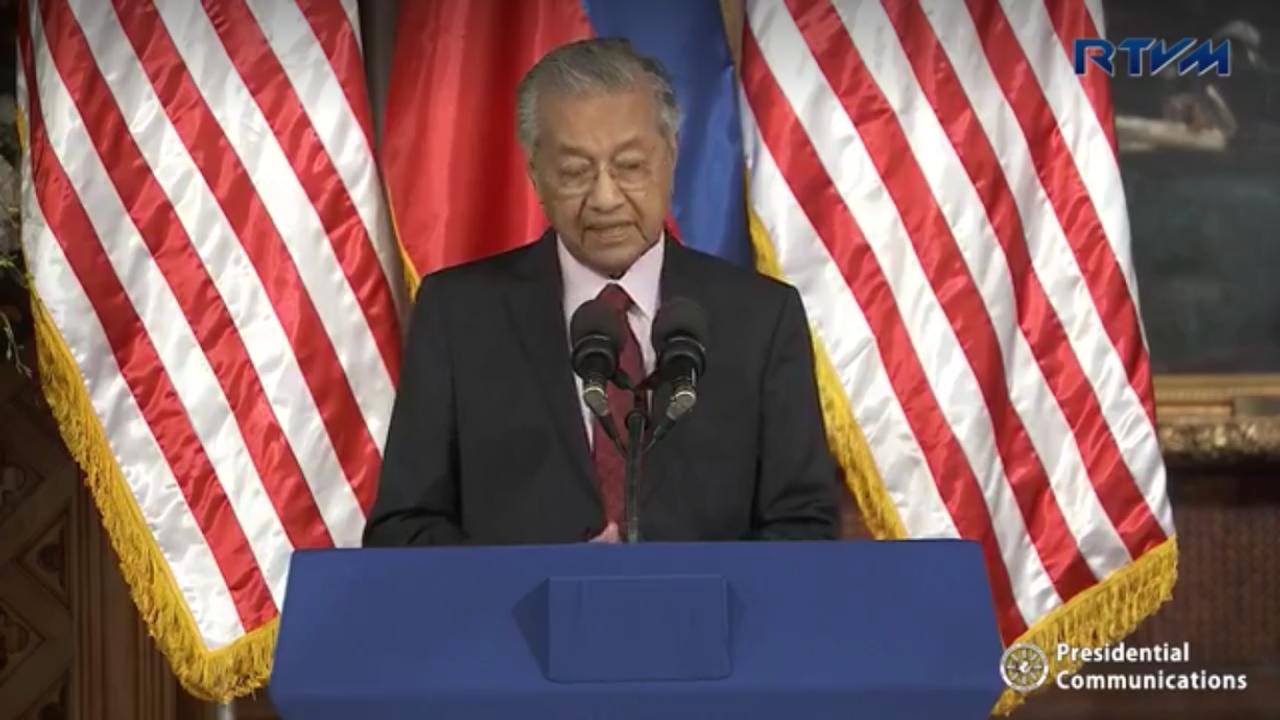 “We are very gratified to be congratulating you on the peace that has been achieved in Southern Philippines,” Mohamad said in his opening statement during an expanded bilateral meeting with Duterte in Malacañang on Thursday afternoon.

“This is a country of 7,000 islands divided by the seas but it is still one nation. And I think the people of the Philippines deserve to have a good system of government that caters to the needs and visions of all its people,” he added.

The two-round plebiscite showed that the new region will be composed of the provinces of Lanao del Sur, Maguindanao, Basilan, Sulu, and Tawi-Tawi as well as Marawi City, Lamitan City, Cotabato City, and 63 villages in North Cotabato.

In an interview over ABS-CBN News Channel on Thursday morning, Mahathir, who is currently in the country for a two-day official visit, also pledged support for Mindanao’s development through “foreign direct investments.”

“Whatever happens in southern Philippines affects Malaysia. We want southern Philippines to become stable, peaceful, and we can find opportunities here as much as we can help in contributing towards development through maybe foreign direct investment,” said the Malaysian leader.

Signing of peace agreements and various peace talks were also held in Malaysia in the past. /kga

Malaysia not giving up on Mindanao peace process – envoy