Palace: It’s ‘not correct’ to shoo off Filipino fishers near Pag-asa 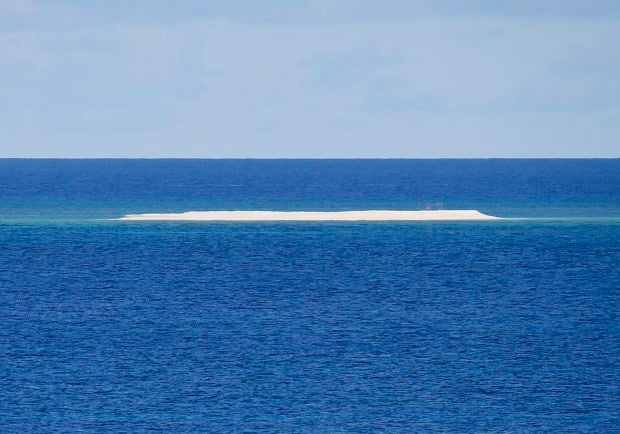 This file photo shows a sandbar as seen from Pag-asa (Thitu) Island in the Spratly archipelago. (Photo by BULLIT MARQUEZ / AP)

According to an Inquirer report published on Monday, Chinese fishing vessels have been driving Filipino fishermen away from a string of sandbars close to Pag-asa Island.

“Our fishermen have been fishing there… Nobody has the right to drive our fishermen away,” he added.

Mayor Roberto del Mundo of Kalayaan, a town in Palawan from where the island is administered, said Filipinos were being driven away by Chinese vessels who would go near the sandbar to fish.

According to Del Mundo, the incidents have been affecting fishing in the area.

Panelo said, however, that the report would have to be validated first.

The Palace official said he would let the Foreign Affairs secretary act on the matter if proven true. /atm