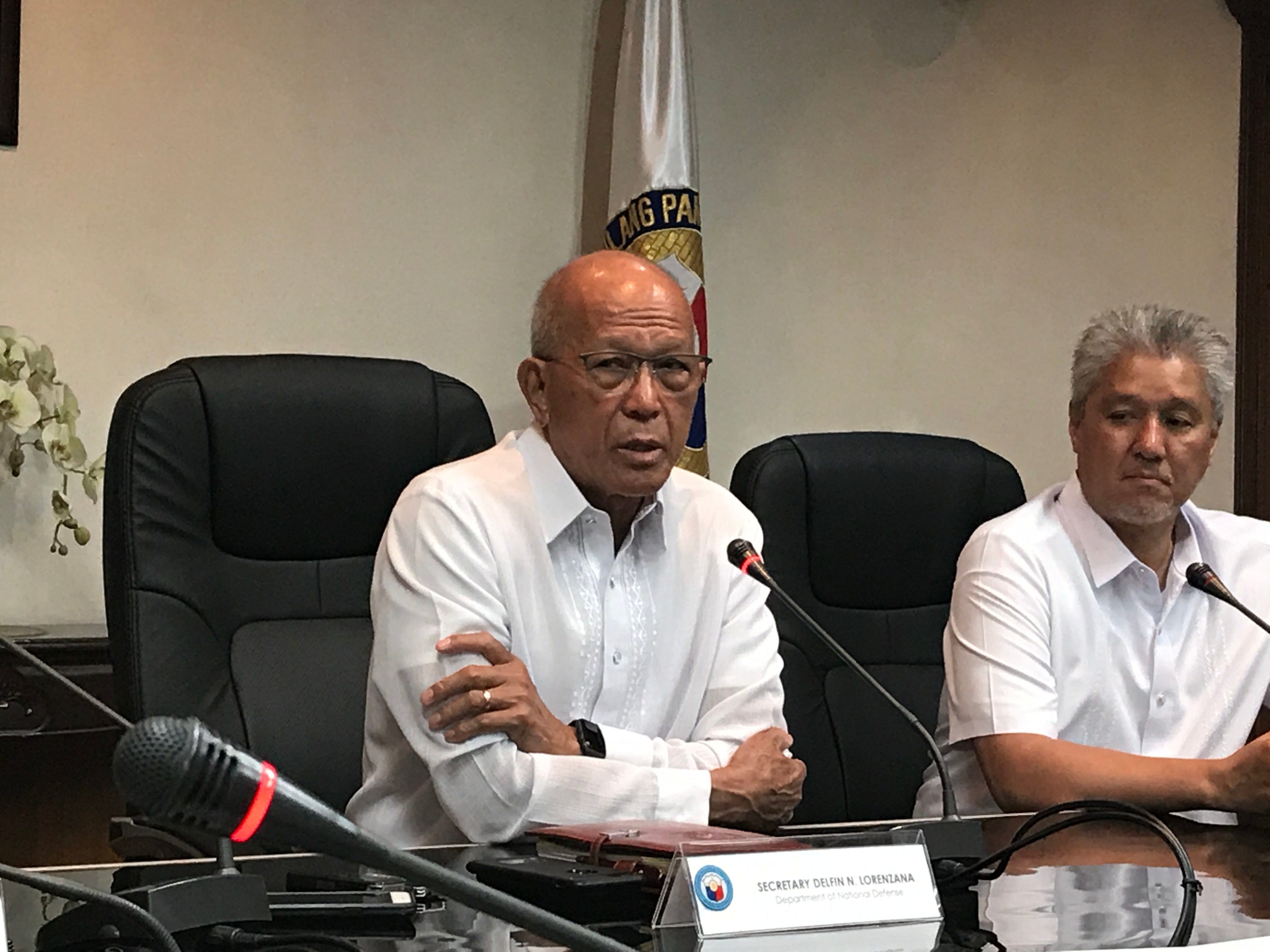 MANILA, Philippines — Defense Secretary Delfin Lorenzana is still pushing for a review of the Mutual Defense Treaty despite the assurance of US Secretary of State Mike Pompeo that the South China Sea is covered by the treaty.

“That is a revelation. I still want a review,” Lorenzana told INQUIRER.net on Friday when asked for comment on Pompeo’s declaration.

Pompeo, who is in a state visit to the Philippines, said in a news briefing that “any armed attack on any Philippine forces, aircraft, or public vessels in the South China Sea will trigger mutual defense obligations under Article 4 of our Mutual Defense Treaty.”

Last December, Lorenzana called for a review of the decades-old pact and had asked whether it was still relevant. He said the US interpretation only covered the “metropolitan” Philippines and it does not include the Philippine-occupied areas in the West Philippine Sea.

The Philippines and the US are bound by the Mutual Defense Treaty, signed on Aug. 30, 1951, which calls for both states to come to each other’s defense against an armed attack. But the US commitment to defend the Philippines if the attack involves disputed territories has persistently raised doubts in recent years.

“We still want a review to get all ambiguities cleared and put in paper as part of the treaty,” Lorenzana said.

He said it should also be clarified if the treaty covers cases beyond an “attack.”

“Hindi naman tayo inattack eh, nangkuha lang ng islands. Saan ‘yun? Where will that fall under? Those are the ambiguities,” the defense chief said.

(We were not attacked, they just seized islands. Where does that fall? Where will that fall under? Those are the ambiguities.)

The Philippines is one of the claimants of the South China Sea, a strategic waterway believed to contain vast resources. While the US is not a claimant, it has expressed concern over China’s militarization of the disputed features and excessive maritime claims. /jpv/kga