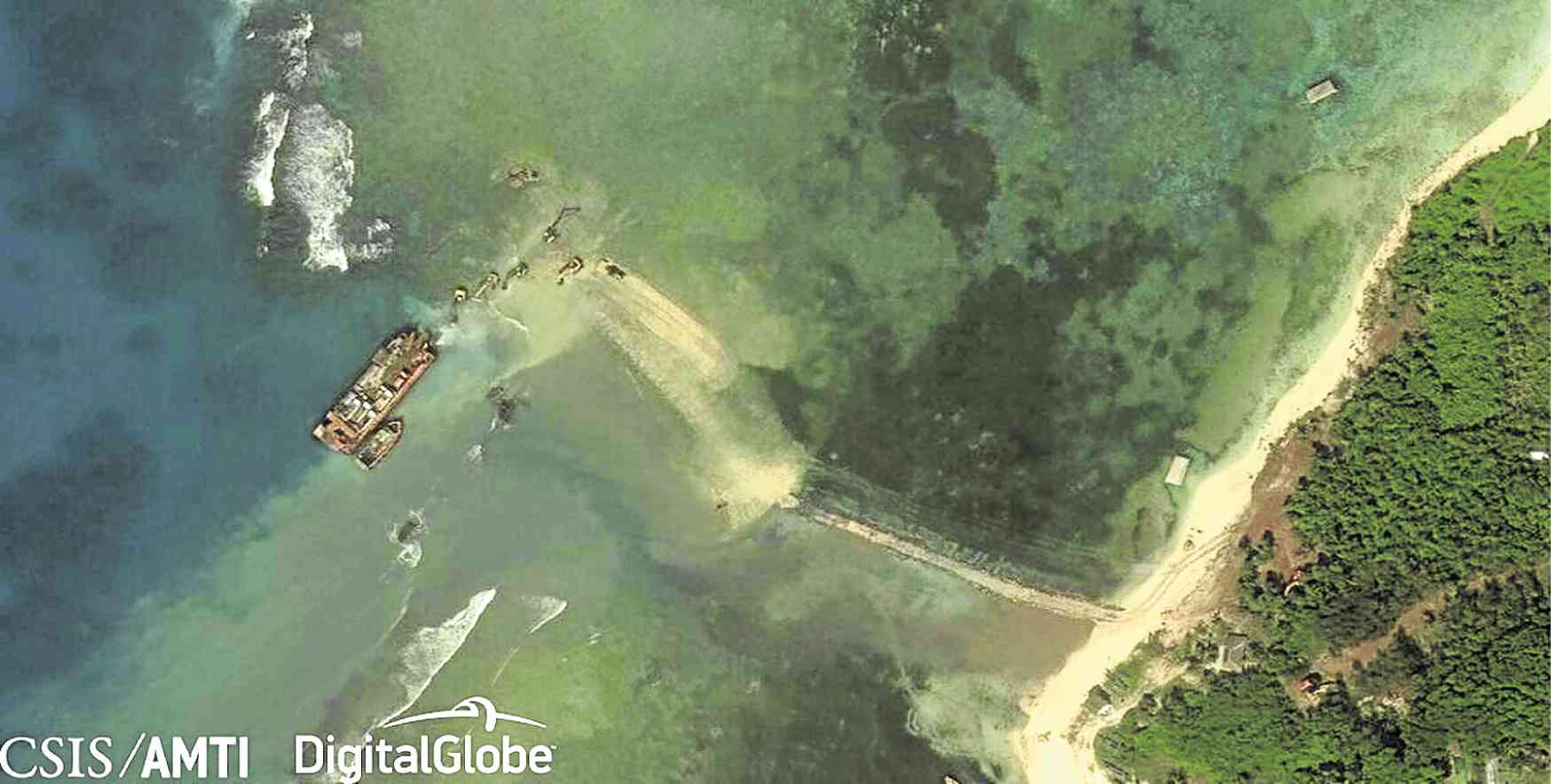 Reclamation work on the Philippine-occupied Pagasa (Thitu) Island in the South China Sea can be seen in these satellite images provided by Asia Maritime Transparency Initiative. —AMTI.CIS.ORG

MANILA — The Philippines will continue to carry out its construction work on Pagasa Island (Thitu) in the West Philippine Sea (South China Sea) despite reports of the presence of Chinese paramilitary forces nearby, Defense Secretary Delfin Lorenzana said.

Citing satellite images, Washington-based think tank Asia Maritime Transparency Initiative reported that Chinese vessels were deployed near Pagasa Island as a response to the ongoing rehabilitation of the Philippine-controlled island.

These Chinese vessels, which peaked at 95 at one point last year, allegedly do not fish but are intended to intimidate other claimants in the disputed waters.

But Lorenzana did not find this new: “The presence of militia on the Chinese man-made structures is no surprise to us as they have been there since 2012.”

“We expect other countries to respect Philippine sovereignty, and to conduct themselves in a civilized manner befitting members of the global community,” he said in a statement.

In April 2017, the Philippine government announced that it would continue the long-delayed repair and rehabilitation of the neglected outpost, which is also the biggest one occupied by the Philippines in the Spratlys. It had been stalled for years over fears of China’s reaction.

“Improving the safety, welfare, livelihood, and personal security of Filipinos in the Municipality of Kalayaan, a distinct and separate town under the province of Palawan, is the government’s Constitutional mandate,” Lorenzana said.

The work ongoing for the beaching ramp is expected to be finished by first quarter of 2019. The repair of the runway, the construction of barracks, desalination facilities, sewage disposal system, conventional and renewable power generations, lighthouses, shelters and storage facilities for fishermen, will immediately follow.

“These planned modest improvements are basic but nonetheless highly essential in delivering social services to raise the standard of living and improve the quality of life of Filipino citizens on the island,” he said.

The construction of the beaching ramp was initially targeted to be finished by the end of 2018 but it had faced delays due to inclement weather and rough seas.

The defense chief said they had always been vocal in their intent to improve the living conditions of both the civilian and military inhabiting the Philippine-occupied outposts the Spratlys.

“Having undergone careful planning and consideration, with full respect to international law and rules-based order governing civilized states, implementing these improvements is a legitimate undertaking, and well within our rights as a sovereign nation,” he said. /jpv