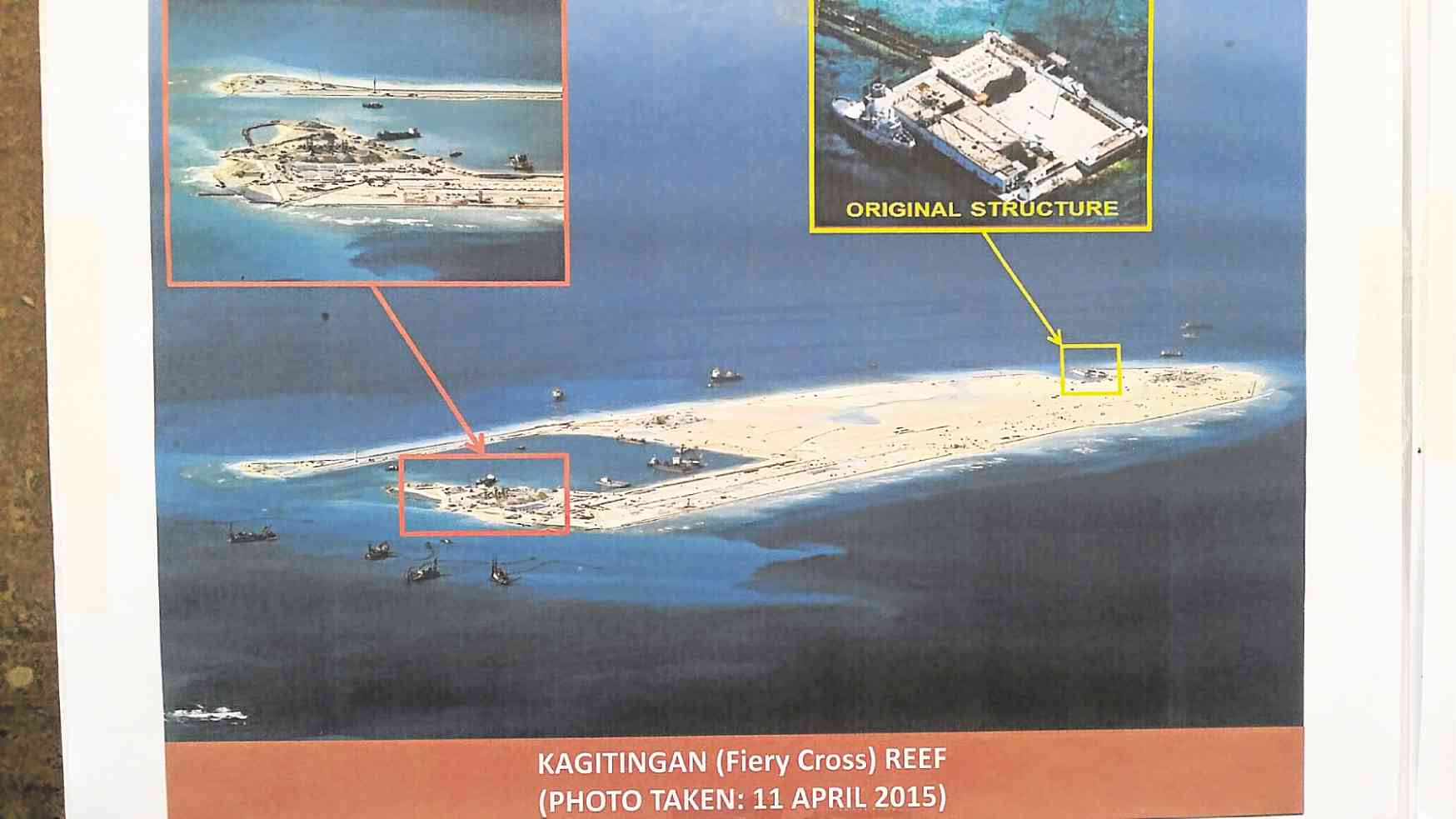 A sprawling Chinese military facility on Kagitingan (Fiery Cross) Reef in the West Philippine Sea, part of the South China Sea that is within the Philippines’ 370-kilometer exclusive economic zone. AFP

Not responding to this latest activity, he said, means China has a right to occupy and use the disputed reef.

“We should protest because Fiery Cross Reef is part of the geologic features we claim in the Kalayaan Island Group. If we do not protest, then we impliedly consent to China’s act of putting up a maritime rescue center there,” Carpio said in a statement to the media.

Early this week, China announced it had launched a maritime rescue center on Kagitingan Reef, one of its seven man-made bases in the Spratly Islands.

“Occupation and use are acts of sovereignty. This contradicts our claim that we have sovereignty over the Fiery Cross Reef,” Carpio said, emphasizing that “an act of administration is an essential element in acquiring sovereignty.”

China claims nearly all of the 3.5-million-square-kilometer South China Sea, including waters close to the shores of its Southeast Asian neighbors the Philippines, Brunei, Malaysia, and Vietnam – all of which have claims in the strategic waterway.

“If we impliedly or agree to such act of administration by China, we are helping China strengthen their sovereignty claim to Fiery Cross to our own prejudice,” he said.

China said facilities it built in its man-made islands in the Spratlys in recent years are primarily for civilian purposes even if it also deployed missile launchers and radar- jamming equipment in those areas.

But analysts said missile shelters, runways, ports, and aircraft hangars that China built in the disputed sea in recent years make it appear these islands are military installations and definitely not for civilian use. /kga