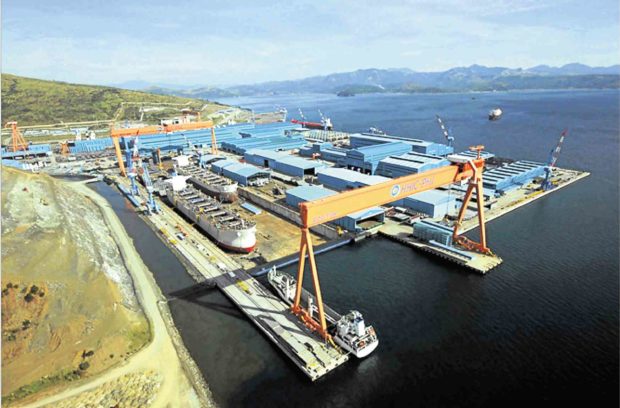 MANILA, Philippines — Senator Grace Poe called for a Senate inquiry into the reported possible Chinese takeover of the Hanjin Philippines in Subic Bay, one of the most important maritime facilities in the Philippines.

Filing Senate Resolution 991 on Jan. 19, Poe asked the Senate committees on national defense and public services to conduct an inquiry to determine whether the country must enact appropriate measures concerning the ownership and control of a “critical and strategic national asset.”

“There is a need to determine the adequacy of statutory, regulatory and other legal frameworks for the ownership, control and management by foreign corporations and entities of strategic industries that are vital for national security, development, and economy such as shipyard facilities,” Poe said in her resolution.

Subic Bay, which shelters Philippine Navy ships and serves as a port of re-supply for US Navy ships, is located about 260 kilometers from Bajo de Masinloc (Scarborough Shoal), a rock that is part of Philippine territory but is being claimed by China.

The Philippines and China have been locked in a maritime dispute over the West Philippine Sea for years.

China’s expansive claim in the South China Sea has been invalidated by a Permanent Court of Arbitration Tribunal decision in 2016. China, however, refused to recognize the ruling.

Poe said the “security and control over Subic Bay are paramount to the security of the West Philippine Sea, the sovereign rights and jurisdiction of Philippines over it is acknowledged and confirmed in the 2016 Award on the South China Sea Arbitration.” /cbb