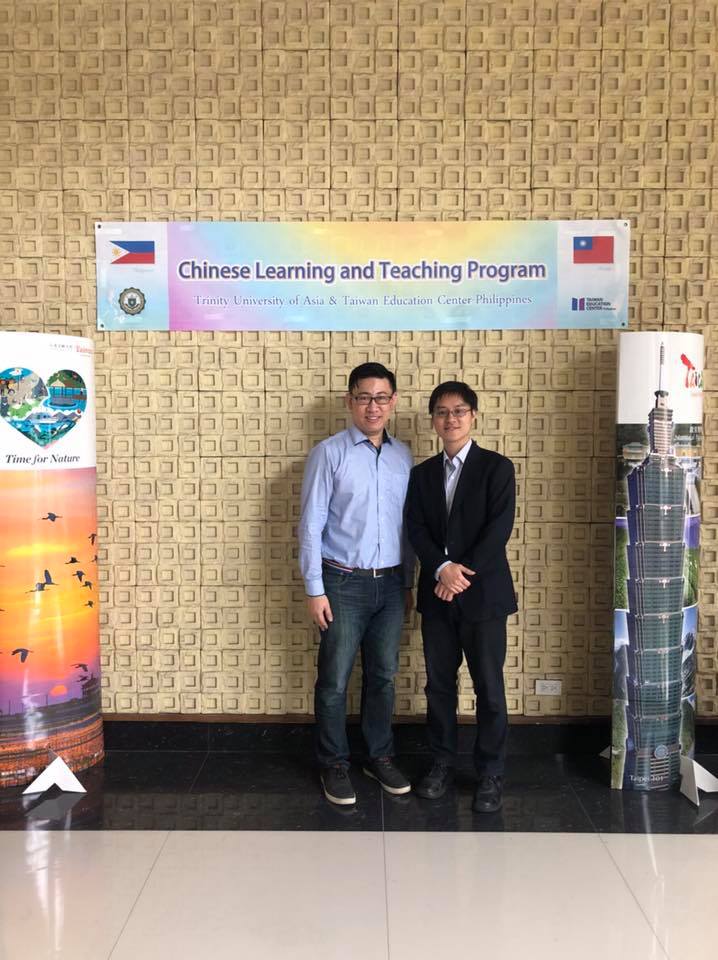 MANILA, Philippines – A cultural exchange program organized by Taiwan that provides Chinese language lessons to Filipino students has had positive results, according to the Taiwan Education Center Philippines.

Huang Tse-hsiang (黃澤翔), who is in charge of the program, said recently that the classes have been well received and more than 1,000 students have signed up to attend.

Operated by National Sun Yat-sen University with the backing of the Ministry of Education (MOE), the center was set up in Sept. 2017 to promote quality Chinese language education in the Southeast Asian country, while at the same time offering courses to train local Chinese language instructors.

Courses are currently being offered at Trinity University of Asia in the Philippines, which has forged partnership with the center to promote educational and cultural exchanges between the two countries.

“We have seen students who had zero experience successfully perform and sing on stage in Chinese two weeks after taking part in the program,” Huang said.

“Some were even able to communicate in simple Chinese with their instructors,” he said.

Since its establishment, the center has held 10 large-scale activities in the country, including the Taiwan Education Fair which took place last August at SM Megamall in the city of Mandaluyong in the Greater Manila Area, and Batangas State University of Luzon Island.

This year, the Taiwan Education Center Philippines will focus on promoting educational opportunities in Taiwan to local high school and university students, Huang said, adding that the center is also encouraging Filipinos to come for masters and doctorate studies in Taiwan.

According to the center, it will host a six-day Chinese-language learning camp in Taiwan from March 2-7, where participants will tour Tainan and Kaohsiung, experiencing local culture and cuisine.

Read Next
BFFP: Philippines is ‘off limits to trash imports’
EDITORS' PICK
Delivering delight against all odds
Leaked: A 60x Zoom and all-new Helio G96 mean a complete overhaul for TECNO Mobile’s new CAMON 18 series
Duterte blasts rights groups for overlooking the ‘other side’ of drug war
153 protests filed vs China actions in PH waters in 2021 — DFA
Next level mobile photography within reach with vivo X70 co-engineered with ZEISS
Lacson wants DOF to suspend TRAIN law as oil prices rise
MOST READ
Robredo to supporters: Be calm, gentle and do good deeds
Duterte inaugurates P684-M bypass road project in Quezon
Matibag calls Senate budget hearing ‘political,’ gets kicked out
Duterte: No drug dealers among the rich in PH
Don't miss out on the latest news and information.