How much time Asians spend helping their child with education?

How much time Asians spend helping their child with education? 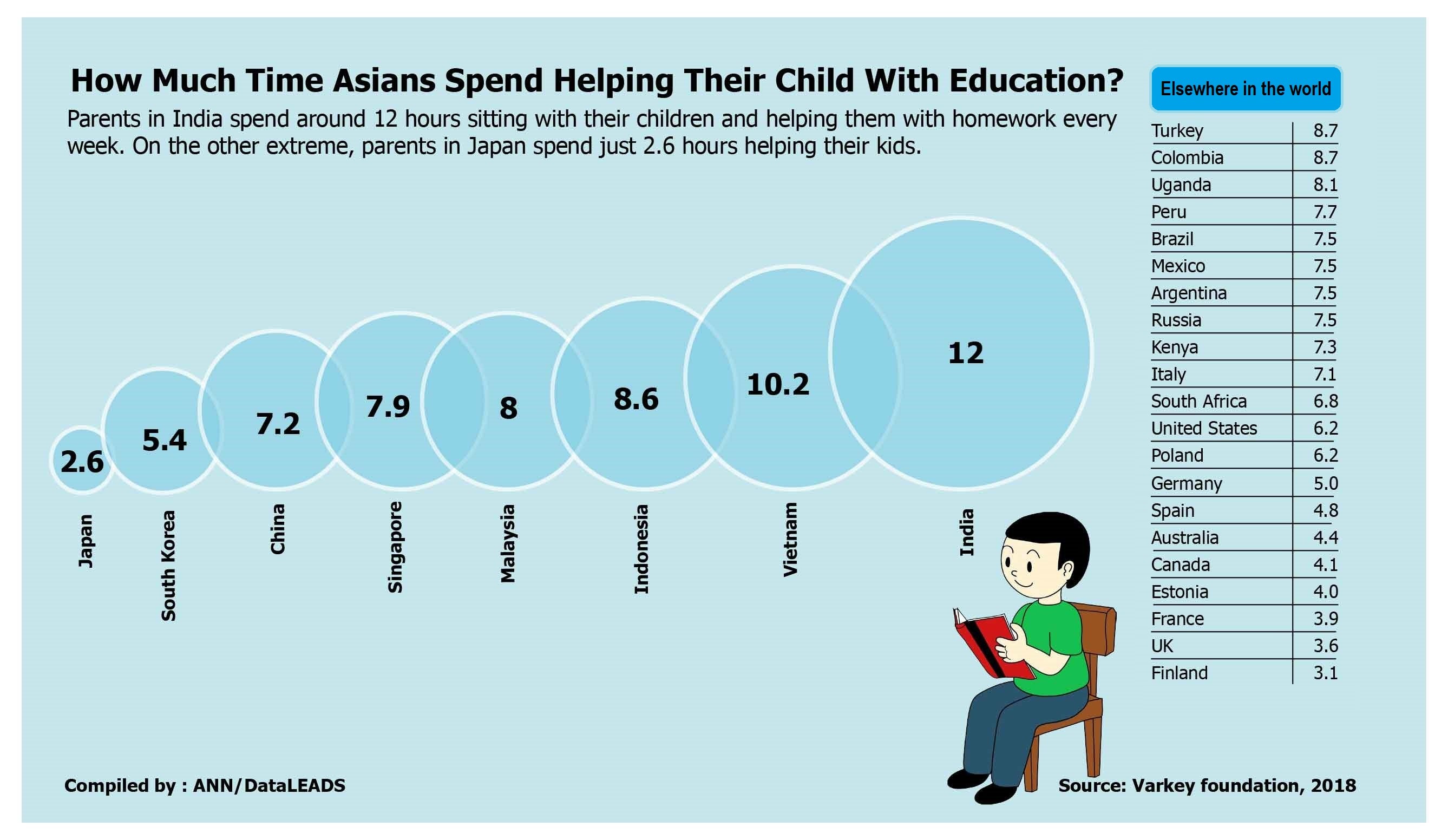 NEW DELHI — Indian parents spend far more time helping their child with their education compared to other countries of the world.

According to the report published by Varkey Foundation, parents in lower income and emerging economies are more likely to spend significant amounts of time helping their children outside the classroom than those in established economies.

India tops the list of Asian countries and also globally with parents taking education under serious consideration for the growth and development of their children. Parents in India dedicate around 12 hours per week to help children in their studies, according to the survey.

The survey report says better educated parents were more likely to spend some time every week helping their children with their education. Also, Asian households spend about 15% of their income on supplemental education services.

Singapore is ranked fifth among Asian countries where parents spend around 7.9 hours per week to help their kids in their studies.

China takes the sixth position among Asian countries where parents give 7.2 hours per week to help their children in their studies at home.