How prepared are Asian youth for the future? | Global News

How prepared are Asian youth for the future? 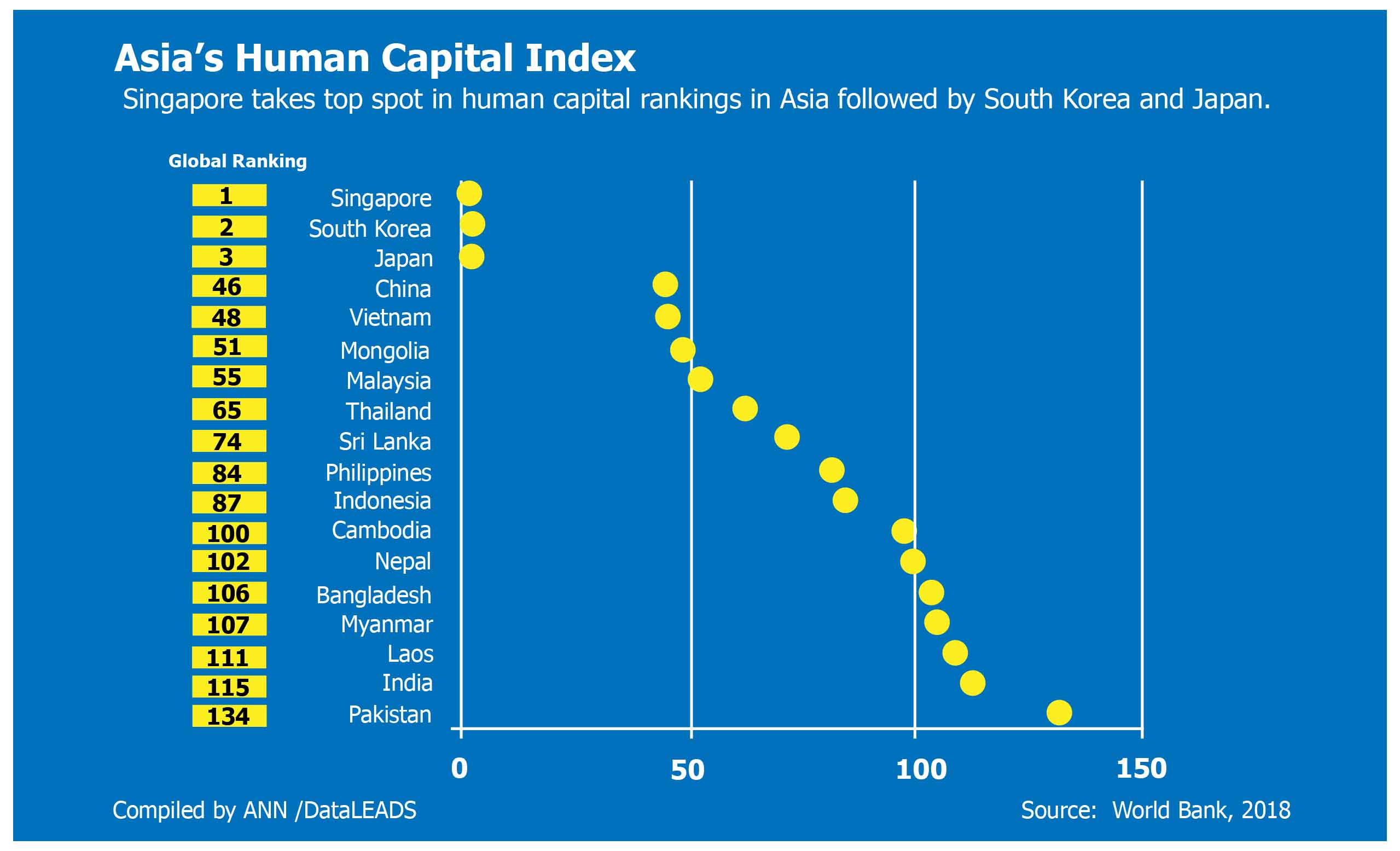 The Human Capital Index (HCI) measures the amount of human capital that a child born today can expect to attain by age of 18, given the risks to poor health and poor education that prevail in the country where the child lives. The HCI index values are contended to convey the productivity of the next generation and highlights how ready are Asian youth to face a future of immense opportunities.

Singapore takes the top spot in human capital rankings globally. It has one of the most robust healthcare system, good education exams results and high life expectancy figures. It ranked first out of 157 economies suggesting that Singapore’s attempt to invest in its human capital will allow children to fulfill 88 per cent of their potential when they grow up.

The top three countries that dominate the global index are Asian countries. South Korea and Japan follow closely at second and third position respectively, both in global rankings and in Asia. Both the countries have improved their position in terms of health and education to be at the lead. Life expectancy at birth and years of schooling has increased gradually. China ranks fifth in Asia and is at 46th position globally followed by Mongolia which is ranked 51st globally. Thailand ranks eighth in Asia and 65th globally, ahead of Sri Lanka which is ranked 74th globally. At 74, Sri Lanka is ahead of other South Asian countries, including Bangladesh (106), Nepal (102), India and Pakistan (134)

Cambodia has seen growth in HDI recently and is ranked twelfth in Asia according to the latest 2018 World Bank figures. It is followed by Nepal, Bangladesh and Myanmar closely. Laos has also managed to go up the list to be ranked 111 globally, experiencing different degrees of progress towards increasing their HDIs.

The report also highlights that 56 percent of children born today across the world will lose more than half their potential lifetime earnings because governments are not currently making effective investments in their people to ensure a healthy, educated, and resilient population ready for the workplace of the future.

India and Pakistan are ranked much below its Asian peers at 115 and 134 respectively.  The World Bank report took into accounts the human capital investments and outcomes which include the sum of the knowledge, skills and health.