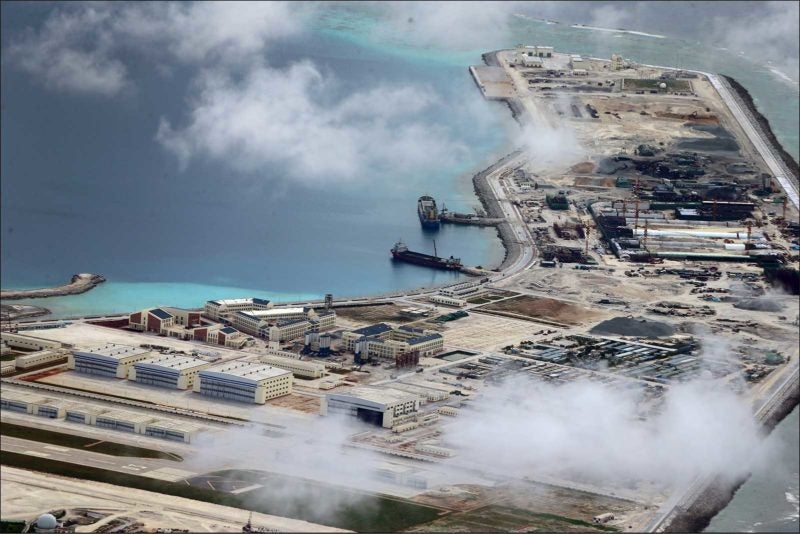 China has announced the start of restoration work on coral reefs damaged by its island-building in Philippine waters in the heavily disputed South China Sea.

“The goal of the facilities is to strengthen ecological protection in the South China Sea and to fulfill the responsibility of protecting and restoring the ecology of territorial space,” the paper said, quoting the Chinese Ministry of Natural Resources.

It said the restoration would be “mainly done by nature but artificially aided.”

Ruling in July 2016 on the Philippines’ challenge to China’s claim to nearly all of the South China Sea, the Permanent Court of Arbitration in The Hague declared “China had caused severe harm to the coral reef environment” in its massive reclamation and construction of artificial islands in the South China Sea.

Besides the Philippines, three other Southeast Asian countries—Brunei, Malaysia and Vietnam—have claims in the South China Sea.

Taiwan is a sixth claimant, with the same expansive claim as China’s.

The arbitral tribunal invalidated China’s sweeping claim, saying it violated the Philippines’ sovereign right to fish and explore in the West Philippine Sea—waters within the Southeast Asian country’s 370-kilometer exclusive economic zone in the strategic waterway.

China ignored the ruling and proceeded to build artificial islands on seven Philippine-claimed reefs in the Spratlys.

Kagitingan, Zamora and Panganiban are the biggest of the reefs, now topped with docks and runways that can receive large military vessels and planes, and arrayed with radars, communication equipment, antiship and surface-to-air missile systems.

Prof. Jay Batongbacal, director of the University of the Philippines Institute for Maritime Affairs and Law of the Sea, is skeptical about China’s intentions and he doubts whether the three big reefs can still be restored.

“The reefs they mentioned, the three artificial islands, obviously these can no longer be restored because these are already buried in concrete,” Batongbacal told Inquirer.net on Thursday.

The surrounding areas, also damaged by the island-building, may also be difficult to restore, as there is “a lot of activity going on that will mitigate the ability of coral to recover,” he said.

Batongbacal sees China’s announcement as not really meant for rehabilitation of the three reefs but to assert administrative control over the South China Sea eventually, through civilian activities rather than military means.

The initiative, he said, is an attempt by the Chinese to “soften the image” of the artificial islands, which have military purposes.

“They are focusing [on] trying to highlight the civilian uses and so-called public good that these islands can also have. They are trying to present it to make it more acceptable to the region. But it should not be forgotten that it’s just another step in the process of slowly asserting control in the entire South China Sea,” Batongbacal said.

Aside from the direct impact on the marine environment, China’s island-building has also contributed to the decline of fish stocks in the South China Sea.

Read Next
China announces start of repair of coral reefs in Spratlys
EDITORS' PICK
COVID-19 kills 29 more, toll now at 136; total case jumps past 3,000
Anne Curtis, Angel Locsin, and Gabbi Garcia: Celebrity tweets on the state of the nation
Early release of govt workers’ midyear bonus pressed
PNP chief: We lost one to COVID-19
‘Because it’s his sworn duty’: A tribute to a Filipino nurse who died of COVID-19
BOC releases PPEs for medical frontliners
MOST READ
Angelica Panganiban on endorsing Duterte in 2016: ‘Patawarin niyo ko’
PACC to NBI: Probe Robredo for ‘competing with national govt’ in fight vs COVID-19
PACC’s COVID-19 motto? ‘Lahat ng tutulong, ikukulong’ — Lacson
5 Filipinos on Forbes Asia’s “30 Under 30” roster
Don't miss out on the latest news and information.