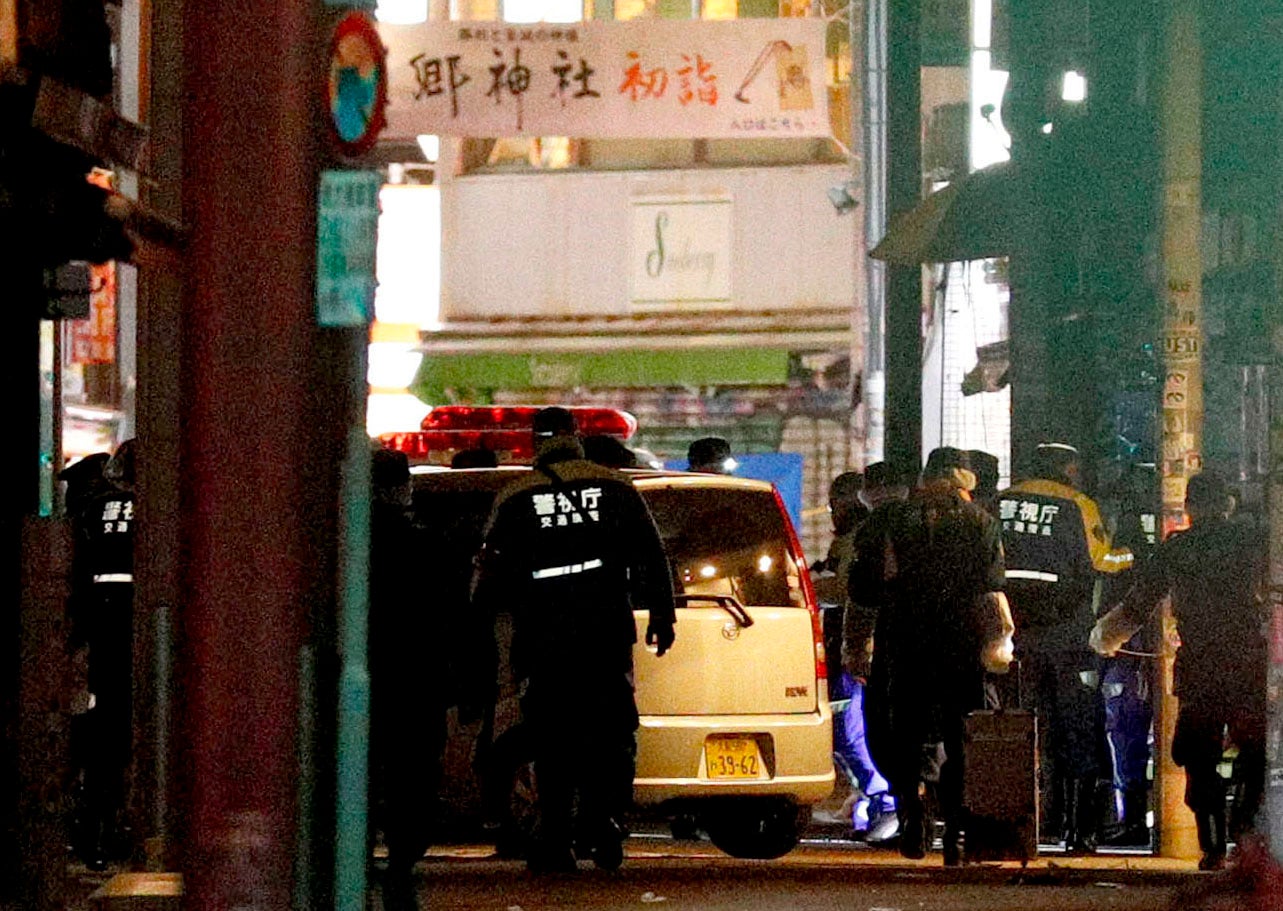 A car is inspected by police after it injured several pedestrians on Takeshita Street in Tokyo, early Tuesday, Jan. 1, 2019. A car slammed into pedestrians early Tuesday on a street where people had gathered for New Year’s festivities in downtown Tokyo.(Yuta Omori/Kyodo News via AP)

MANILA, Philippines — No Filipinos were reported hurt after a car slammed into a crowd of New Year revelers in Tokyo last Tuesday, the Department of Foreign Affairs (DFA) said.

In a statement on Wednesday, the DFA said information showed that there were no Filipinos among the nine persons that were injured in the accident.

The Philippines Embassy in Tokyo conveyed the information to the DFA after the former coordinated with Japanese authorities.

The Embassy also noted that the nine victims sustained minor to serious injuries after a 21-year-old man “deliberately drove his car into the crowds gathered in Harajuku district” amid the New Year festivities.

“The driver was immediately taken into custody by authorities who are investigating the incident as an act of terrorism,” the DFA added.  /muf