MANILA, Philippines — The United Kingdom (UK) has warned its citizens against traveling to Mindanao after the New Year’s Eve bombing at a shopping mall in Cotabato City that killed two people and left dozens injured.

“The Foreign and Commonwealth Office (FCO) advise against all travel to western and central Mindanao and the Sulu archipelago because of terrorist activity and clashes between the military and insurgent groups,” the UK said in a travel advisory.

Citing threat of terrorism, the UK government also asked its citizens against “all but essential travel” to the remainder of Mindanao (excluding Camiguin, Dinagat and Siargao Islands) and to the south of Cebu province, up to and including the municipalities of Dalaguete and Badian. 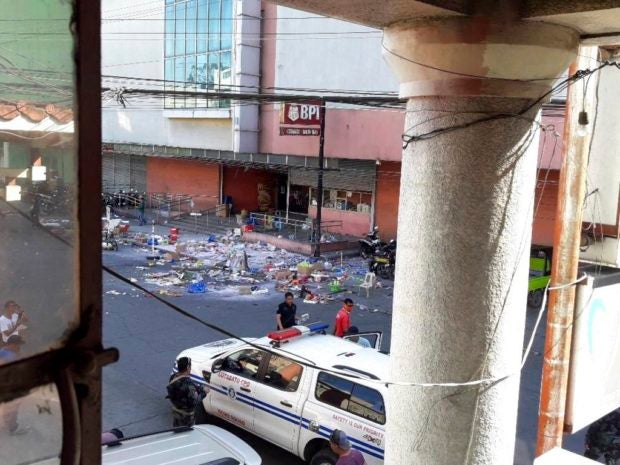 Debris is strewn outside the South Seas Mall in Cotabato City following a bombing last Dec. 31, 2018, that killed two people and injured 34 others. AP PHOTO

The UK further asked its citizens to be vigilant at all times especially in public places and report anything suspicious to authorities.

“Terrorist groups continue to plan attacks and have the capacity and the intent to carry out attacks at anytime and anywhere in the country, including in places visited by foreigners, like airports, shopping malls, public transport, including the metro system, and places of worship,” the UK said.

“You should remain vigilant at all times and report anything suspicious to local authorities,” it added.

The explosion left two civilians dead and at least 34 others injured as it ripped through stalls in front of the South Seas Mall on New Year’s Eve.

Malacañang has vowed to “get to the bottom” of the deadly blast at the “soonest possible time.”

READ: Palace vows to ‘get to the bottom’ of Cotabato City mall blast

The UK advisory also mentioned the report of American authorities that highlighted the “substandard security” of the Ninoy Aquino International Airport (Naia), the country’s main airport.

“Additional security measures are in place on flights departing from this airport to the UK. You should co-operate fully with security officials. The UK keeps aviation security measures under constant review, in conjunction with international partners and the aviation industry,” the UK said.