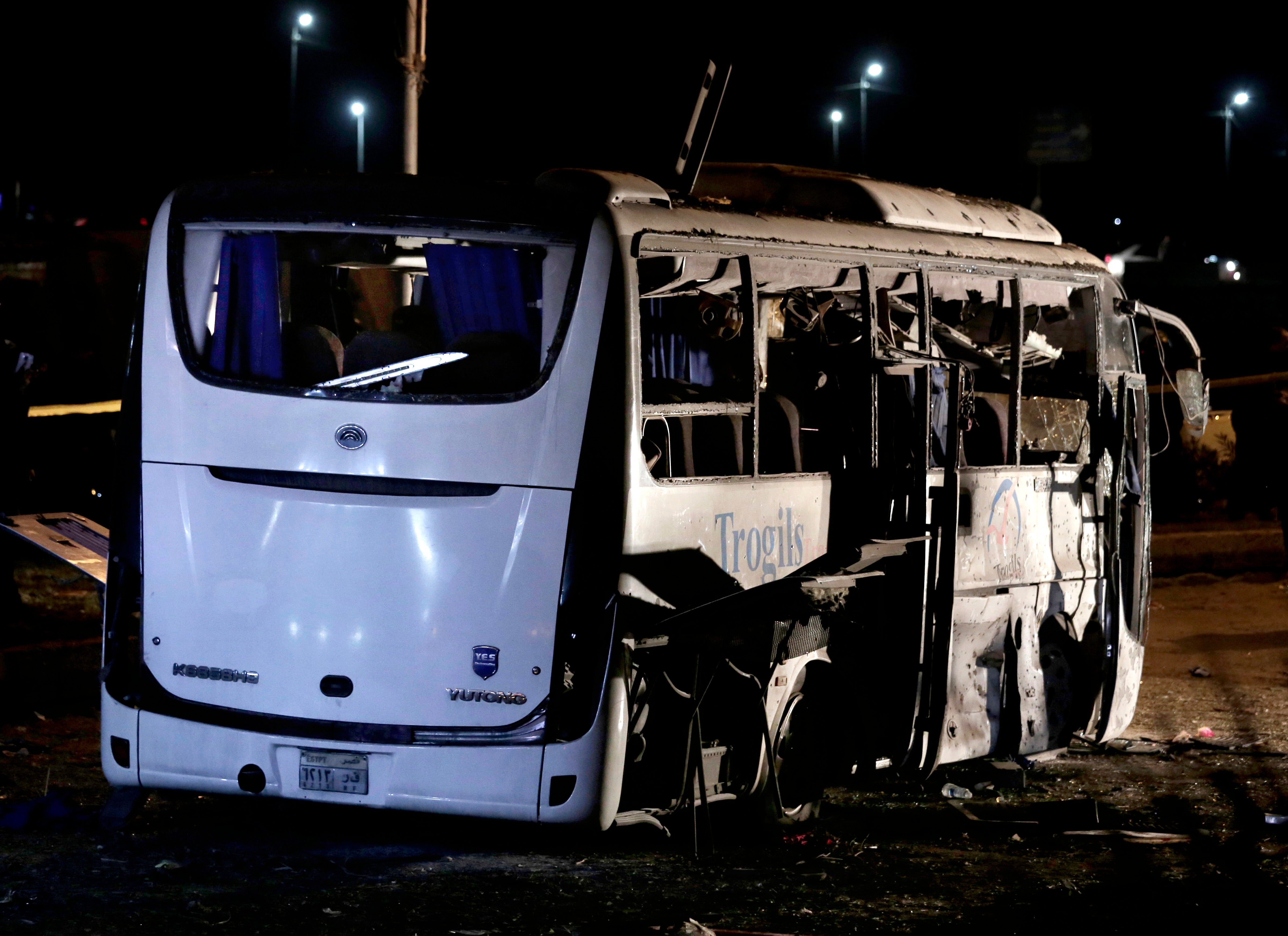 The damaged tourist bus after a roadside bomb in an area near the Giza Pyramids in Cairo, Egypt, Friday, Dec. 28, 2018. (AP Photo/Nariman El-Mofty)

The DFA issued the travel advisory in the wake of a tourist bus bombing in the Giza Region which left four people dead and 10 others hurt.

“The DFA today advised Filipinos planning to travel to Egypt to exercise a higher level of vigilance when visiting tourist destinations there,” the agency said in a statement.

Among those killed were three Vietnamese tourists and an Egyptian tour guide.

The bombing took place in the Haram district, Giza Region where the world-famous Giza Pyramids are located.

A roadside bomb reportedly hidden in a wall exploded as the bus carrying 14 Vietnamese tourists passed by, Ambassador to Egypt Sulpicio Confiado said.

The DFA said that aside from tourists, the Embassy’s advisory covers the estimated 5,000 Filipinos residing and working in Egypt. /muf