LOOK: DFA chief, US Secretary of State meet in Washington 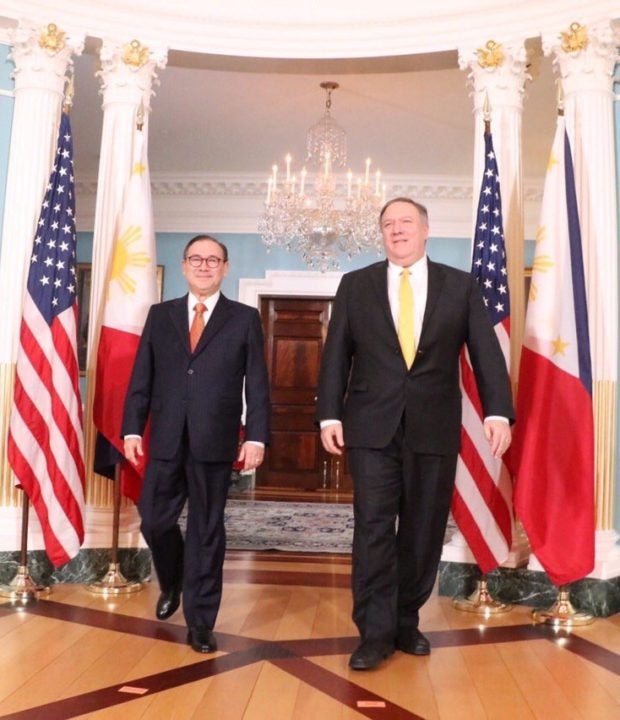 The Philippines is one of the claimants of the South China Sea, a strategic waterway believed to contain vast resources. While the US is not a claimant, it has expressed concern over China’s militarization of the disputed features and excessive maritime claims.

The two officials also reaffirmed the Philippine-US alliance including commitments under the decades-old Mutual Defense Treaty.

The meeting comes as a follow-up after their phone call in October when Locsin assumed office.

The two officials also “explored opportunities to increase people-to-people ties between our two countries, our longstanding commitment to human rights, and our cooperation to strengthen the Philippines’ energy security.” /je