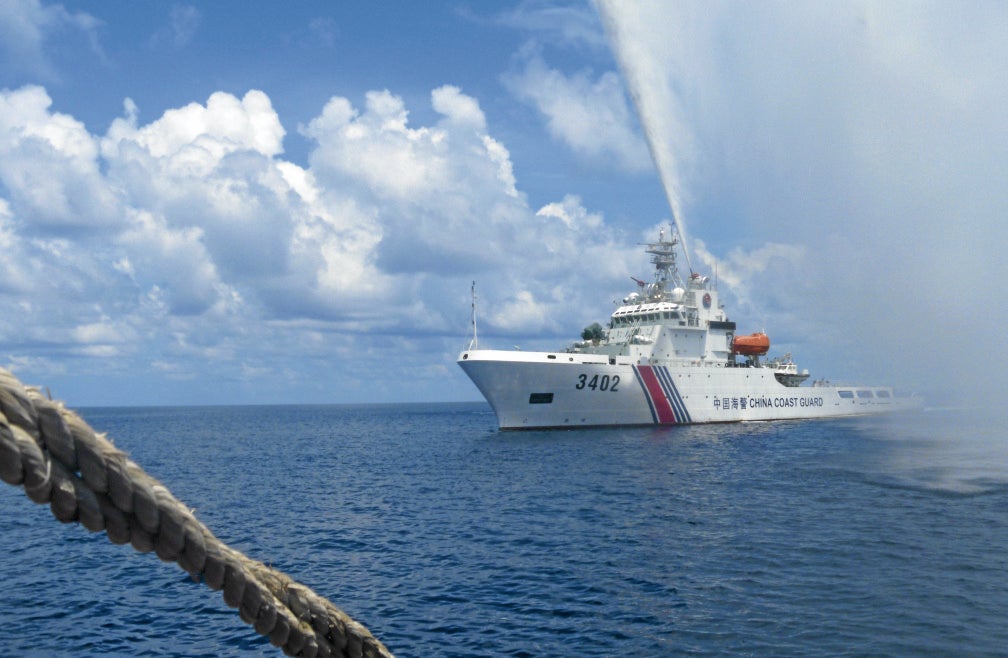 MANILA, Philippines—A possible armed confrontation over the disputed maritime areas in the South China Sea is on the top list of security threats concerning the United States in the coming year, according to an annual survey of US foreign policy experts.

An assessment conducted by the Center for Preventive Action of the Council on Foreign Relations, a US-based independent think tank, said a potential conflict between China and one or more Southeast Asian claimants (Brunei, Malaysia, Philippines, Taiwan and Vietnam) was the only “top tier” priority involving China despite the growing geopolitical rivalry between US and China.

The survey released on Tuesday said the likelihood of the conflict would be “moderate,” which means it has an even chance of occurring in 2019.

But the impact of this would be “high” on US interests, however. This means “the contingency directly threatens the US homeland, a defense treaty ally, or a vital strategic interest, and, thus, is likely to trigger a major US military response.”

While a non-claimant in the South China Sea, the US has expressed concern over China’s militarization of the disputed features. It also regularly sends its warships for freedom of navigation operations to challenge China’s massive maritime claims.

The US is the Philippines’ oldest treaty ally but has remained vague if it would defend the latter when push comes to shove in the disputed features.

READ: 61% of Filipinos believe US will defend Philippines in case of invasion

The Philippines and the US are bound by the Mutual Defense Treaty, signed on Aug. 30, 1951, which calls for both states to come to each other’s defense against an armed attack. But the US commitment to defend the Philippines if the attack involves disputed territories has persistently raised doubts in recent years.

READ: US ‘committed to protecting treaty ally’ but stand on sea row unclear

“We’d like to avoid hypotheticals — what if this happens, what if that happens. In general, our alliance is ironclad and we are committed to the Mutual Defense Treaty and in protecting our treaty ally the Philippines in ensuring its sovereignty isn’t threatened,” Dr. Joseph Felter, US Deputy Assistant Secretary of Defense for South and Southeast Asia, told journalists last week when asked if the US would come to the aid of the Philippines in case of conflict in areas involving the disputed features in the West Philippine Sea.

The rest of the Tier 1 security concerns in the survey include: a highly disruptive cyberattack on US critical infrastructure and networks; renewed tensions on the Korean Peninsula following a collapse of the denuclearization negotiations; and an armed confrontation between Iran and the US or one of its allies over Iran’s involvement in regional conflicts and support of militant proxy groups.

The annual Preventive Priorities Survey produced a list of top 30 contingencies and assessed each in terms of its likelihood and potential impact on US interests. The results were sorted into three tiers of relative priority for preventive action.

About 500 US government officials, foreign policy experts, and academics were respondents to the survey conducted in early November 2018. /jpv