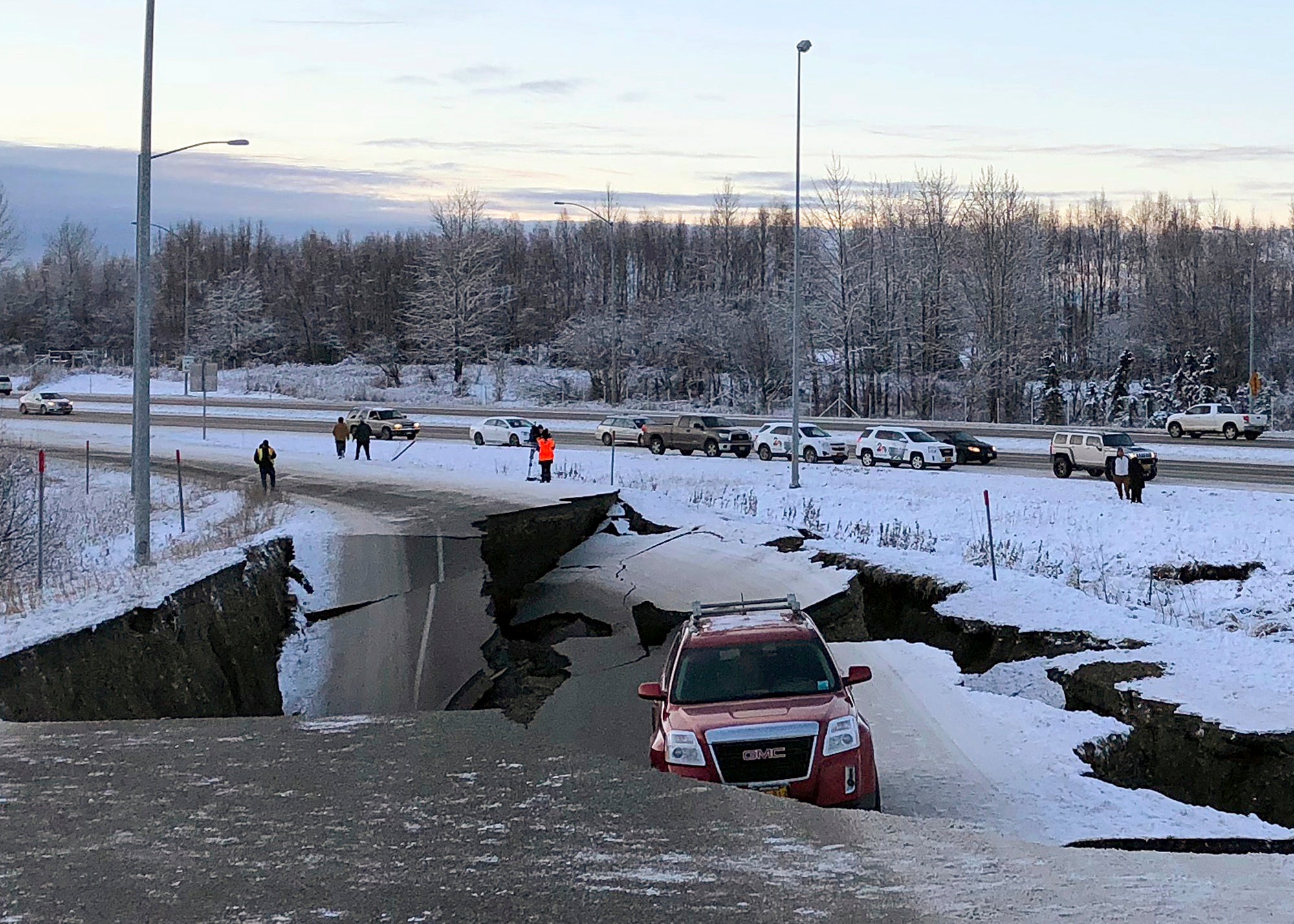 A car is trapped on a collapsed section of the offramp of Minnesota Drive in Anchorage, Friday, Nov. 30, 2018. Back-to-back earthquakes measuring 7.0 and 5.8 rocked buildings and buckled roads Friday morning in Anchorage, prompting people to run from their offices or seek shelter under office desks, while a tsunami warning had some seeking higher ground. (AP Photo/Dan Joling)

The assurance was given by the Department of Foreign Affairs (DFA) on Saturday as it continues to monitor the situation. 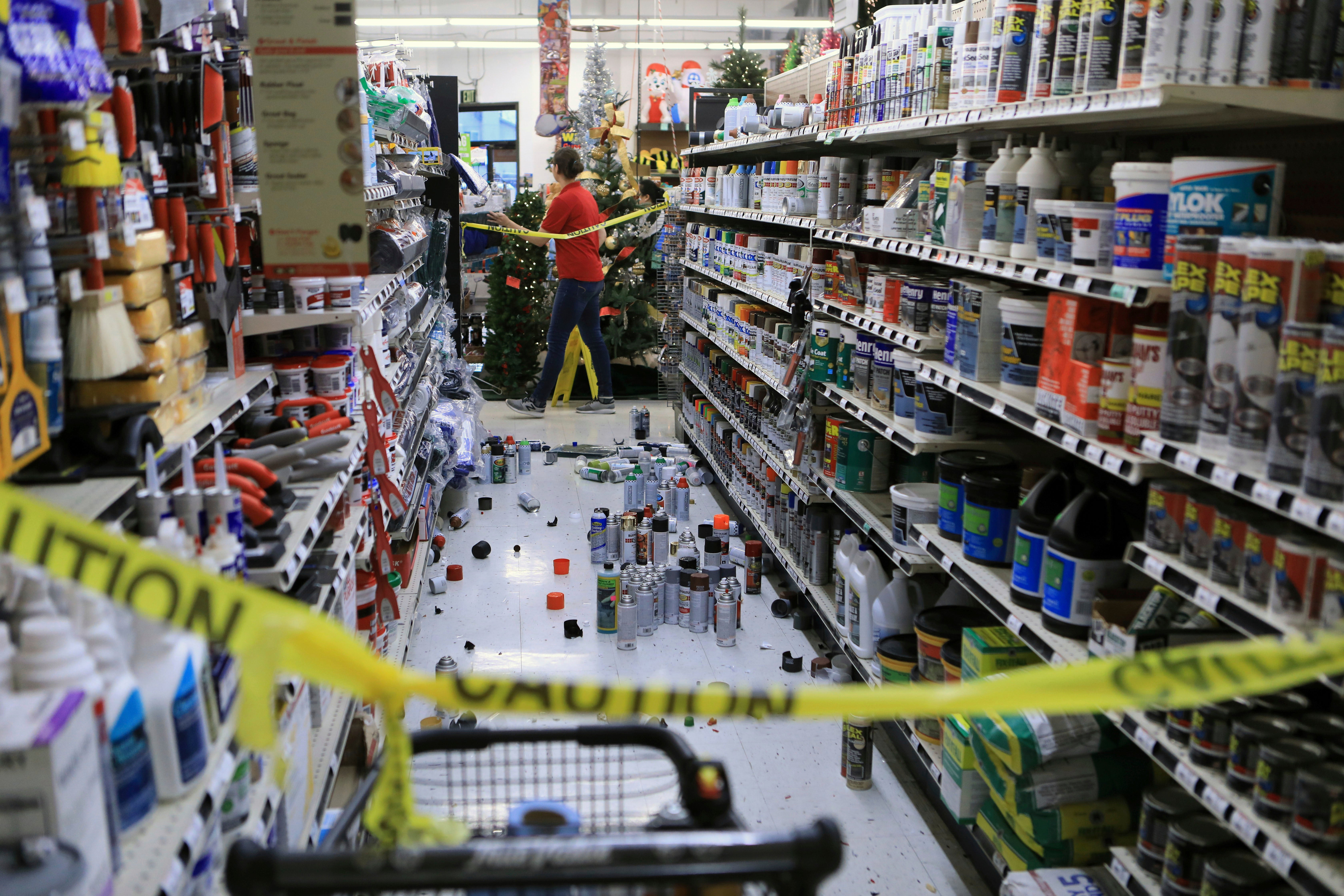 An employee walks past a damaged aisle at Anchorage True Value hardware store after an earthquake, Friday morning, Nov. 30, 2018, in Anchorage, Alaska. Tim Craig, owner of the south Anchorage store, said no one was injured but hundreds of items hit the floor and two shelves collapsed in a stock room. (AP Photo/Dan Joling)

“The Philippine Consulate General in San Francisco, which has jurisdiction over Alaska, is also in touch with leaders of the Filipino Community in Anchorage who reported that no Filipino was among those initially reported to have been injured in the earthquake,” the DFA said in a statement.

Bensurto has requested the Office of Foreign Missions of the Department of State to provide further details on the situation of Filipinos in Alaska following the strong quake.

Filipinos in the area have been asked to seek shelter, prepare for possible aftershocks, and avoid unnecessary road travel for safety purposes, Bensurto said.  /muf