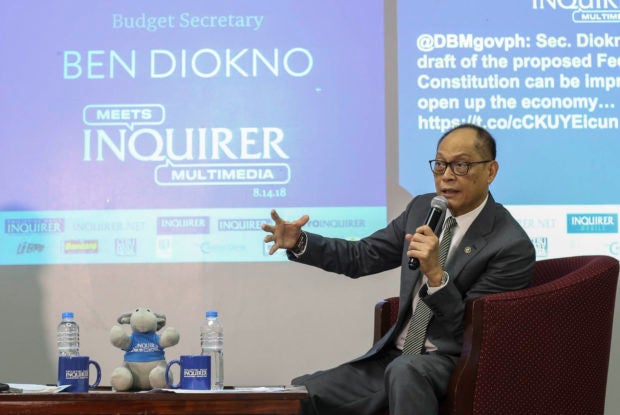 Budget Secretary Benjamin Diokno on Monday said the Chinese government is planning to hire “around 10,000” Filipinos to work as domestic helpers for the expatriates in China.

“They (China) are planning to hire our countrymen… China is willing to hire our overseas Filipino workers,” Diokno told reporters in a forum in Quezon City.

“It’s a G-to-G (program) not through a third party… government-to-government,” he added.

Diokno noted that the Filipinos will be hired to become domestic helpers of “expats in Beijing, Shanghai and other places.”

“Compensation will be much better… because there will be no third party,” he stressed.

The Budget chief made the announcement ahead of the state visit of Chinese President Xi Jinping in the country on Tuesday.

Earlier, Diokno said at least 10 loan agreements for infrastructure projects will be signed when Xi visits the Philippines. /je