Boy, 2, does fist bump with Duterte in Singapore 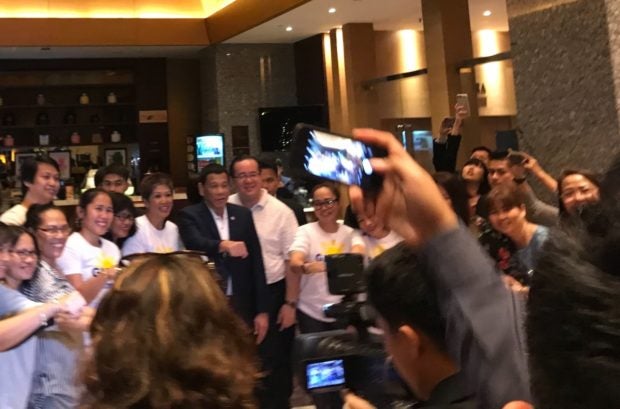 SINGAPORE – President Rodrigo Duterte’s signature fist bump pose must have become so popular that even a two-year-old Filipino boy knows how to do it when he saw the Chief Executive up close here on Tuesday.

The boy named Charlie was among a throng of Filipino supporters who waited for Duterte at the lobby of a hotel where the President is ‪staying for the 33rd Association of Southeast Asian Nations (Asean) Summit here.

The supporters raced against each other to get a photo with the President, who returned to the hotel past 9pm.

Some of the supporters, who were wearing “Global Partylist” white shirts, lined up and made the fist bump pose with the President.

And so did Charlie. 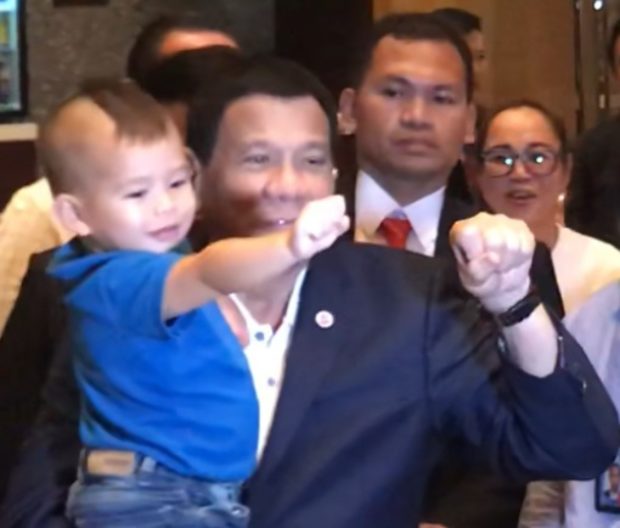 Two-year-old Charlie does the fist bump with President Rodrigo Duterte when the two met at a hotel in Singapore, where the Chief Executive wasattending the Asean Summit on Nov. 14, 2018. INQUIRER.NET / MAILA AGER

The President carried the boy and both did the fist bump for the camera.

For a few more minutes, Duterte spent his time going around the lobby to meet and greet his supporters.