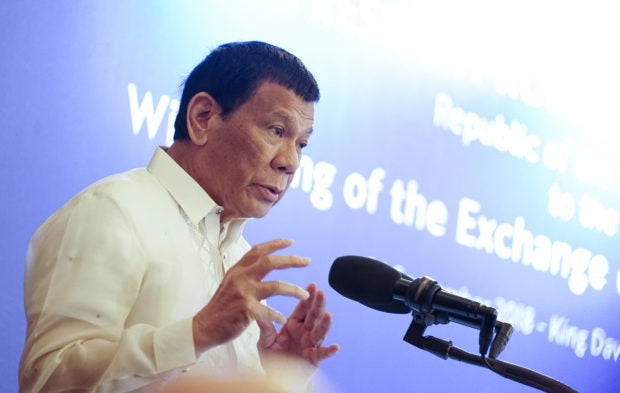 In a statement, Malacañang said Duterte would  “engage leaders” of Asean-member states and dialogue partners, which include China, Russia and the United States, on Manila’s position on various issues such as our maritime dispute and illegal drugs.

“The President will reiterate the Philippines’ principled positions on matters concerning the South China Sea and transnational and transboundary issues such as terrorism, violent extremism, trafficking in persons, illicit drugs and disaster risk reduction and management,” Palace said.

China claims nearly the entire South China Sea, including parts of the West Philippine Sea, but the Permanent Court of Arbitration in The Hague invalidated in July 2016 Beijing’s sweeping claims in the disputed sea weeping claim and recognized the Philippines’ sovereignty over the area.

But since he assumed office, Duterte has set aside the ruling and developed warm ties with Chinese President Xi Jinping, whom he considered his “good friend.”

The Duterte administration has taken a “soft landing” in delaying with China over our maritime dispute and decided to have bilateral talks between Manila and Beijing.

On Wednesday, Asean leaders and Chinese President Li Keqiang will meet during the Asean-China Summit to discuss concerns on regional issues and enhance cooperation among countries in the region.

Malacanang said the Philippines was looking forward to exchanging views and “discussions on regional and global developments that impact regional peace, security and stability.”

Asean and China are still negotiating for the adoption a new code of conduct to ensure peace in the tension-filled South China Sea. /cbb