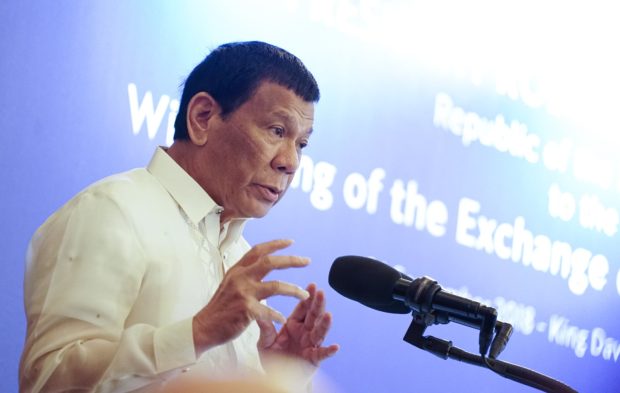 Duterte’s private jet, which came from Davao City, his hometown, arrived at the Changi airport at 8:23 p.m.

The President is scheduled to meet Asean leaders to discuss political, economic and security cooperation.

The chief executive will have a bilateral meeting with Japanese Prime Minister Shinzo Abe and might also have one with Russian President Vladimir Putin.

The President might also have a meeting with United States Vice President Mike Pence and Chinese Premier Li Keqiang. /atm

Departure for Singapore to Participate in the 33rd Association of Southeast Asian Nations (ASEAN) SummitDavao CityNovember 12, 2018

Posted by Presidential Communications (Government of the Philippines) on Monday, November 12, 2018