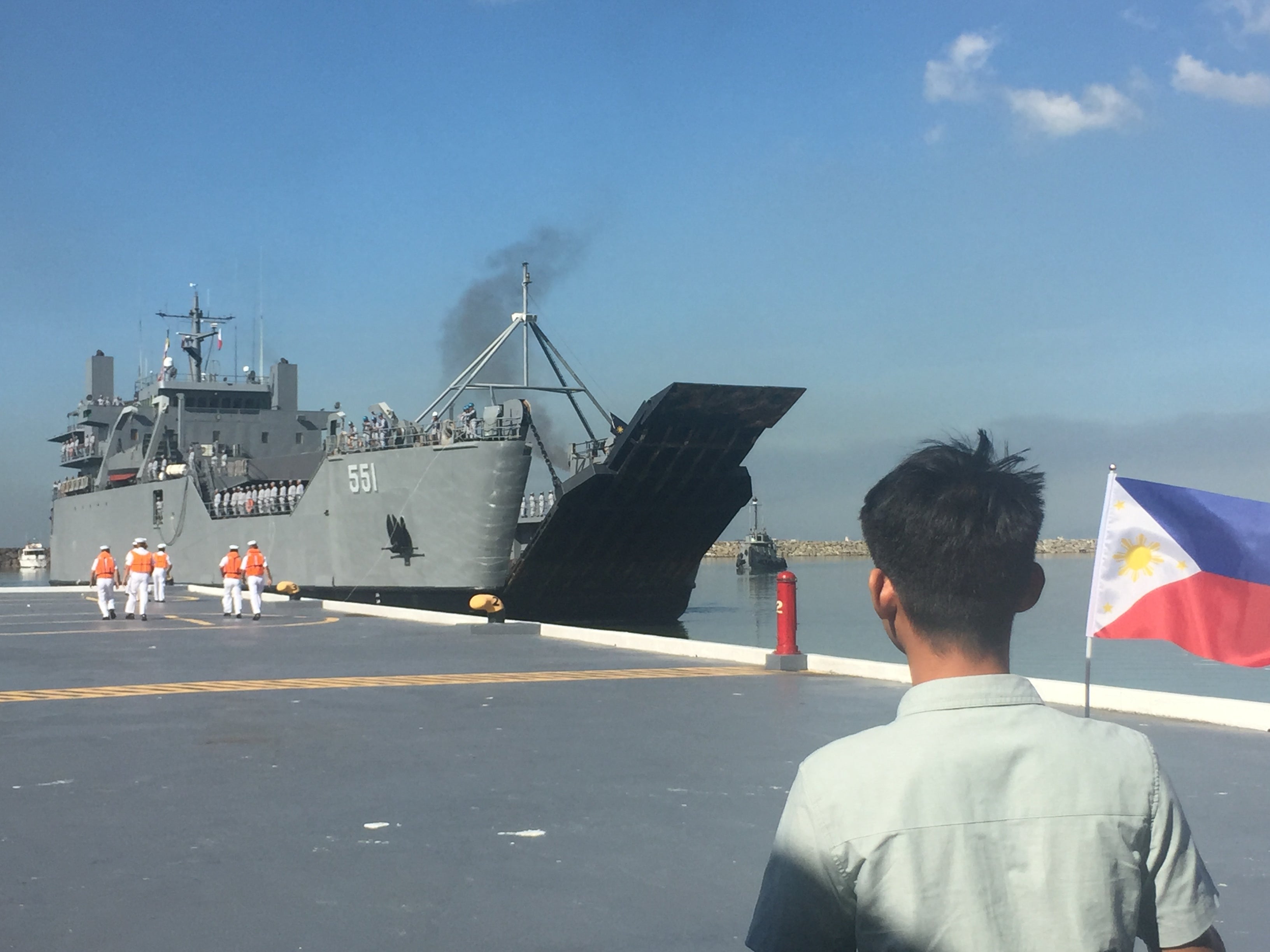 The Philippine Navy contingent that participated in the recently concluded Asean-China maritime exercises (ACMEX) returned home on Thursday after a week-long engagement in Zhanjiang, China.

Cmdr. Sherwin Respeto of Naval Task Group 88, said they won the respect and admiration of other navies for being fast and precise in transmitting tactical signals.

The Philippine Navy sent a logistics vessel for the exercise while the other participating countries sent frigates. BRP Dagupan, after all, was heavily-deployed during Super Typhoon Yolanda (Haiyan) five years ago.

The Navy saw it a great fit for the Asean-China maritime drills that focused on humanitarian assistance and disaster relief.

“Hindi naman specified what type of ship ang ipapadala. The reason why we sent LS-551 is to maximize ang attendance kasi kung frigate konti lang. Maybe next time we will send a logistics ship and a frigate,” he added.

The maritime exercises, held from Oct. 21 to 28, aimed to promote exchanges and regional cooperation between the navies of Asean member states and China to avoid confrontations at sea amid the territorial dispute in the South China Sea. It focused on maritime safety and search and rescue at sea, and the use of code for unplanned encounters at sea.

The first-ever Asean-China drills comes amid Beijing’s efforts to strengthen its ties with Southeast Asian countries. President Xi Jinping is also set to visit the Philippines later this month.

“Ang objective nito is to have interoperability exercises with the other navies since this is the first time, umpisa ng magandang pagsasamahan. Because of good friendship it will help in improving our problems in the West Philippine Sea,” Empedrad said.

“Maganda yung nakakapag-communicate ang barko natin at ibang Asean navy. We hope we’ll have more of this in the future,” he also said.  /muf