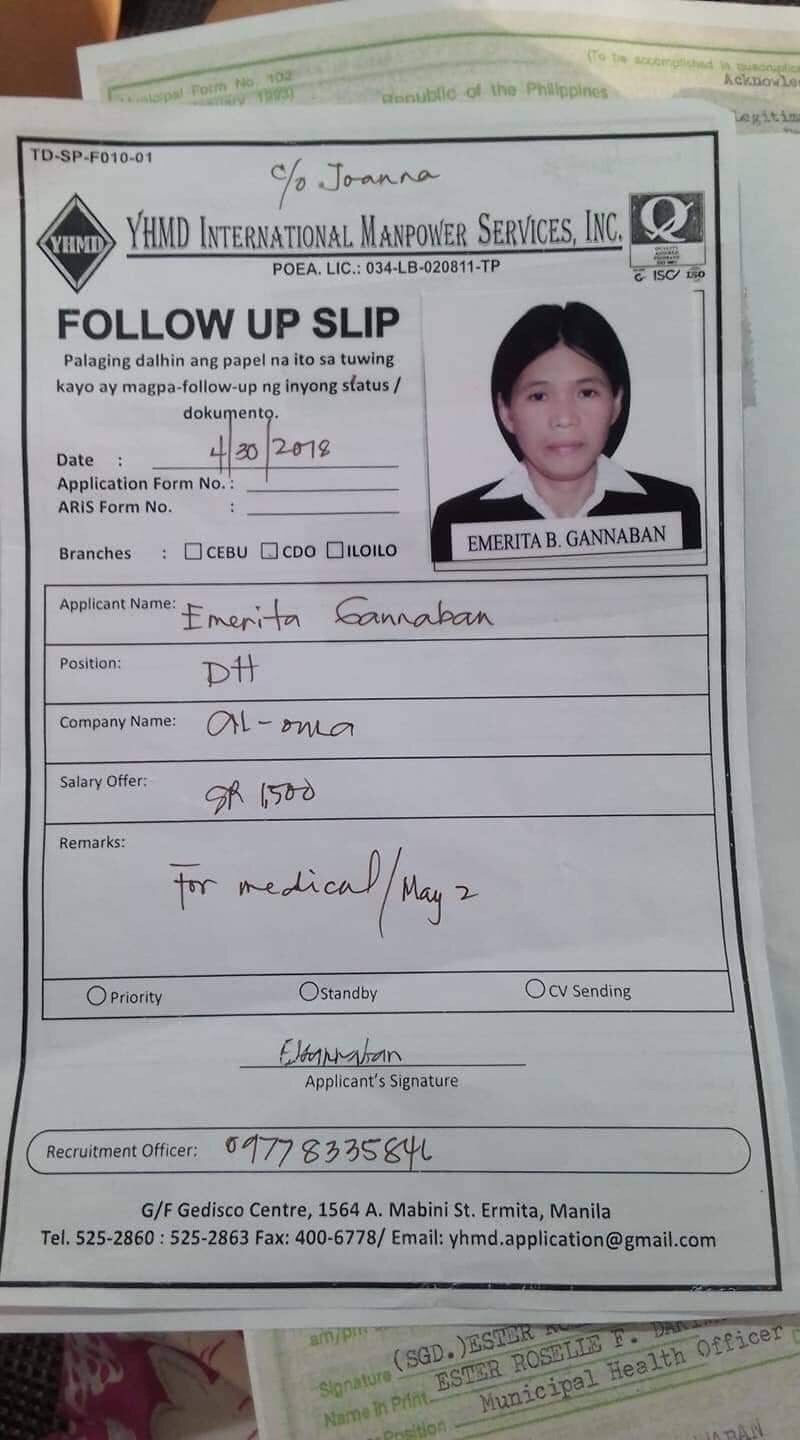 TICKET TO UNCERTAINTY The piece of paper from a recruitment agency that sent Emerita Gabban to Saudi Arabia.

A migrant worker from Kalinga province has died from poisoning in Saudi Arabia where she has been working as a maid for less than four months.

Emerita Gannaban, 44, a resident of Balbalan town, died on Oct. 27 after drinking a still undetermined liquid, according to reports reaching her family in Kalinga.

It was Gannaban’s first overseas job and she should have been monitored by her recruiters, the local YHMD International Manpower Services and Aloula recruitment office in Saudi Arabia.

Her brother, Cezar Bawit, said a nurse at Prince Mohammed Abdulaziz Hospital in Saudi Arabia contacted them on Oct. 29 about Gannaban.

She was reportedly taken to the hospital and was able to inform a hospital staffer about her situation, Bawit told the Inquirer on Friday.

Bawit said his sister’s mouth and internal organs were burned by the liquid she had ingested. She also had bruises all over her body.

“Before she died, my sister had phoned us about being maltreated,” Bawit said, adding that she wanted to come home, less than four months since she was recruited on June 23.

“She told us she was being locked in the bathroom and had not been fed nor given time to rest properly after work,” Bawit said.

The family was about to report the situation to the Overseas Workers Welfare Administration but they had already been told of Gannaban’s death.

He said the family would decide on a course of action, but the Department of Foreign Affairs had advised them to delay pursuing a complaint until after Gannaban’s remains have already been repatriated. —Valerie Damian