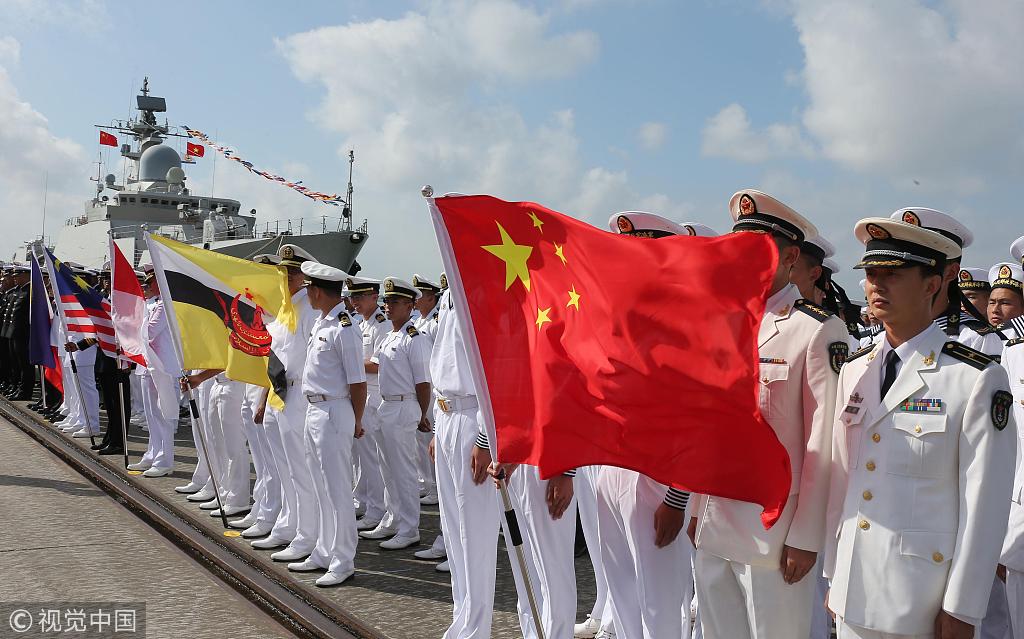 The navies of China and 10 ASEAN countries begin their first joint maritime exercise in Zhanjiang, Guangdong province, on Oct 22, 2018. [Photo/VCG]

BEIJING — The navies of China and 10 Asean countries began their first joint maritime exercise in Zhanjiang, Guangdong province, on Monday. The exercise will include the application of The Code for Unplanned Encounters at Sea, as well as search and rescue operations and communications exercises.

Eight ships, three helicopters, five observers and more than 1,200 personnel from China and all Asean countries will participate in the exchanges on shore and exercises in waters east of Zhanjiang between Oct 22 and 28.

The Asean-China Maritime Exercise-2018 is aimed mainly at advancing defense cooperation and maritime security between China and ASEAN, as well as the application of The Code for Unplanned Encounters at Sea, said Zhu Jianda, Chinese commander of the shore-based joint command for the exercise.

“It is indeed an important step that we all gather here for the opening ceremony of this milestone for Asean and China,” said Lew Chuen Hong, Singapore’s naval chief.

Last week, at the Asean Defense Ministers’ Meeting-Plus, the ministers reaffirmed the exercise as an important confidence-building measure, he said.

It is set to become a dominant platform for deepening mutual understanding and exchanges, to establish a new brand for China-Asean security cooperation and set a new milestone for regional security and building a community of common destiny for China and its Asean neighbors, he said.

The six countries will take turns commanding the exercise. Observers are from Cambodia, Indonesia, Malaysia and Myanmar.

The exercise was proposed by China at an informal meeting of defense ministers from China and Asean in 2015. In preparation, a joint table top exercise was carried out in Singapore in August.

A planning meeting for the exercise was held on Monday, with tug-of-war, basketball matches and exchanges of diving theories.