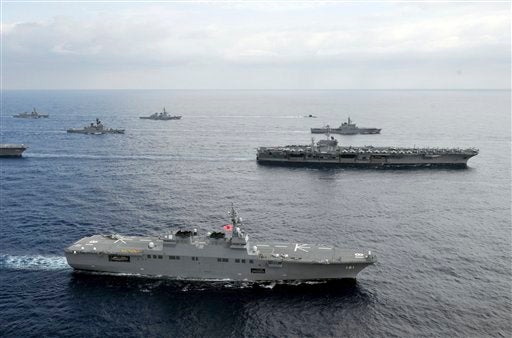 US warships go on maneuver in this undated file photo. AP FILE

The Philippines will not join the United States in a “show of force” in the South China Sea as Chinese President Xi Jinping visits Manila in November, Malacañang said Tuesday.

Roque said the President and the ambassador “discussed the upcoming visit of President Xi to the Philippines.”

“China of course expressed concern over a naval military exercise that the United States will be conducting in the area at about the same time that the Chinese President will be in the Philippines,” Roque said in a Palace briefing.

“The President said we would not take part in that military exercise,” he added.

Earlier, CNN reported that the US Pacific Fleet was planning to conduct a series of military drills in the South China Sea this November. /cbb