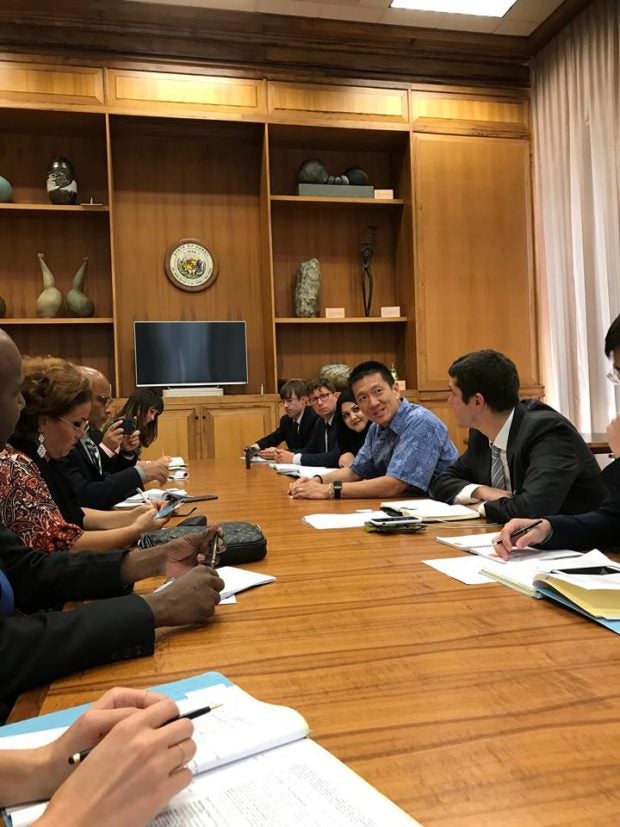 HONOLULU — Maria, a university staff worker living in Hawaii for more than three decades, would not give a direct answer when asked if she supports US President Donald Trump’s ban on Muslim-majority countries.

“It’s a very complicated issue,” the Filipino-American said with a laugh.

But when encouraged to speak her mind, Maria (name changed), who immigrated to the US after the Edsa People Power Revolution of 1986, said she thought the travel ban was a necessary evil to ensure the security of the state.

“You know, there are all kinds of problems with terrorists and ISIS (Islamic State) and all that, so it’s only for security,” she said.

It’s a controversial opinion in Hawaii, a highly liberal, ethnically diverse state, but Maria is not alone.

More than any other immigrant group, Filipino-Americans were more likely to support Trump’s travel ban on Muslim-majority countries, according to Doug Chin, Hawaii’s lieutenant governor who had challenged the widely-reviled policy.

Chin, the former attorney general, said the large Filipino population in the state favored Trump’s “Muslim ban” despite initial fears in 2017 that the Philippines — a Muslim-minority nation grappling with religious conflict on the southern island of Mindanao — might be added to the list of banned countries.

Speaking to visiting journalists earlier this month, Chin said he observed such a sentiment among the Filipino community, even as other immigrant populations, especially Japanese-Americans and Chinese-Americans, stood up to oppose the ban.

“I think what quickly got around the citizens [who] were here, the people who live here in Hawaii was this idea that when you attack one group, you’re attacking all of us, that is, essentially if you attack one group, what’s to stop another type of attack?” he said during the 2018 East-West Center Senior Journalists Seminar.

The ban, whose third iteration was upheld by the US Supreme Court in June, suspends indefinitely the issuance of travel visas for Muslim-majority countries Libya, Iran, Somalia, Syria and Yemen, as well as North Korea and Venezuela.

Chin, as the attorney general, led one of the legal challenges to the Trump administration’s immigration policy, which was seen as having been motivated by anti-Muslim sentiment, arguing that the ban discriminates on the basis of nationality and prevents Hawaii residents from receiving visits from relatives in the Muslim-majority countries.

In late June, the Supreme Court affirmed the legality of the travel ban in a controversial 5-4 decision.

Chin said he received a “small degree of criticism” for bringing the lawsuit against the President.

“And that small degree of criticism had much to do with the fact of ‘why are you getting Hawaii involved?’ ‘There’s hardly any Muslims in the state of Hawaii’,” he said.

By and large, however, he said he got ample support from Hawaiians, especially among the Japanese and Chinese who were reminded of racial segregation during and before the war.

On the other hand, most of the almost 200,000 Filipinos residing in Hawaii appeared not to think the same way, according to Chin, who is of Chinese descent.

“[I] will say that the criticism that you’re describing is valid and it’s something I would hear,” the Hawaii official said when asked by the Inquirer to confirm whether Filipinos reacted positively to the ban.

Chin suggested that the relatively small support for the travel ban among Hawaiians might be explained by a cultural aversion to antagonize government.

“Speaking as an Asian-American myself, I think the usual cultural reaction among Asian-American populations is ‘trust the government.’ That’s how my parents raised me,” he said.

“So I grew up believing that’s the course of action for everything: Just trust government and keep doing your own thing, and everything will work itself out,” he added.

What’s ironic about Filipino-American sentiment about the travel ban, according to Chin, is that there was a time when Trump might have seriously considered including the Philippines on the list of banned countries.

In early 2017, “there was buzz going on among various different groups where people were starting to think what if now that he’s banned these Muslim-majority countries into the United States, if we allow that to happen, what’s to stop him from banning the Philippines?” he recalled.

“You know, if he woke up one morning and said, for national security reasons, I’m mad at President Duterte who’s scary and dangerous, therefore, I’m going to ban people from the Philippines,” he said.

In such a case, “I think people in Hawaii would be very concerned about that because we have so many people who live here who were from the Philippines,” Chin said.

Before he won the election, Trump lumped the Philippines together with other “terrorist nations,” whose citizens he said should be denied entry to the United States during a anti-immigration speech in Maine in August 2016.

But he and President Duterte have been on friendly terms since then, each publicly expressing admiration toward the other despite the Philippine leader’s frequent anti-US rhetoric.

In July 2017, the Philippines was also one of the few countries in the world that viewed Trump in a positive light.

A Pew Research Center study found that only eight of 37 countries surveyed had confidence the US leader would do the right thing in world affairs, with the Philippines emerging on top.

Some 69 percent of the Filipino respondents expressed trust in Trump, though this was well below the 94 percent his predecessor Barack Obama registered in 2015.

The seminar organized by the Honolulu-based East-West Center is an annual fellowship for journalists in the US and countries with substantial Muslim populations, who go on a three-week tour of US, Asia, and Africa to study the role of religion in the public sphere. /kga