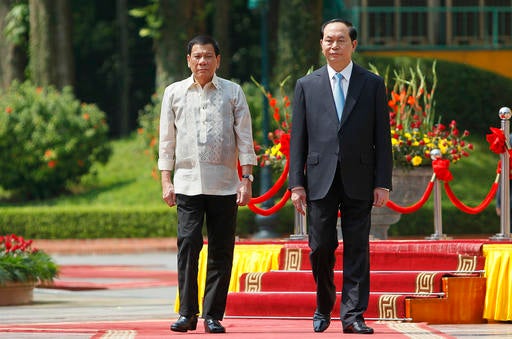 The Palace has offered condolences and prayers to the nation of Vietnam following the death of President Tran Dai Quang.

“The Palace offers its deepest condolences to the government and people of Vietnam on the demise of President Tran Dai Quang,” Presidential Spokesperson Harry Roque said on Sunday.

“Our prayers and thoughts are with the family and the Vietnamese people,” he added.

Quang died on Friday after a serious illness. He was 61.

Roque also said that President Rodrigo Duterte recalled the hospitality of Quang during his two-day official visit to Vietnam back in 2016 and Vietnam’s hosting of the APEC Summit in 2017.

During Duterte’s visit to Vietnam in 2016, he encouraged more Vietnamese businessmen to invest and import more products in the country.

Both the Philippines and Vietnam also agreed to establish a six-year action plan to fight against criminality and drugs. /je