Duterte slams ICC anew: ‘They are a bunch of criminals, bullshits, idiots’ 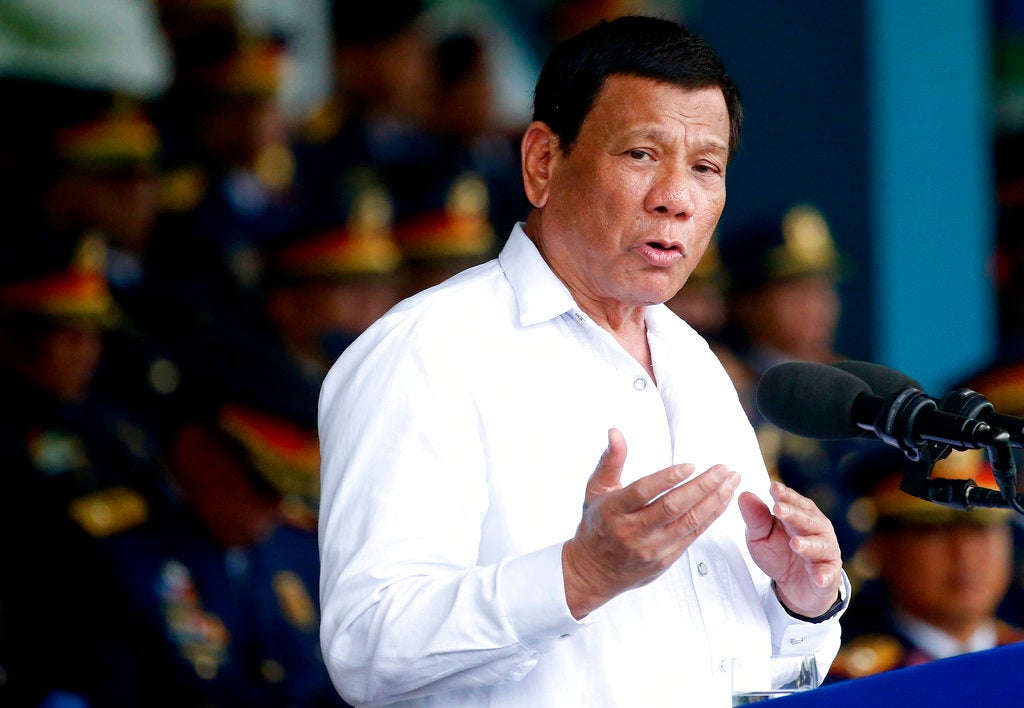 In his speech before the Asia Pacific Association of Gastroenterology in Lapu-Lapu City, Cebu, the President called the ICC “a bunch of criminals,” “bullshits” and “idiots.”

“I said you’re all bullshits. They want to send me to prison and try me for genocide… They are a bunch of criminals, they cannot even show me how they died, when they died, where. Nothing,” Mr. Duterte said before an audience of doctors.

He added that if accusations he was responsible for 4,000 deaths were true, it won’t leave him time to go to the toilet as “it would keep me busy 24 hours.”

He also lumped the ICC in the same category as his critics who he downplayed as failing to muster large numbers of protesters, calling them “20 idiots including the ICC.”

This, he noted, is if the ICC will push through with its plan to investigate the conduct of U.S. military personnel during the war in Afghanistan.

Bolton called the ICC an “illegitimate court” that threatened American sovereignty. The U.S. is not a member of the ICC.

Earlier this week, Mr. Duterte lauded Bolton for standing up to the ICC and “calling them out on their bullshit.”

“I think Bolton was right. He attacked the ICC. But before that, I was the one, and it got me into a quarrel with (former U.S. President Barack) Obama,” the President said.

Mr. Duterte accused the ICC of imposing European values on other countries and engaging in “international governing.”

As to Obama, the President recalled his tirades against the former U.S. President, whom he accused of castigating him in a press briefing at the White House during his term.

“You guys if you want something done about me and my actuations, there’s always the United Nations. That’s the forum where we air our grievance against anybody. But you just don’t take for granted just because I am a very small republic,” Mr. Duterte said.

In his visit to Israel earlier this month, Mr. Duterte apologized to Obama but said he has also forgiven Obama for the latter’s comments on his war against illegal drugs.

On Friday night, however, the President seemed far from letting go of his stinging words against Obama.

“I told him, you son of a bitch you go to hell. You know, you are a President of America, very powerful, good. You are the conscience of the world, fine. But you do not castigate a head of state like me in a press briefing in the White House,” he said.

He added that it was after his spat with Obama that he began pursuing an independent foreign policy by building relations with China and Russia.

“We have been very constricted in our national policy because we were dovetailing American policies. Enough is enough,” the President said.

He reiterated that he doesn’t care if foreign countries don’t like his style of governance, stressing that he considers himself accountable only to Filipinos.

“I’m not the favorite of everybody and I don’t care. I was not elected by America; I was elected by the Filipino people. I answer only to Filipinos. Not to foreigner. And I don’t give a shit if you do not like it. That is my answer,” Mr. Duterte added. /kga