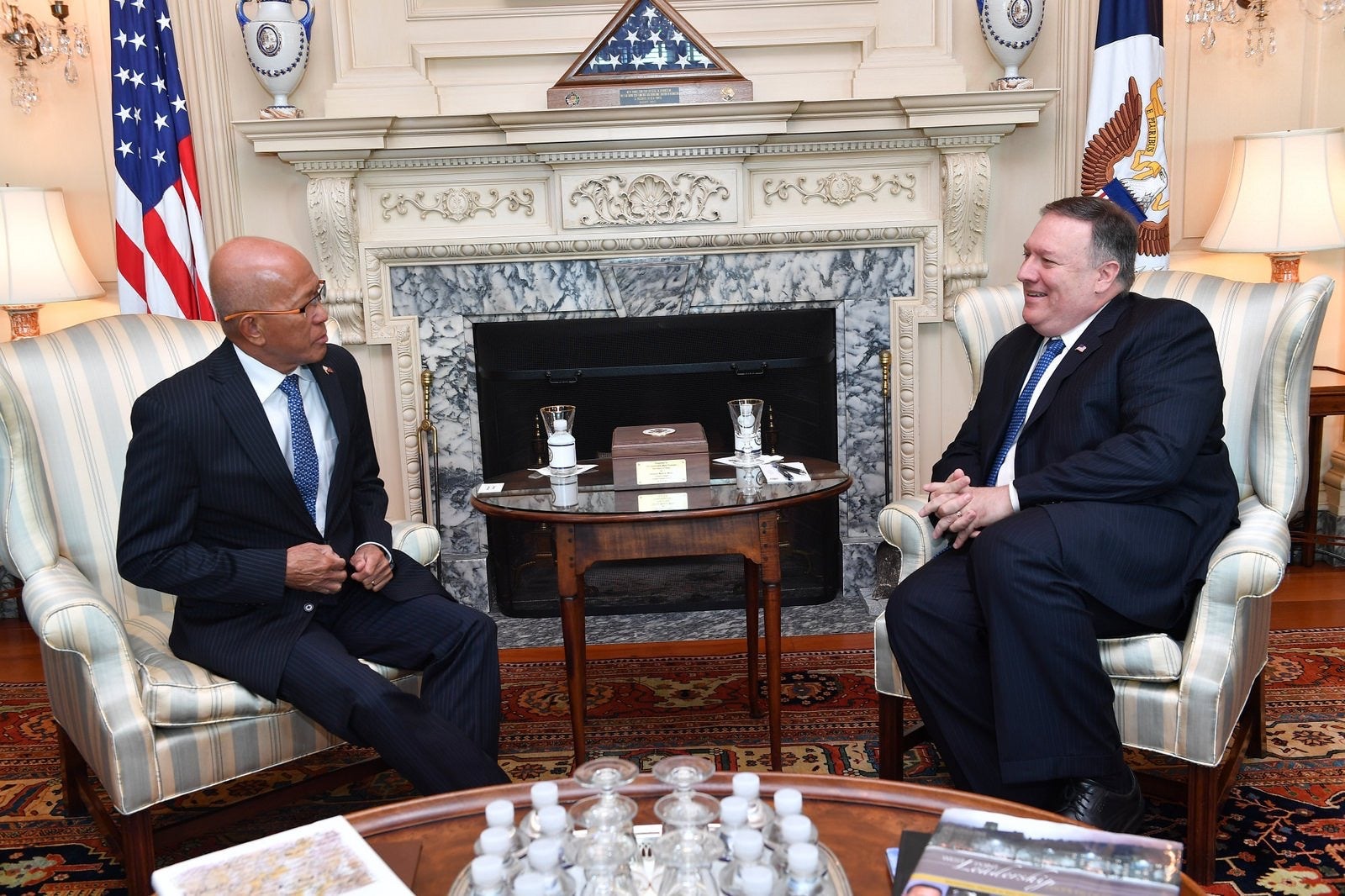 Defense Secretary Delfin Lorenzana and US Secretary of State Michael Pompeo. Photo from US Department of State

Key regional security issues including South China Sea militarization and terrorism were among the agenda in the meeting between Defense Secretary Delfin Lorenzana and US Secretary of State Michael Pompeo in Washington.

The meeting of the two officials on Wednesday (US time) came a day after Lorenzana met with his US counterpart Secretary of Defense James Mattis at the Pentagon.

“Secretary Pompeo and Secretary Lorenzana discussed cooperation on addressing regional security challenges, including the militarization of the South China Sea and the threats posed by terrorism and efforts to achieve denuclearization in North Korea,” State Department spokesperson Heather Nauert said in a statement.

The US is a non-claimant in the resource-rich South China Sea, but it has expressed deep concern on how China has transformed disputed reefs into military installations.

Both the Philippines and US, decades-long allies, are bound by the Mutual Defense Treaty of 1951.

Pompeo was one of the three US officials identified by President Rodrigo Duterte a month ago who supposedly wrote him a letter, offering US defense military equipment for procurement.

The Secretary of State also offered assistance in humanitarian efforts for the victims of Typhoon Ompong (Mangkhut), as he expressed his condolences for the damages and loss of lives.

Aside from Mattis and Pompeo, Lorenzana has so far met with Sen. Dan Sullivan, a member of the US Senate Armed Services Committee; Sen. Cory Gardner, chairman of Senate subcommittee on East Asia and Pacific; and Philippine Ambassador Jose Manuel Romualdez, the Philippine Embassy to Washington said. /jpv