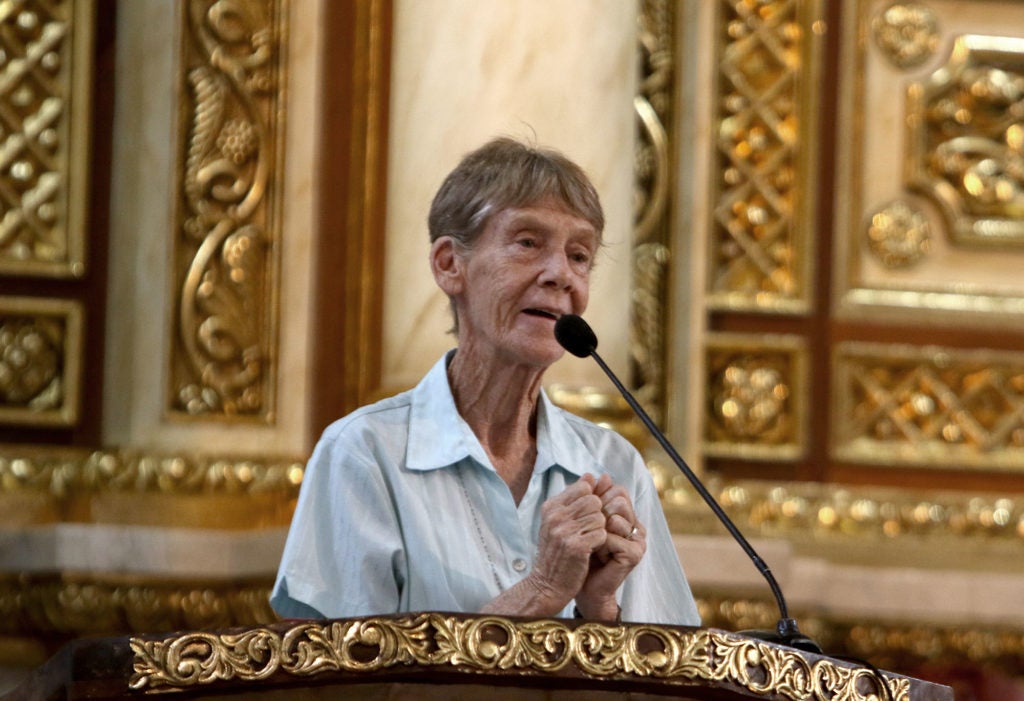 Sister Patricia Fox on Monday filed a motion for reconsideration with the Bureau of Immigration (BI) following the agency’s revocation of her request for an extended missionary visa.

The 72-year-old missionary is now required to have her visa downgraded to a 59-day temporary visitor’s visa. The validity begins from the date of the expiry of her missionary visa, which was September 5.

In the motion, Sister Fox’s legal counsel said the memorandum of agreement between Fox and the Catholic Bishops Conference of the Philippines (CBCP) did not preclude the extension or renewal of the missionary visa for another 10 years contrary to the BI’s recent ruling.

“As a matter of fact, her missionary visa had been repeatedly extended by the Honorable Office for several times, first, during the first 10-year period from 1990, the year she arrived in the country, then in the year 2000 or thereafter, for the second 10-year period, and later in 2014 for the third 10-year period,” Fox said in the motion.

The nun’s camp noted that when the BI approved the conversion of Sister Fox’s tourist visa into a missionary visa on September 5, 2014, she was given a new or a fresh period of 10 years from the said date or until 2014 to stay in the country.

“Thus, the applicant is allowed to renew or extend her missionary visa until 2024 pursuant to the MOA that the Honorable Office has entered into with the CBCP,” her lawyer pointed out.

Sister Fox also contested the ground that the BI issued a deportation order against her for violation of the conditions of her stay.

She said the deportation order against her is “not yet final executory as the same is under appeal with the Department of Justice (DOJ). Hence, the decision to grant or deny the application for extension or renewal of her missionary visa should not be based and hinge on the order of deportation.”

The nun was arrested on April 16 for allegedly joining rallies. She was later released for further investigation after discovering that she had a valid missionary visa. /kga