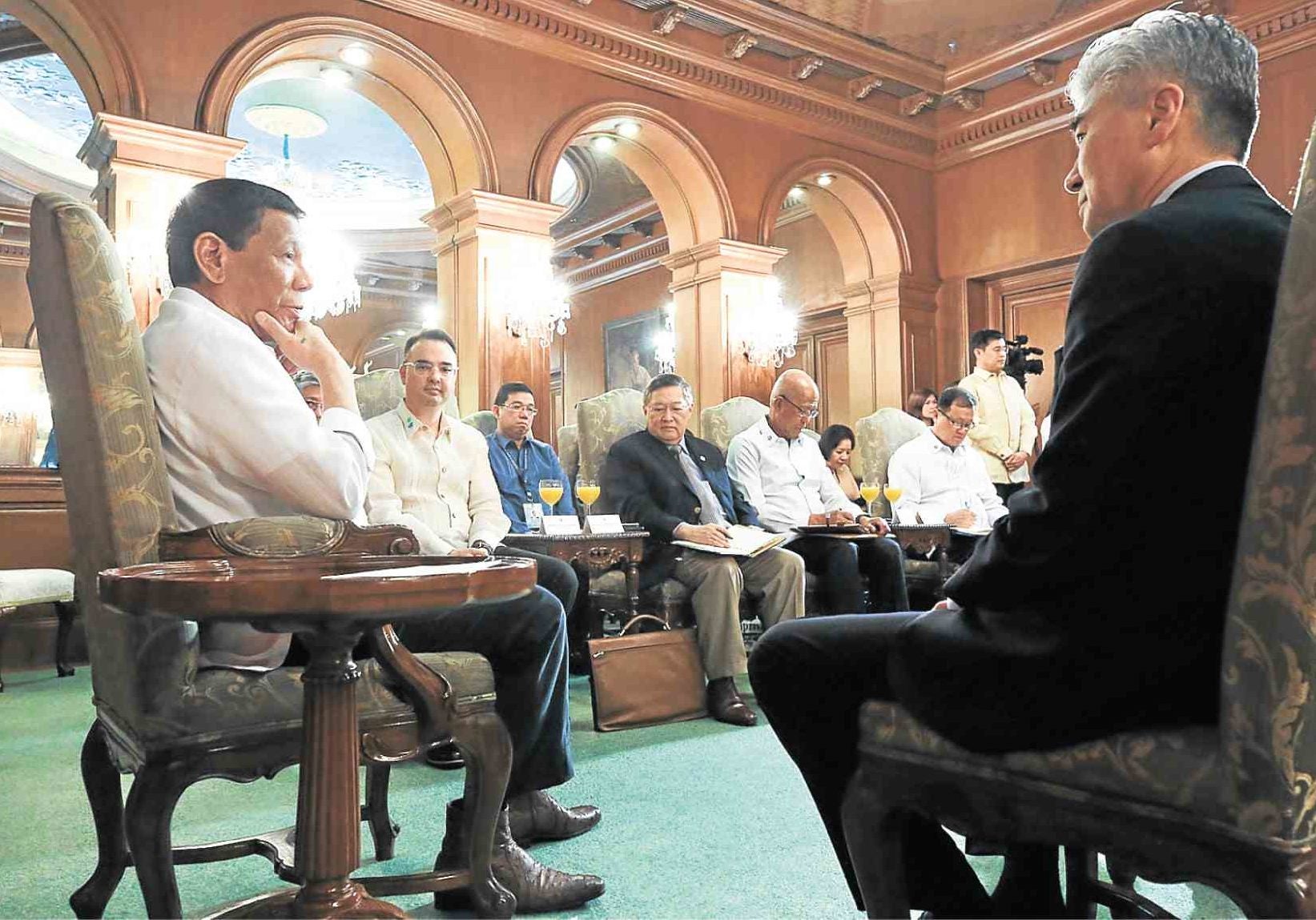 President Duterte’s meeting with US Ambassador to Manila Sung Kim in Malacañang on Wednesday underscored the Philippines’ “closer relations” with the superpower.

While stressing that the meeting was “private,” the Palace said the Philippines had always had good relations with the United States.

“I cannot discuss [details of the meeting] until I get [Kim’s] permission. It’s a diplomatic tete-a-tete, but nothing earthshaking. [It’s] more of confidentiality; I hate to break the rules.”

In a press briefing on Thursday, presidential spokesperson Harry Roque said he expected Mr. Duterte’s meeting with the US ambassador to “result in closer relations” between the two allies.

President Duterte conferred with Kim weeks after he challenged the United States to show “good faith” and prove its willingness to enter into a weapons purchase deal with the Philippines without American lawmakers blocking the sale.

In reply to a letter sent to him by the secretaries of the US state, defense and commerce departments last month, the President also said he was not interested in US offer of Lockheed Martin’s F-16 multirole fighter jets because the Philippines “has no enemies.”

Malacañang said it had no other details of the meeting between the two officials.

On his Twitter account, Kim described the meeting as an “excellent” opportunity “to discuss shared goals, including defense priorities and economic partnership” and that the two countries’ alliance “remains strong and ironclad.”

Roque said there was no reason to doubt Kim’s social media post but he would still get clearance from the President as to the details of the meeting.

“As you know, this is a diplomatic meeting. So it was classified as a private meeting,” he added.— JULIE M. AURELIO