Duterte took Marawi troopers with him to Israel, Jordan as a ‘gift’ – Go | Global News

Duterte took Marawi troopers with him to Israel, Jordan as a ‘gift’ – Go 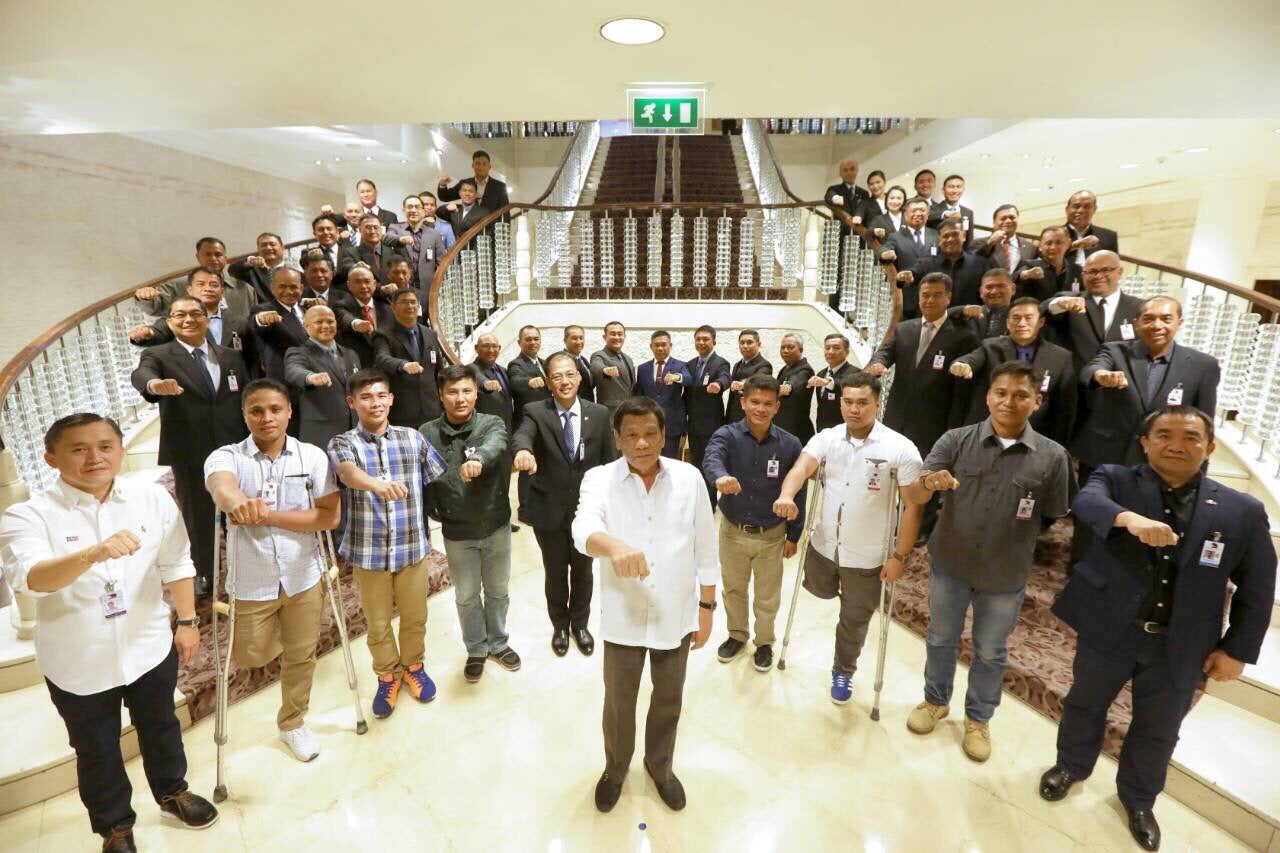 ‘A GIFT FOR SERVING THE COUNTRY WELL’ Soldiers who lost their limbs during the Marawi siege, including retiring police and military generals, join President Rodrigo Duterte in his trips to Israel and Jordan. MALACAÑANG PHOTO

Some soldiers who lost their limbs fighting during the five-month Marawi siege joined President Rodrigo Duterte in his historic visit to Israel and Jordan.

Special Assistant to the President Christopher “Bong” Go said the trip was the President’s “gift” to the soldiers who survived the Marawi siege. These soldiers needed to have their limbs amputated due to the injuries they sustained fighting terrorists linked to the Islamic State in the city.

Aside from the Marawi soldiers, the President also brought with him retiring police and military generals.

“That is my gift to them for serving the country well,” the President said.

During his visit to Israel from Sept. 2 to 5, the President visited a military facility to view defense equipment as he told the military to buy arms and weapons from Israel.

In his visit there, Duterte also toured a military facility at the King Abdullah II Special Operations Training Center where he and the Jordanian King witnessed urban terrain operations.

The Philippines together with Israel and Jordan vowed to strengthen cooperation in counterterrorism as the region continues to face unrest over terrorist threats.

“It [siege[ could have dragged on were it not for the very substantial and crucial equipment which I am not also at liberty to say now. But it was a help to preserve the Republic of the Philippines and I thank you for that,” Duterte told Nethanyahu.

In his Jordan trip, Duterte and King Abdullah II vowed to unite on the fight against terrorism.

“So I think one of the main things that bind us together is the scourge of terrorism which is a challenge for our region and your region, for your country and my country,” the King told the President during their meeting.

Duterte told the King that it would take “a lot more years to stop” terrorism. But thanked the Jordanian monarch for donating to the Philippines two Cobra attack helicopters, which would boost the country’s anti-terror capabilities.

The President ended his official visit to Israel and Jordan on Friday and arrived in the Philippines on Saturday morning.